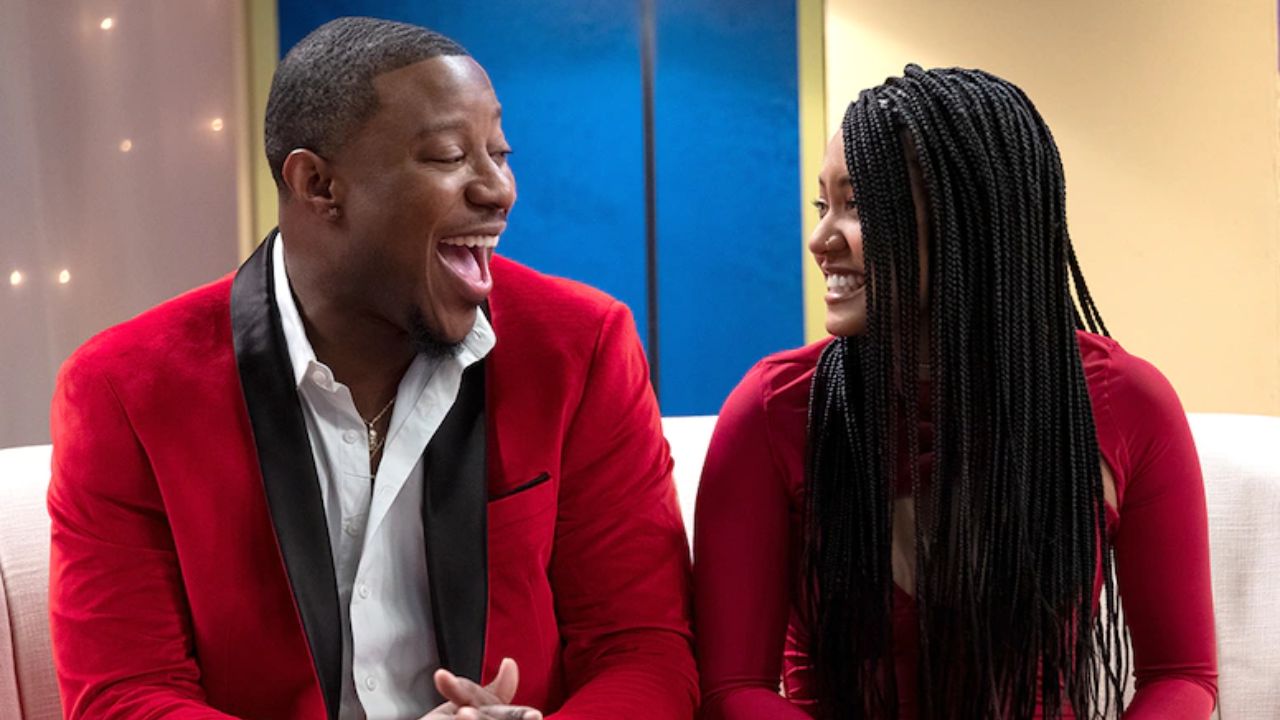 Iyanna from Love is Blind is currently the subject of weight gain speculations and pregnant rumors following the Season 2 reunion episode. While she has indeed gained weight, is there anything on Iyanna McNeely’s pregnancy? Let’s find out.

Love is Blind is an engrossing Netflix original dating reality show in which a group of wedding-eager singles try to discover their perfect mate and get hitched despite never meeting.

In a nutshell, it’s a social experiment that encourages cast members to concentrate on emotional appeals in order to determine whether falling in love just based on dialogues and personalities is possible. Iyanna and Jarrette were among those who put this concept to the test in season 2.

Meanwhile, many fans are recently curious about Iyanna’s physical appearance rather than her romantic relationship. So, what’s up with her speculated weight gain? Is she pregnant with Jarrette Jones’ baby? Let’s find out.

Reddit has been filled with speculations on Iyanna McNeely‘s weight gain (some even claiming she might be pregnant) in recent days as many admirers and detractors shared their piece on how they felt about Iyanna’s latest physical transformation during the reunion episode.

Taking a glance at her still images from the reunion, many fans jumped at the opportunity to comment on her appearance.

Iyanna does look a lot older and I love her braids✅ but the camera stills are not flattering?

Another remarked on her apparent weight gain,

I couldn’t figure out if Iyanna gained a lot of weight, or if the braids make her face look much fuller than the pixie. Either way, Jarrette won the lottery.

Many fans concurred that they didn’t even recognize Iyanna as she looks like a completely different person now, following a visible weight gain and unrecognizable hair.

In the meantime, some replies defended her current look, stating:

Nothing wrong with Iyanna’s hair. Feels a bit interesting that that’s what she’s being reduced to in the comments.

To be fair, the majority of the comments were positive and thoroughly supportive of Iyanna’s relationship with Jarrett.

To sum up, Iyanna did undergo weight gain, and she seems to have changed her hair. However, she is still as beautiful as ever. And no, Iyanna from Love is Blind is NOT pregnant!

Are Iyanna and Jarrette Still Together?

Despite the roadblocks, Iyanna and Jarrette‘s face-to-face meeting demonstrated that their affections for each other were as sincere as they could be.

Despite their choice to not be sexually involved until they tie the knot, their time together at the getaway in Mexico reinforced the same owing to their obvious affection.

Yes, his extended and potentially flirty talks with Mallory, as well as their vastly different personas, appeared to cause some alarm, but the pair worked it out. As a result, the only big difficulty that remained was Iyanna’s feeling of being a backup.

Jarrette’s sentiments of assurance and resolve usually comforted Iyanna, even if he hadn’t undertaken any radical changes in his partying routine (compared to Iyanna’s introversion).

He made it plain time and time again that he was willing and that she was the perfect partner for him, so it’s no wonder that when that was coupled with their real love and affection, they both exclaimed “I Do.”