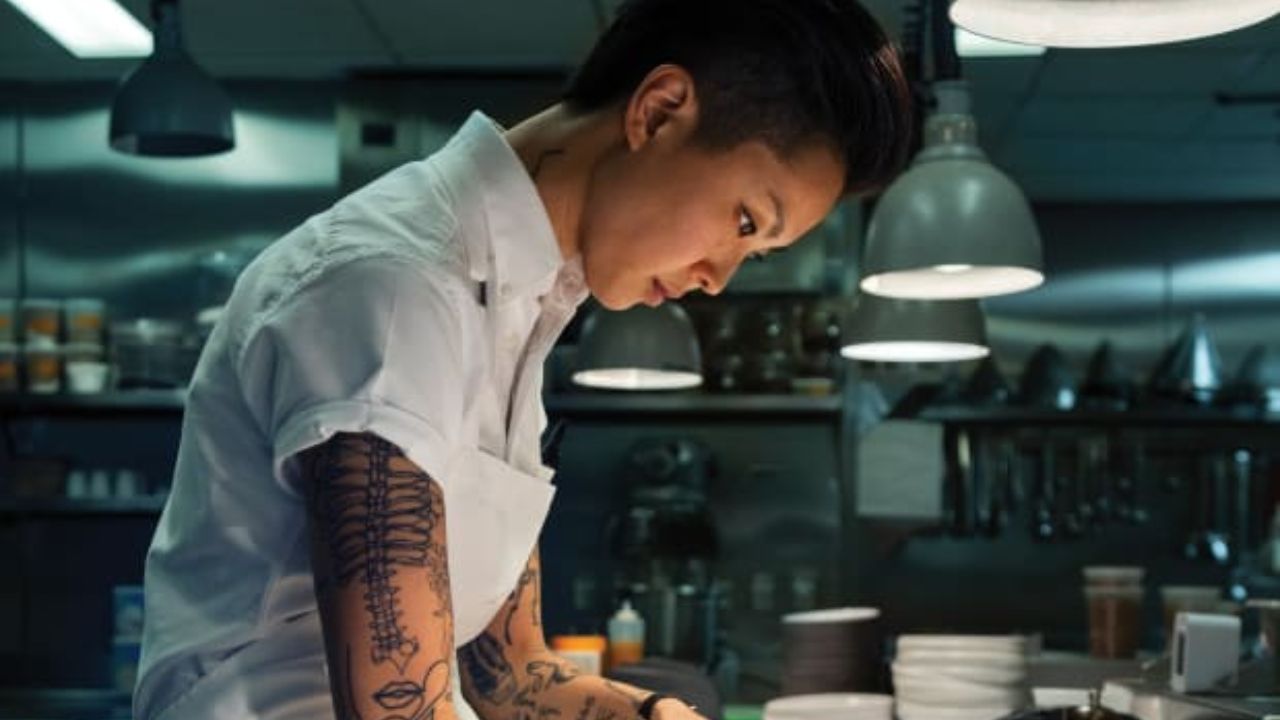 Kristen Kish’s tattoos, notably her neck tattoo, grabbed the attention of the viewers. Kristen Kish, the winner of Season 10 of Top Chef’s presence in the recently released Netflix series Iron Chef: Quest for an Iron Legend has catapulted her into the spotlight. Go through the article to learn more about Kristen Kish’s tattoos!

There aren’t many food competition shows that can be compared to martial arts films, but Iron Chef is one of them. This week, Netflix returned to the world of Kitchen Stadium with the next installment of the renowned Iron Chef program.

Iron Chef is a series of eight episodes that began on June 15th. Fans have been drooling over Kristen Kish, the show’s host, and chef, and want to learn more about tattoos after seeing her tattoos in the new series. Thus, here’s what we’ve learned so far!

Kristen Kish’s Tattoos: Her Other Tattoos, Including Her Neck Tattoo, Are Inspired by Her Trade!

The Netflix show Iron Chef: Quest for an Iron Legend is hosted by former Iron Chef America host Alton Brown (@altonbrown), and Mark Dacascos reprises his role as The Chairman, although the Netflix show is unlike previous Iron Chef versions. For starters, Kitchen Stadium has been reimagined for the new series, which premieres on June 15 on Netflix, and Kristen Kish (@kristinkish), a previous Top Chef winner, joined Brown as a co-host.

Kristen, who is 39 years old, has a large fan base thanks to her fascinating and energetic manner on the show Top Chef.  Chef Kristen Kish rose to fame after winning season 10 of Bravo’s iconic cooking series Top Chef. Kish received his training in classic French cooking at Le Cordon Bleu in Chicago and has worked as chef de cuisine at Barbara Lynch’s Boston eateries, Stir and Menton. Kristen is the author of the cookbook Kristen Kish Cooking and the owner of Arlo Grey in Austin, Texas.

Kish was born in South Korea and later adopted by a Michigan family. Kish claims she felt dissatisfied with her appearance when she was younger. She told Inked,

One thing I was always attempting to do was manipulate my appearance in some manner.

Kish continued to alter her look, this time through tattoos, as she grew older and began to explore other cooking techniques and cuisines. She now has a slew of black tattoos on her arms, each with a very particular goal and purpose, according to her.

Her Korean name, which is tattooed across her wrist, was Kish’s first piece of ink. Her collection includes a woman clutching a chef’s knife, a butter knife, a fish skeleton, herbs, a whisk, and many more instruments of her craft, adds Inked. Kish’s other tattoos are inspired by her trade.

The regions that have affected and impacted Kish’s culinary profession are commemorated in one of her most intricate tattoos. She explained to The Slant:

Kish claims that all of her tattoos have significance for her, even though that meaning may not be obvious to others. She went on to say,

I like to have slightly esoteric tattoos, she told Inked, so that others might not be able to determine what it is or why I got it. Kish’s tattoos, like the dishes she creates for Arlo Grey, appear to be expressions of her creativity, history, and love of the culinary arts.