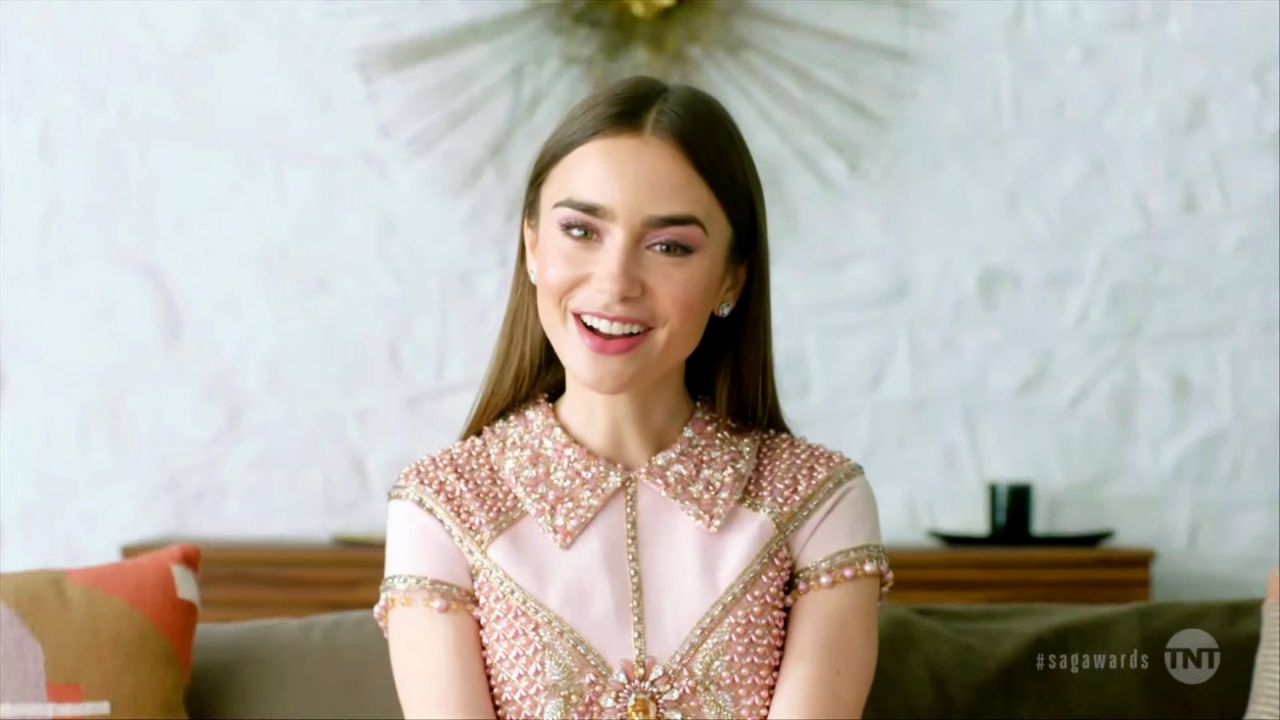 Yes, Lily Collins can actually speak French in real life. The Emily in Paris actress revealed that she can speak it fluently because she grew up speaking the language in her school. However, she also claims that her character in the show has harmed her French skills.

The romantic comedy series Emily in Paris on Netflix, created by Darren Star, follows the titular character as she relocates from Chicago to Paris in order to take a dream job at a marketing business. In the season 2 finale, Sylvie leaves Savoir to start a competing business and asks Emily to join her. In the third season, she will probably decide to stay in Paris and turn down her offer. Additionally, once he and Camille move in together as the former’s neighbors, things for Emily and Gabrielle get more difficult.

Being an American girl enjoying her “best” life in Paris, France while being entirely unable to communicate in the local language is one of Emily in Paris’ funniest aspects. The Netflix original series caused a significant rift among viewers when it premiered in October 2020.

The difficulty Emily has with the language barrier as an English speaker is one of their major gripes. Lily Collins‘ character struggles with her French, but what about the actress? Does she actually struggle in speaking French in real life? Let’s find it out.

Yes, Lily Collins Can Actually Speak Fluent French in Real Life: The Emily in Paris Star Claimed to Have Grown up Speaking the Language in School!

Surprisingly, Lily Collins can actually speak French in real life, as reported by Distractify. She revealed it in a film from the 2020 Netflix Afterparty as she explained,

Meanwhile, Emily, Lily’s character, is taking lessons to better her communication skills with others around her. Lily admitted that portraying a character who doesn’t speak French actually harmed her French skills. She added, “Emily is so bad at French and I’m playing a character who’s the most American I’ve ever felt in my entire life. It was very difficult for me to decipher between the two so my French, I think, got worse.”

Lily Collins  (@lilyjcollins) discussed her experience with Romance and Neo-Latin during her appearance on the same The Netflix Afterparty, saying:

My little brothers are half-Swiss, so I started speaking French with them at a young age, and I started dreaming in it and reading it.

Collins did, however, add that following the conclusion of Season 2, she started learning French again. The actress also stated that she will improve. In a 2020 interview with L’Officiel USA, Lily again compared her proficiency in French to Emily’s. She said that Emily was far worse than her in French.

Additionally, Lily is said to have visited Paris a number of times prior to her engagement with the Netflix series. This includes her participation in the Le Bal des Débutantes fashion show in Paris in 2007 which she attended as an 18-year-old debutante.

Will There Be Season 4 of Emily in Paris?

Given that season three ended on a cliffhanger, fans of this Netflix hit will already be curious about whether or not a season four of Emily in Paris is in the works. Lily Collins, the show’s star and producer, did hint in an interview with Entertainment Weekly that we’d “wish there was a season four right away,” and she most definitely wasn’t wrong.

Thankfully, there won’t be much waiting for a renewal announcement as Emily in Paris will actually return for Season 4 has already been announced. In an Instagram post earlier this year, Lily Collins, who of course serves as the series’ face while portraying American Emily Cooper, informed her fans of the news. Posting a picture of herself in an incredibly on-brand pajama set, she captioned,

Woke up early to give you some VERY exciting news… @emilyinparis is back for Season 3… AND wait for it, Season 4!!!!! I can’t tell if Emily would love or hate this announcement outfit but she’d be screaming either way. Truly love you all, thanks so much for the incredible support. Seriously cannot wait for more. Merci Beaucoup!!…

We don’t currently have a release date that is more precise. But we can make some quite accurate assumptions. We wouldn’t be shocked if season four followed the lead of seasons two and three, which were both released in full in December, just in time for a Christmas binge-watch. This puts the release date at December 2023.

Before leaving, find out the relationship status of Lucas Bravo and if Lucien Laviscount is gay.