Ben Belack From Buying Beverly Hills: Net Worth & Age of the Realtor; Find Him on Instagram & YouTube! 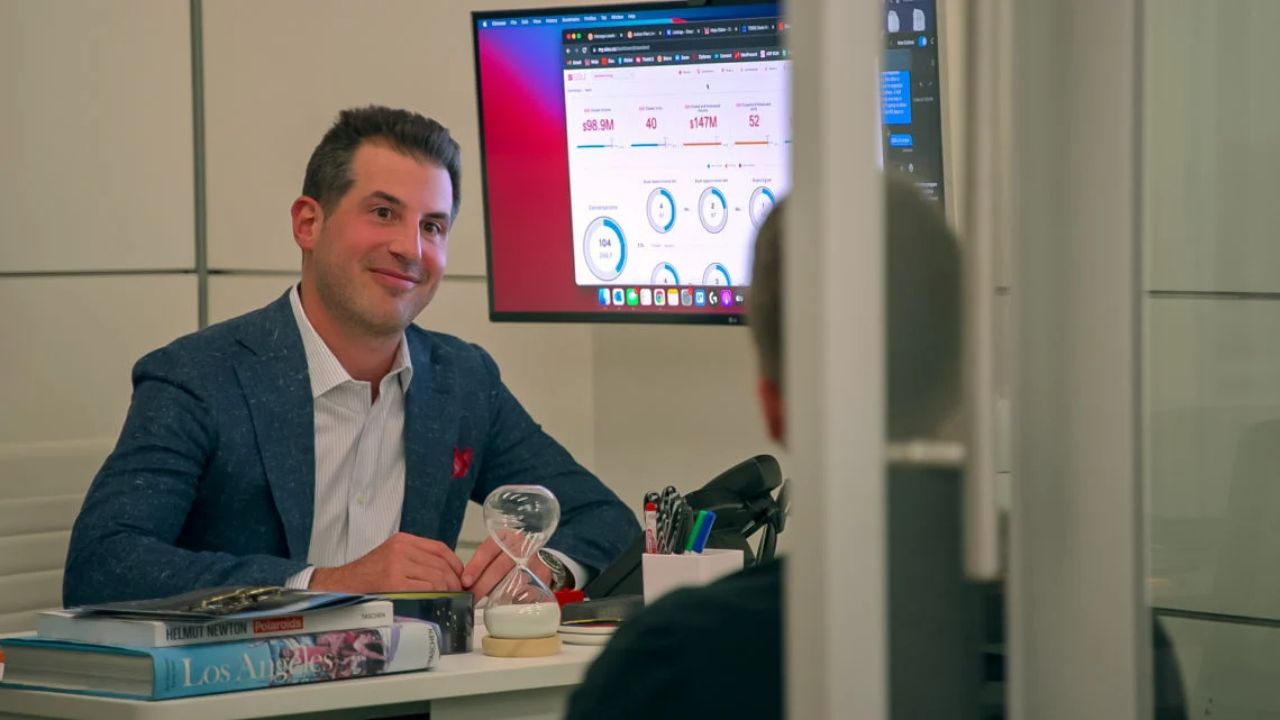 Ben Belack, one of the cast members of Netflix’s Buying Beverly Hills, has an estimated net worth of $10 million. The 42-year-old realtor is a top-ranked agent in the country and also shares his real estate knowledge on his YouTube channel. Follow to know more about Ben Belack with his Instagram handle (@benbelack).

Buying Beverly Hills on Netflix puts a focus on some of the most well-known figures in the real estate sector of Los Angeles County, California. In other words, The Agency-affiliated brokers are observed as they deal with challenges affecting both their personal and professional life in the reality series.

As to be expected, not everything works out the way these cast members might wish, but they keep trying their best to make the most of every circumstance and acquire respect in their competitive industry. It comes as no surprise that real estate-based reality series have been popular in recent years given the presence of lavish wealth and the combative personalities involved.

Many unquestionably outstanding agents are introduced to the audience in Season 1 of the show, including Benjamin Belack mostly known as Ben Belack, whose professional career has been nothing short of amazing. The real estate agent has worked arduously over the years to establish his position as one of the greatest in the industry and has crossed paths with numerous legends. Let’s know more about the realtor in detail.

Ben Belack From Buying Beverly Hills: The 42-Year-Old Realtor Has an Estimated Net Worth of $10 Million; Find Him on Instagram & YouTube!

Ben Belack (@benbelack), now 42 years old, was born in Philadelphia, Pennsylvania, in the United States on March 7, 1980. The Buying Beverly Hills cast was raised in a Jewish home, but we do not currently know his parents’ identities. We’ll get back to you as soon as we get information about his parents.

Ben claimed that when he was younger, he was “Girl Crazy and Insanely Competitive.” He excelled in academics and consistently received high ratings. His school was in Philadelphia, however, he moved to California and attended San Diego State University in 1998 after graduating from high school where he graduated in 2001 with a Bachelor of Arts degree in Psychology.

Ben Belack was then recruited as a sommelier in renowned Michelin-star restaurants, thanks to his constant ambition, where he gained valuable knowledge about working with clients and developing business abilities. His experience in the hospitality industry gave him a penchant for helping people and made it simple for him to transfer into the real estate business. He obtained his real estate license in October 2011 and began working with Teles Properties in January 2012.

Ben, however, left Teles in February 2014 and started working at The Agency. The reality TV personality currently serves as the company’s Director of Residential Estates and serves as the Senior Agent for the Ben Belack Group. The team, which is associated with The Agency, is made up of numerous skilled realtors for whom Ben acts as a mentor. He has been a part of numerous property deals in neighborhoods like Hollywood Hills, Beverly Hills, Bel Air, and Santa Monica.

Ben has gained a lot of knowledge over the course of his more than ten years in the real estate business. He recently participated in transactions involving more than $250 million. Throughout his career as a realtor, Ben has interacted with and assisted numerous celebrities. Additionally, he enjoys sharing real estate information by uploading videos to YouTube and Instagram.

Ben’s net worth might be evaluated by looking at the prices of the homes he has assisted in selling over his career. After all the research, The Cinemaholic claims his estimated net worth to be around $10 million.

Talking about his relationship status, Ben Belack is dating Amanda York, who holds a California real estate license and is well-known in the state. Amanda has worked at The Agency for more than five years as a Partner with the Grauman Rosenfeld Group. She and Ben initially worked together, but their relationship has now been going strong for a while.

This is clear from the way the agent couple always takes the time to shower each other with affection and show off their love on social media. Even though it doesn’t appear that the pair is yet engaged or has kids, they take their relationship very seriously. Even their shared love of eating and travel is apparent.

Additionally, we should point out that Amanda is currently ranked as the 6th best real estate agent in Los Angeles and the 33rd in the United States as a result of her tenacity and diligence. Since she was born and raised in the City of Angels, Amanda has benefited greatly from her local expertise, which enables her to match her clients with the most appropriate properties. We wish Ben Belack and his to-be-wife all the best for their future.