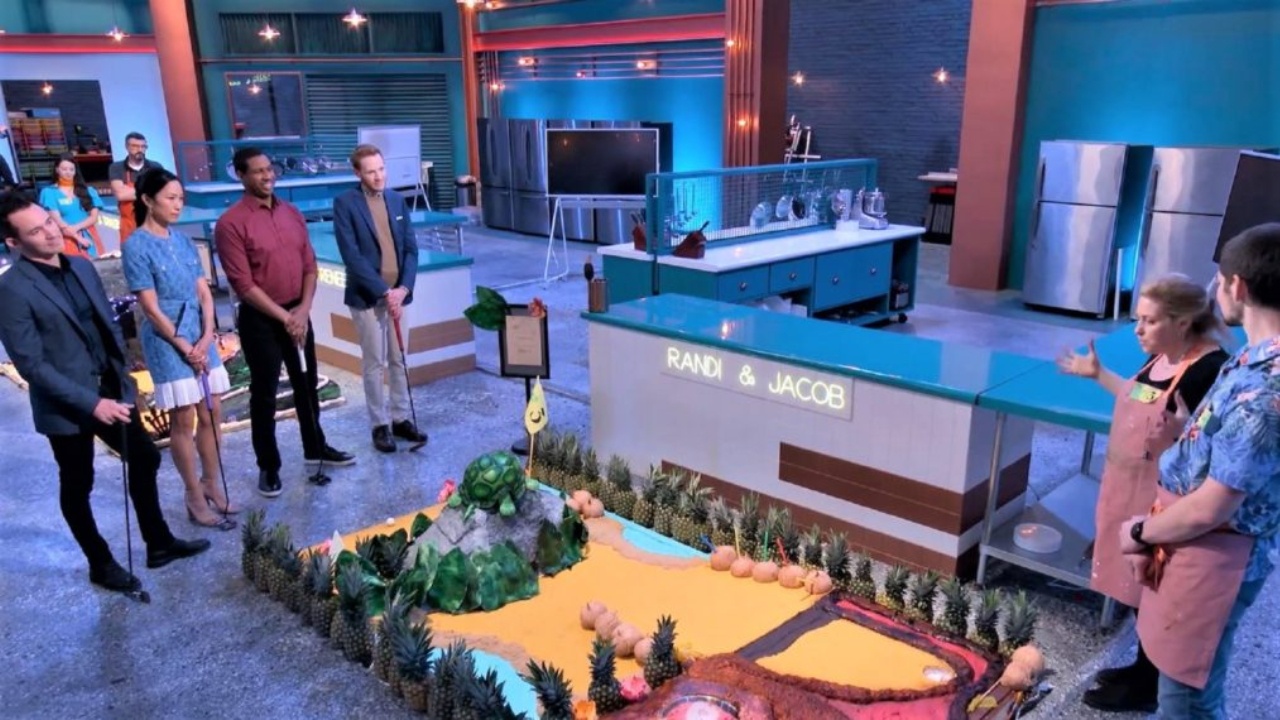 Baking Impossible premieres on Netflix on 6th October 2021. If you thought you’d witnessed everything there was to see in the realm of baking, think again because this competition shows all types of wonders being conjured up.

On Baking Impossible, the possibilities are endless, from sushi-themed cocoa concoctions to dreamboats adorned with dragons with wings that extend 180 degrees.

So, let’s learn more about this fascinating Netflix reality show, and meet all the judges, in particular.

Who are the Baking Impossible Netflix Judges in 2021?

Andrew Smyth serves as one of the Bakeneering judges on this brand new Netflix reality competition Baking Impossible, alongside chef and bakery owner Joanne Chang, and Dr. Hakeem Oluseyi.

If Andrew appears to be a recognizable face, it’s most likely down to the fact that he was previously a contestant on Channel 4’s The Great British Bake Off series 7, five years ago!

Justin Willman is the host of Baking Impossible, and fans may recognize him from the Netflix series Magic for Humans.

What is Baking Impossible on Netflix About?

Baking Impossible, Netflix‘s latest reality competition series, cries, “Please try this at home!” And the show’s creators genuinely would like you to try their baking-engineering mashup trials despite the fact that you’re not going to excel at it. At least, not instantly!

One of my biggest hopes from the show is that it encourages people to kind of be curious and get creative, both in the kitchen and elsewhere.

Smyth believes people will witness things they’ve never seen before and will draw aesthetic and scientific links, something they have not experienced prior. So he’s hoping that they can assist viewers in making miniature ones at home.

Andrew came up with the idea for the little edible boat at home, and this is something he’d like to see more of in order to bring Bakineering into the fans’ kitchens.

As judge Smyth said, the tournament includes not just baking but also construction and engineering. The show’s host Justin Willman begins by saying, “Science has never tasted so sweet…”

The greatest bakers and engineers from throughout the United States are fighting for $100,000 and the distinction of ‘World’s Best Bakers.’

Before you leave, find out if Cindy and Taylor are dating!