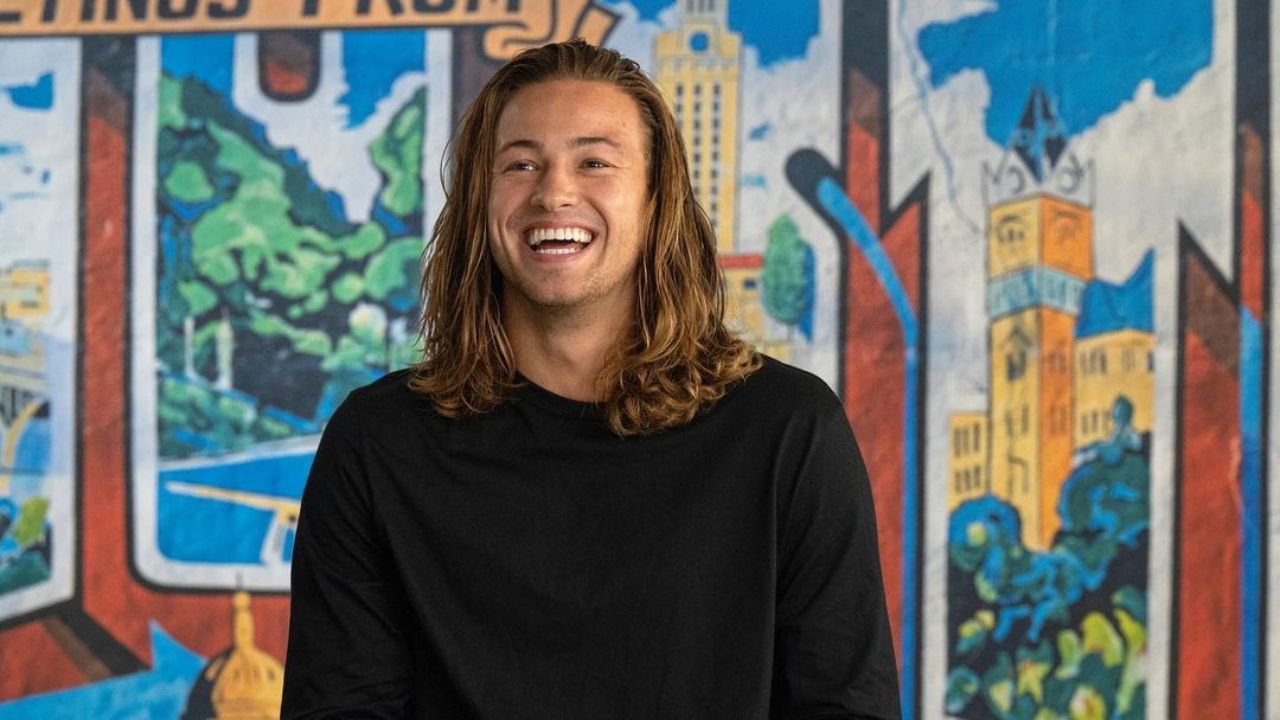 Adam Davenport from Twenty Somethings Austin is one of the cast members on Netflix, who works at San Juan Seltzer. At the age of 24, while his birthday remains unknown, Adam from Twentysomethings had a love triangle in the show.

Netflix‘s trending show, Twenty Somethings: Austin is a reality show where exactly eight people in their 20s live together to find success and love in Austin, Texas, experiencing ups and downs of getting into adulthood. The show released its first season on 10th December 2021, gathering numerous viewers.

Among the eight cast members of the show, Adam Davenport is one of them. He is mainly famous for his gorgeous long hair, and his charming appearance.

Although Adam did not participate in Twenty Somethings: Austin from the beginning, his presence in the show is loved by myriads of people.

Adam Davenport is a graduate of the University of Washington and holds a degree in Psychology. Upon the completion of his degree, Adam worked in those sectors where he could outshine his communication skills.

Serving as a bartender to being the coordinator of Public Relations, Davenport had undergone several changes in his career. Nonetheless, currently, he holds a stable job and works as a Sales Representative at San Juan Seltzer, a company that sells alcoholic beverages.

Working in this particular company brought Davenport to Austin with the purpose of enhancing the company’s profit, thus, coming to Austin brought a turning point in his life, and he got the opportunity to be cast in the reality show, Twenty Somethings: Austin.

Replacing Bruce Stephenson, Adam joined Twentysomethings: Austin during the 8th week of the journey. Despite participating a bit late, he is deemed as one of the important cast members.

The 24-year-old, Davenport is from Duvall, Washington, United States. Conversely, his exact birthday is yet to be traced.

Is Adam Davenport from Twentysomethings in a Relationship?

In Twenty Somethings: Austin, Adam Davenport succeeded in catching two women’s eyes, Natalie and Abbey. In a few days after Adam Davenport stepped into the house, Natalie developed a huge crush on him.

Moreover, with extreme excitement, she told about crushing on Adam to all the members in the house. On the other hand, Abbey was beforehand, flirting with Adam.

When Abbey flirted with Adam in front of Natalie, Natalie was disheartened, and therefore, she took the initiative of talking to Abbey. Abbey was a good friend of Natalie, and thus, she talked privately with Adam on this matter.

She told him that they should cuff off what was happening between them. Hearing out Abbey’s words was heart-wrenching to Adam, as he actually planned on taking their relationship further.

On the other hand, Abbey preferred the old friendship with Natalie rather than initiating a fresh new relationship with Adam Davenport.