Val Garland From Glow Up: Wiki & Net Worth of the Season 4 Judge! 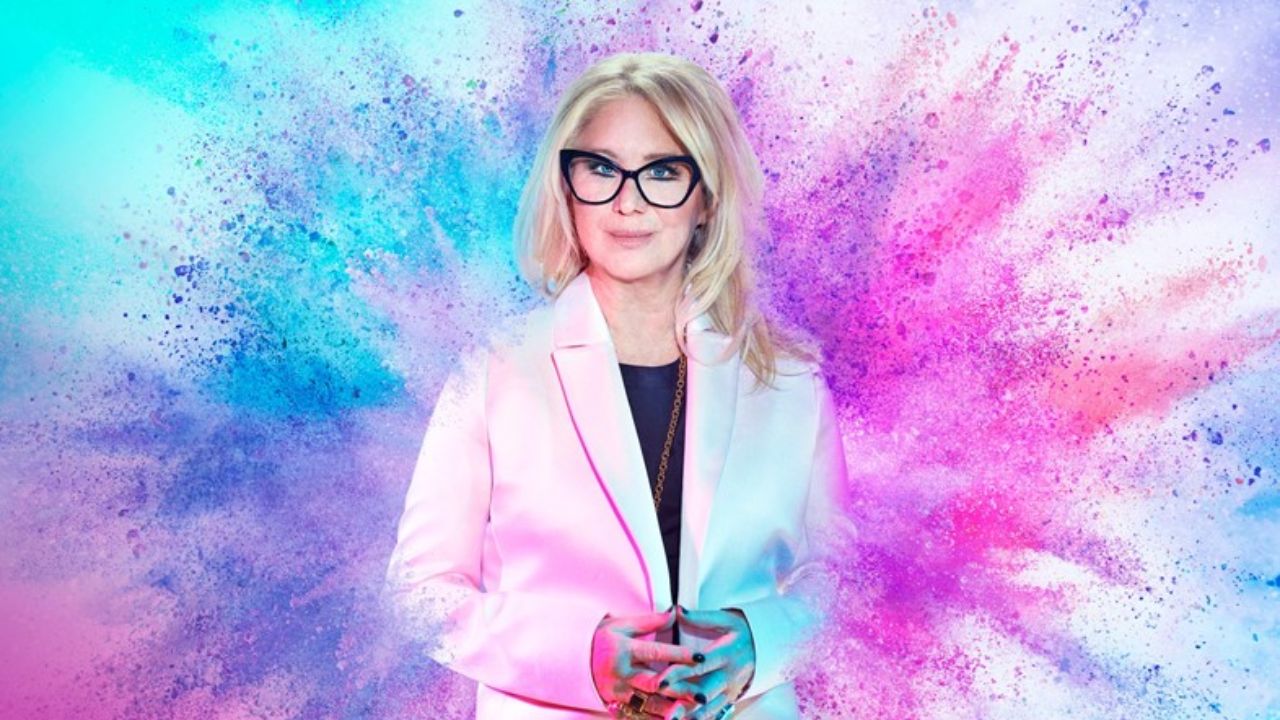 The 63-year-old Glow Up judge Val Garland has an estimated net worth of $1 million to $5 million. She was the judge for Glow Up Season 4 alongside host Maya Jama, She is widely known for saying, Ding Dong when her makeup matches perfectly. Val Garland was married to her husband Terry, with whom she shares children, but now they have divorced already. When she was young, she did her hair coloring training in Sydney, Australia. Val Garland from Glow Up is famously known for her cat-eye glasses that she wears often and her amazing skill to apply eyeliner. Unfortunately, she does not have an official wiki page.

Val Garland from Glow Up on Netflix is a London-based make-up artist. Garland was born and raised in Bristol before relocating to Sydney, Australia, where she completed her hair coloring training. Her fascination with color led her from hair to makeup, where she quickly rose to prominence in Australia.

Val Garland returned to London in 1994, where she has spent the past 20 years working on a variety of projects, from Kate Moss‘s commercial celebrity photo campaigns to Alexander McQueen‘s highly conceptual catwalk shows. Additionally, Garland has worked with magazines like Vogue, Dazed & Confused, i-D, and Visionaire. She has collaborated globally with Nick Knight, Mario Testino, John Galliano, Chlo Sevigny, and Björk.

Val Garland won the Pantene Pro-V Make-up Artist of the Year Award in 2004. In 2017, L’Oréal Paris recognized her as the first Global Make-up Director. In 2018, Garland published the book Validated, an anthology that uses some of her most important photos to illustrate her career.

A British reality television program called Glow Up: Britain’s Next Make-Up Star was created to find new makeup artists. The competitions, which were formerly hosted by Stacey Dooley, are judged by experts in the field, Val Garland and Dominic Skinner. The fourth season premiered on May 11, 2022. Read this article to find out her role in Glow Up.

The 63-Year-Old Val Garland, the Glow Up Judge of Season 4; Her Net Worth and Wiki!

Val Garland (@thevalgarland) is in the spotlight again after the release of season 4, the BBC, and Netflix‘s original series Glow Up. In the show, contestants compete in weekly rounds where their work is evaluated by industry experts Val Garland and Dominic Skinner as well as other guest stars each week.

Stacey Doley hosted the first two episodes of the show, with Maya Jama (@mayajama) taking over for the third. Unfortunately, the famous makeup artist has no official wiki.

Glow Up: The Next Makeup Star is a thrilling reality competition show that puts makeup artists against one another in an effort to determine who is the best. Surprisingly, not every participant is a professional makeup artist. Additionally, despite the fact that the competitors are from various walks of life, they form a close friendship while living together and taking part in progressively difficult tasks.

The goal of these rounds is to put each competitor’s technique and skill to the test, among other things. The last contestant standing is declared the winner after the show periodically eliminates contestants. The fourth season of the British reality show introduced viewers to a diverse group of competitors and had plenty of drama, nail-biting confrontations, and endearing interactions.

The judges of the competition are incredibly talented in the MUA industry and have established a stellar reputation. Dominic Skinner is a Global Senior Artist for Mac Cosmetics, while Val Garland who is famously known for wearing cat-eyed glasses, is the Global Makeup Director for L’Oréal Paris and a contributing beauty editor for British Vogue. She is widely known for screaming Ding Dong when her makeup matches her expectation.

Val Garland, 63, is a makeup artist in London with an estimated net worth of $1 million to $5 million. She learned her hair coloring skills in Sydney, Australia during her younger years and is talented in applying eyeliner.  She was married to her husband Terry, with whom she had children, but the couple didn’t get along and divorced in their early ’40s.

When questioned about her thoughts on the program and the show as she enters her fourth season, she responded as follows:

It’s fantastic, because even though there’s a formula to the programme, every single season is different because the contestants bring something new every year. You never know what’s going to be in store. It’s a fantastic rollercoaster and it gets very tense! It gets emotional. I wouldn’t say Dom and I argue, but sometimes we have very heated discussions because we’e both passionate about what we believe and who we believe in. I always want to give everybody a chance. So it’s an emotional roller coaster.