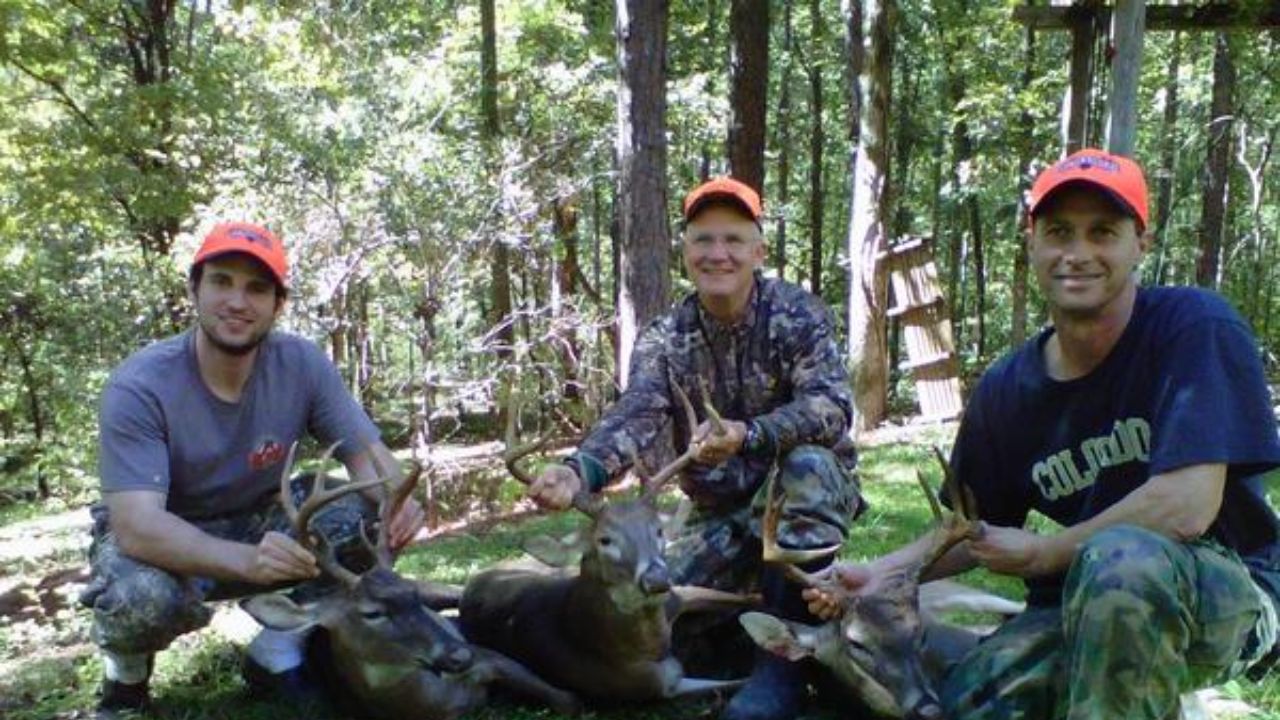 Robert Abernathy, featuring on one of the episodes of Meateater, has been serving as the wildlife biologist in North Carolina. So, let’s get to know more about Abernathy, covering information on his cast on Meateater to his relationships.

Run by Steven Rinella, one of the extraordinary television series, MeatEater is back again adding flavors to everyone’s lives.

Typically, this particular series is out of the box, and unlike other shows, it is non-fiction outdoors hunting television series in the United States, where the main character of the show, Steven visits several forests, and places around to hunt varieties of species.

Recently, in one of the episodes of Meateater, we got to see Steven hunting along with his long-time friend, Robert Abernathy, and Steven wasn’t tired even a small bit praising his friend, and thus, people are now curious to know more about Robert Abernathy. So, do you know about Steven’s friend?

Releasing the extraordinary Netflix show, Meateater Season 10 Part 2, on 2nd February 2022, Steven Rinella is back with one of the hit shows.

Rather than being a love show or a competition, Meateater is a non-fiction show, where the cast members start their journey in outdoor hunts, making the show out of the box.

In this third episode of the show, Steven along with his old friend, Robert Abernathy, started their hunt for wild turkeys. While Steven and Robert hunted turkeys in the episode, this same hunt, turkey hunt is how they became friends.

As said by Steven, it has been divulged that many years ago, he met Robert during the turkey hunt in Oregon’s Hells Canyon, and that was the fresh start of their friendship.

With having myriads of years of experience in hunting turkey, Robert Abernathy is an expert, and speaking of how well-trained he is, Steven said, “he’s a foremost expert when it comes to wild turkeys.”

Not only is Robert exceptionally good with the wild turkeys but he also knows all about the bird’s biology and natural history.

Growing up in North Carolina, hunting and fishing on his grandfather’s farm, Robert was passionate about wildlife from a very young age. Today, his contributions to the wildlife are incomparable, from the relocation of wild turkeys, following the development of a timber stewardship program with the US Department of Agriculture Forest.

Having spent seven years as the President of the Longleaf Alliance, Robert Abernathy has dedicated himself since 2012. Talking about his educational qualifications, Abernathy has a bachelor’s degree from NC State in Wildlife Biology and has a master’s degree from LSU in Marine Science.

It might be astounding to know but then Robert has exactly 39 years of experience in the fields related to wildlife and conservation. To that point, lucidly, Robert has worked on several projects both in the US and Canada.

Spending exactly 32 years, Robert Abernathy from Meateater is in a stable conjugal life with Yvonne Abernethy. They share two children: Erin and Garrett.

Garett is professionally a mechanical engineer and living with his wife and children, while his older sister, Erin’s discretion has kept us away from knowing what she is up to.

Presently, Robert and his family live together in Aiken, South Carolina, and share a strong family connection with each other.

No doubt, Abernathy makes a huge net worth, and summing up money from his total assets, and all other different sources, it has been estimated that he is worth in millions, however, the exact amount is unknown.

Conversely, from teeming with wealth to going on a vacation to any corner of the world, Robert definitely doesn’t care about the expenses.

Meanwhile, Robert Abernathy does not appear to be available on Instagram.