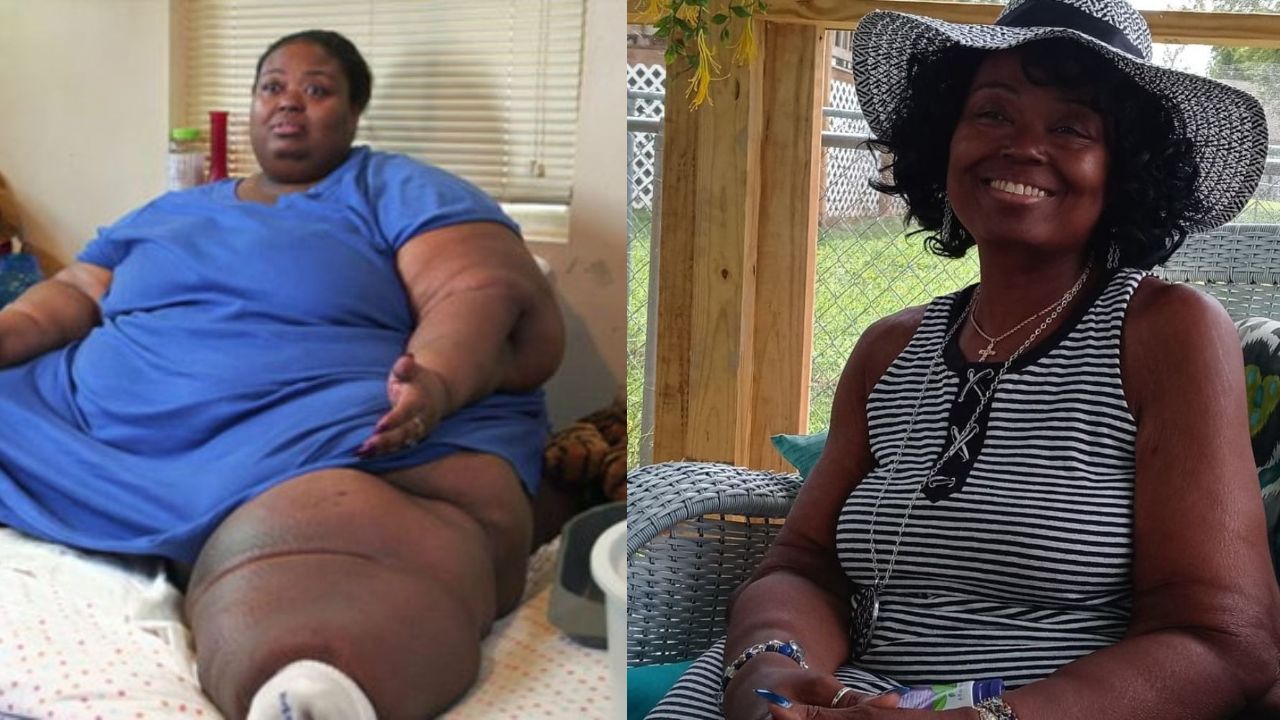 My 600 lb Life featured Marla McCants in an episode, weighing exactly 800 pounds when she joined the TLC show. Adhering to the doctor’s plan, Marla succeeded in undergoing significant weight loss and by the end of My 600 lb Life, she weighed 534 pounds. Marla McCants is 43 years of age today in 2022. Reddit users wonder about daughter Sierra and what Marla was up to in 2021. Fans seek before and after pictures of Marla from My 600-lb Life on Instagram. Learn what Marla McCants is doing now.

TLC‘s one of the heart-breaking reality shows, My 600 lb Life carried the weight loss journey of eight obese people, and these people are kept under the proper guidance and supervision of Dr. Now.

Initially, the show released the first episode on 12th February 2012, and since many people loved the show, the production team continued in bringing the new season every now and then. As of now, there is a total of eight seasons.

While the doctor does his best in making the best possible diet plans and working out routines, the weight loss journey totally depends on the participants. In other words, they need to be determined and dedicated to following even the smallest diet plans adhering to what the doctor has made for them.

Marla McCants is one of the participants who featured herself in the third season of My 600 lb Life, and upon seeing her for the first time in the show, not only the audience but even the doctor was astounded and worried because looking at her, it seemed that her massive weight wouldn’t allow her to live. So, how is Marla McCants now?

Previously, we touched on Susan Farmer.

Marla McCants from My 600 lb Life: What is She Doing Now?

The American reality show, My 600 lb Life showcases the weight loss journey of eight heavy people who are ready to take every stern initiative for shedding pounds of their weight.

Living under the scrutiny of Dr. Now, these people get the actual medical aid, and their weight loss journey is completely safe, however, it will definitely take their patience and hard work.

Marla McCants (@truth_yourpoint) is one of the participants who weighed exactly 800 pounds when she made her appearance on My 600 lb Life.

“She is in the worst condition health-wise that I have ever seen… I am not as worried about weight loss surgery as making sure she will survive the next 24 hours…,” were the exact words that Dr. Now uttered when he saw Marla for the first time.

Upon joining My 600 lb Life, she was heavy, to be specific, she weighed over 800 pounds. Not only did this massive weight change her physical appearance and brought loose skin all over her body but it also brought many health complications.

Looking at Marla McCants’ condition, it was daunting for the doctor to predict if she will make it to losing the unnecessary pounds, or will end up dead.

There’s a heart-wrenching story behind Marla’s gain in weight. Her ex-boyfriend was too toxic that he ended up abducting her, and pointing a gun in her head. While she made it to be alive, that incident couldn’t leave her head, and the fear still lived inside of her body.

Seeking the inner solace and trying to leave that traumatizing incident in the past, Marla found her way to consuming a high amount of calories. With time, her binge eating habit had developed, espousing an eating disorder, consequently leading her in adding more pounds to her weight.

She weighed over 700 pounds by the time her ex-boyfriend got arrested. Professionally, Marla worked as a health assistant and would take care of her patient but with her increasing weight, she became like her patients and was compelled to keep a nurse by her side for basic support.

Now, she has changed completely and looking at her photos, it appears that she continued the diet plan even after the end of My 600 lb Life, and today, she is fit and healthy.

Presently, Marla lives in Gallatin, Tennessee, and is a health advocate and motivational speaker having her own blog.

Being one of the success stories from My 600 lb Life, Marla McCants‘s stories acted as a positive catalyst to all people suffering from weight gain, and thus, now, her story has helped many people to get motivated and work on their bodies to stay in the healthy side.

Under the supervision of Dr. Now, Marla McCants was able to reduce her weight from 800 pounds to 534 pounds, and that drastic change astounded everyone, and people were happy with Marla’s success.

Even the doctor was impressed with her weight transformation, and eventually, she was approved of gastric bypass surgery.