Marilyn Monroe’s Husbands in Order: How Many Spouses Did Marilyn Have? Details About Her First Husband, Jim Dougherty, Second, Joe Dimaggio, and Last, Arthur Miller, Explored! 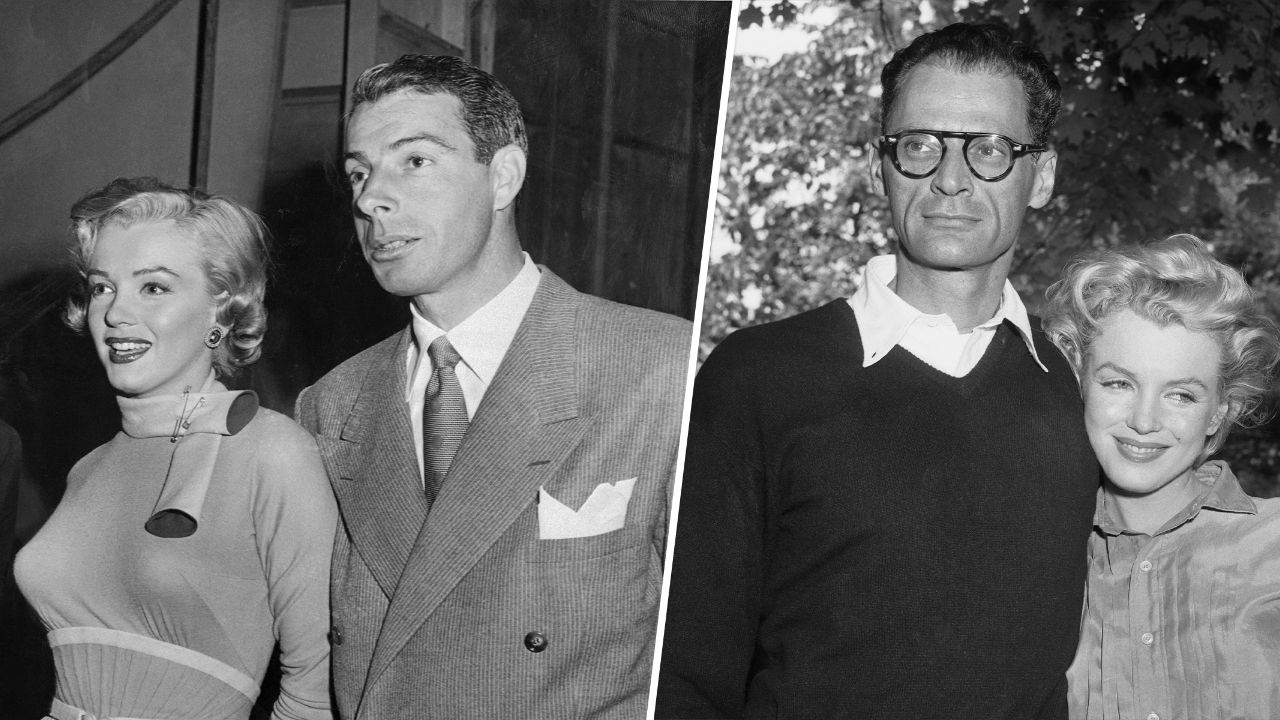 Blonde viewers on Netflix wonder about Marilyn Monroe’s husbands in order; her three husbands include her first husband, James Dougherty (1942–1966), Joe DiMaggio (1954–1955), and Arthur Miller (1956–1961). The writer Arthur Miller, who was Monroe’s third husband, was the couple’s longest-lasting marriage.

The Netflix drama film Blonde, a fictitious biography of the famed Marilyn Monroe‘s life, provides a thorough portrayal of the legendary actress’ infancy and her relationship with her mother, Gladys Pearl Baker, husbands.

Celebrities leave a lasting impression on the fields in which they work, as well as occasionally on the drama in their personal lives. Marilyn Monroe was a model and actress whose personal life permeated her business.

Blonde is a new fictitious account of her life. She frequently had relationships that were more fulfilling off-screen than on-screen. Her tragic passing solidified her legacy as a movie star. Let’s learn about her husband in order.

Marilyn Monroe (@marilynmonroe) was married to her three husbands: from 1942 to 1946, to her first husband, Jim Dougherty; from 1954 to 1955, to baseball player Joe DiMaggio; and from 1956 to 1961, to playwright Arthur Miller. Monroe never had children, but according to her biographer, Donald Spoto, she maintained a close relationship with her husband’s family.

Marilyn married James, a 21-year-old police officer and childhood acquaintance when she was just 16 years old. She wasn’t even yet known as Marilyn Monroe; the attractive youngster still went by the name of Norma Jean Baker. She was due to return to an orphanage after her foster parents moved, so it was a marriage of convenience and need.

Marilyn Monroe was spared that destiny when she married James in 1942, albeit she did leave school to become a housewife. Marilyn and James were only married until the stunning teen caught the attention of a photographer in 1944. After that, Marilyn and James divorced in 1946. James later said that Norma Jean was his true love, not Marilyn, whose career he followed for the remainder of her brief life.

In an interview from 1976 that was published in The Salt Lake Tribute, Dougherty made the claim;

I had a crush on Norma Jean. I didn’t know Marilyn Monroe. She’s a famous lady. Of course, the young beauty was destined to become a legendary s*x icon.

In 2002, he told the Associated Press, Fame was harmful to her. In 2000, James published a book on his marriage to Norma Jean called To Norma Jean, With Love, Jimmie. He was married twice more and had three children before he passed away in 2005.

Marilyn Monroe married her second husband, Joe DiMaggio, a former baseball star for the New York Yankees, in 1954. By then, Monroe was a well-known actor with roles in Gentlemen Prefer Blondes and How to Marry a Millionaire.

In Spoto’s biography, Monroe recounts meeting DiMaggio for the first time in 1952, when she was 25 and he was 37. DiMaggio wanted to see Monroe after seeing a portrait of her, so a meeting was set up. DiMaggio had little interest in movies, and Monroe had never seen a baseball game, so they didn’t have anything in common.

However, the union barely lasted five months. In October 1954, Joe was affected by Marilyn’s now-famous subway grate scene from The Seven Year Itch, and following a heated argument, the two decided to separate ways in October 1954. As per sources, DiMaggio persuaded her that there could be no higher vocation than a wife and mother.

Although their marriage was brief, Marilyn and Joe appeared to genuinely love one another. In her autobiography, My Story, Monroe told writer and ghostwriter Ben Hecht, that the truth is that they are very much alike. In an openly sobbing public announcement, Marilyn blamed mental abuse for the divorce, to which Joe replied in a private letter.

After dating Joe, Marilyn had a brief romance with Pulitzer Prize-winning playwright and screenwriter Arthur Miller in 1951. Miller married Marilyn on June 29, 1956, after divorcing his previous wife. However, problems arose almost immediately.

The writer Arthur Miller, who was Monroe’s third husband, was the couple’s longest-lasting union. According to The Genius and the Goddess, a novel about their relationship, he was suspected of being a communist sympathizer during the period of Cold War hysteria, which didn’t help, but in the end, their entirely dissimilar lifestyles and histories proved to be too much.

On November 11, 1960, the odd couple declared their intention to divorce, which was then formalized on January 20, 1961. Her passing in August 1962 came as a result of drug misuse issues and accusations of an affair with then-president John F. Kennedy, but her reputation only increased in the wake of her passing.

Even though Arthur notoriously skipped her funeral, his biographer, Professor Christopher Bigsby, believed that he had a strong love for her. A nearly adolescent amount of love was expressed to her in one of his love letters.

Before you leave, find out about Marilyn’s plastic surgery efforts.