Meet Lisa Victoria From Selling the OC: Everything You Need to Know About Austin Victoria’s Wife; Instagram, Designer, Age & More! 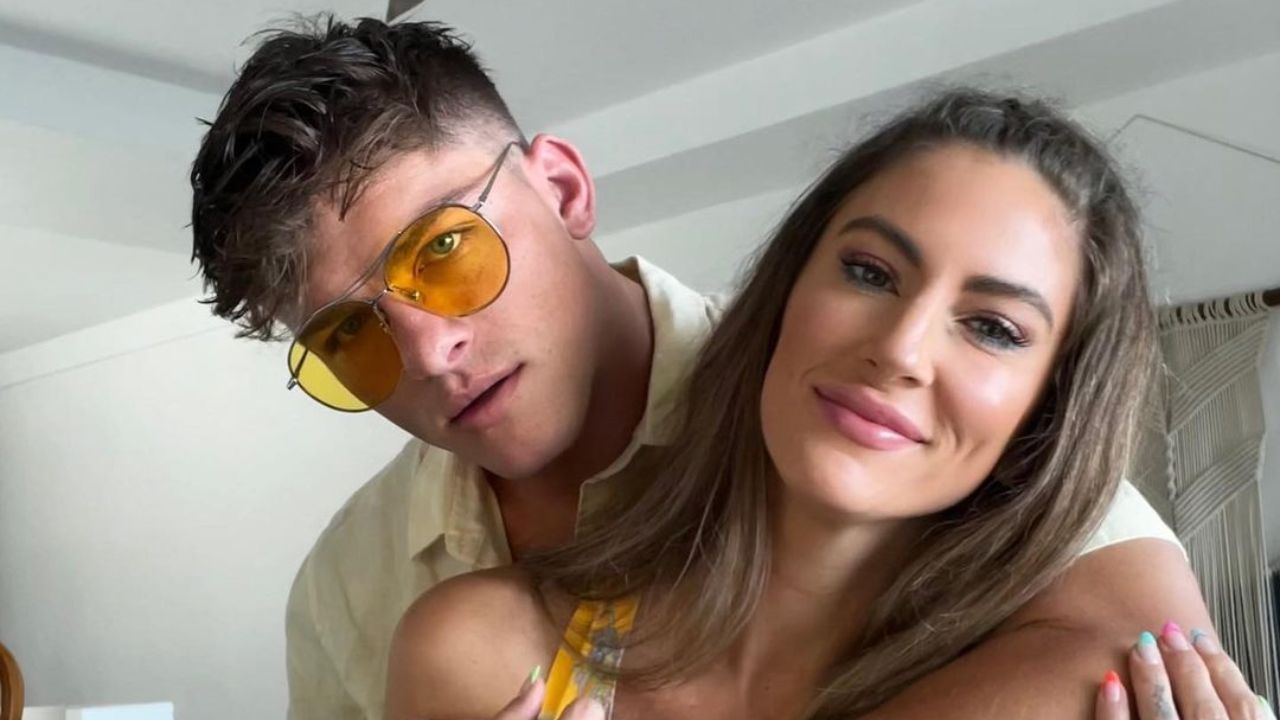 Lisa Victoria is the wife of Austin Victoria who is one of the cast members of Netflix’s Selling the OC. The couple got married in 2018 after dating for 8 years. As of now, they have 2 daughters who are a twin. Lisa, who is a designer by profession, is 33 years old in 2022. As seen on her Instagram (@leeses.peeces), the couple might be one of the happiest couples in the show.

The fan-favorite Selling Sunset universe is significantly expanded in the most dramatic yet positive way by Netflix‘s Selling the OC, which is nothing short of a riveting unscripted television series. This is due to the fact that it focuses on a different real estate team working for the same Oppenheim Group brokerage as they attempt to strike a balance between their opulent business environment and their personal life.

Realtor Austin Victoria from Orange County is one of the agents who is featured in the spin-off. Since the news, Lisa Victoria, Austin’s wife, has drawn interest. Without wasting any time, let’s find out about Lisa and her relationship with Austin.

Lisa Victoria Is the Wife of One of the Cast Members of Selling the OC, Austin Victoria: Instagram, Designer, Age & More!

Lisa Victoria (@leeses.peeces), who is 33 years old and a designer by profession, is the wife of Austin Victoria, one of the cast members of Selling the OC. The couple began dating in 2010 and the now-married pair celebrated their eight years of blissful togetherness in June 2018. Austin and Lisa dated for seven years before getting engaged on June 22, 2017.

Lisa Victoria began working right away after earning her degree from the Fashion Institute. She worked as a fashion designer for GUESS By Marciano when she was there. Her employment with the organization lasted three years, terminating in 2011. She left her job and began working as a designer for Juicy Couture and worked for a year there.

After that, Lisa began working for Madison in 2013 as an apparel designer. Her job with the organization lasted a full year. Lisa also quit her position at Madison and joined MIC Connection, where she rose to the position of Senior Designer and worked through December 2018. She worked there and served customers from Saks Fifth Avenue, Bloomingdales, Nordstrom, and Urban Outfitters.

During a lovely ceremony on September 22, 2018, Austin Victoria and his girlfriend Lisa Victoria exchanged vows to become husband and wife. On October 23, 2019, the couple welcomed twin children Lilah Rue and Hazel James into their lives, indicating that they allegedly did have a predetermined schedule.

Their decision to move from Los Angeles to Orange County was therefore made for their children as well, especially because, like any good parent, they wanted to provide them with the best chances.

In 2021, Lisa Victoria and her husband marked their third wedding anniversary. Austin, who joined Keller Williams Realty Inc. as a sales associate at Keller Williams Beverley Hills from 2017 to 2019, started a real estate company. He was a Sales Associate with Open Air Real Estate as well.

Austin (@austin_victoria), who joined Keller Williams Realty Inc. as a sales associate at Keller Williams Beverley Hills from 2017 to 2019, started a real estate firm. He also worked as a Sales Associate with Open Air Real Estate, The Oppenheim Group, and Douglas Elliman. Other than real estate, Austin also pursued modeling as a career. He is presently represented by Wilhelmina and signed with HRI Talent in 2017 to pursue a career as an actor.

Additionally, Austin and Lisa seem to have discovered the key to enduring relationships: it’s never them versus the other, always them against the problem.