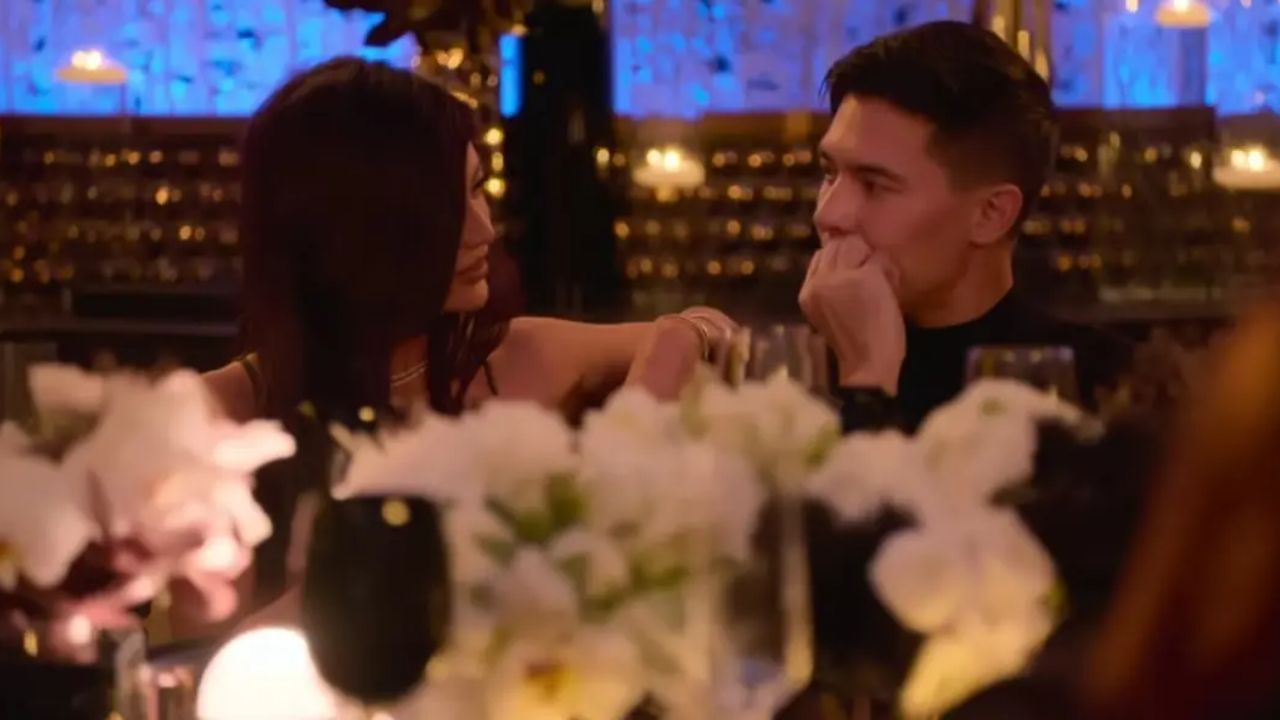 Lewis Tan from Bling Empire does not have a wife as he has never been married. Lewis Tan and Kim Lee haven’t formally confirmed or denied their relationship as of 2022. So it’s unfortunately not totally clear whether they are dating or not. However, they continue to follow one another and communicate via Instagram. He did, however, have a romantic relationship with his ex-girlfriend Emi Renata Sakamoto. Many people, including me, believed that the four years they spent together would result in marriage.

Lewis Tan is a member of the Bling Empire cast on Netflix. He has been shocking and stunning us for a while now with his excellent acting and lethal martial arts. Lewis Tan is a superb actor who creates his own battle scenes. He is highly known for his outstanding performances in the 2018 film Deadpool 2 and the 2017 Netflix series Iron Fist.

He debuted as an actor in the television series CSI: NY in 2006 and then worked as a stunt double in films and programs like The Fast and the Furious: Tokyo Drift and Day Break.

Lewis Tan started to get recognition in modeling at the same time and was signed by an agency before securing deals with well-known companies including Nivea, Dolce & Gabbana, and Diesel.

Between 2010 and 2013, Lewis’ acting career exploded alongside his modeling and stunt work. He started getting bit parts in a number of TV shows and high-profile films, including The Hangover Part III and Olympus Has Fallen.

Lewis Tan From Bling Empire Does Not Have a Wife as He Has Never Been Married; Lewis Tan and Kim Lee Are Rumored to Be Dating, but They Haven’t Formally Confirmed or Denied Their Relationship as of 2022!

Many people adore Lewis Tan (@lewistanofficial), and they have been curious to learn more about him, particularly regarding his personal life and his marital status as of 2022. As of 2022, the 35-year-old actor is not married and does not have a wife.

Lewis Tan and Kim Lee (@kimlee)had admittedly known each other for a very long time, but they felt no romantic or inherently physical desire. This much is clear from the fact that she and her Korean co-star Kevin Kreider (@kevin.kreider) had undeniable chemistry in the second episode, whilst he made it clear that Jamie Xie interested him.

However, neither panned out due to a variety of factors, like Kim’s trust concerns or Jamie’s overall disinterest in dating, which allowed the former to start hanging out with Lewis.

The truth is that by the time season 3 came around, Kim had already started her healing process, which effectively allowed her to discover her genuine aspirations and then act on them. She reportedly agreed to meet Lewis Tan for a casual boxing match because of this.

However, the match ended up being full of flirtatious comments and innuendos rather than overtly inappropriate actions. Although she acknowledged that her friend is truly rather attractive, she said that she was just in the mood to go out and have fun.

As a result, Kim and Lewis’ chats were only humorous until they got to talking about their astrological signs, in which case she inquired about their general compatibility. They couldn’t help but joke about their potential sexual closeness levels at this point, but they soon became sober enough to actually begin getting to know one another.

When her friends later enquired as to what exactly was going on between the two of them, Kim just blushed rather than explicitly responding to them, which furthered the impression that they were closer than expected. Kim’s decision to bring Lewis Tan along as her guest to a party hosted by Kane Lim did suggest that they might be about to announce their relationship, but they never once said so.

Although they seemed at ease, their conversations weren’t as casual as they should have been if they were already dating. Even though he asked and all she did was be brutally honest and ultimately tell him that he’s not her type, her temporarily leaving the table in the middle of dinner to speak with Kevin was also a little strange.

Lewis Tan and Kim Lee haven’t formally confirmed or denied their relationship as of 2022. So it’s unfortunately not totally clear whether they are dating or not. However, since they continue to follow one another and communicate via social media, there is a chance that they might be together at least, that’s our optimistic dream. However, Kim and Lewis continue to get along well no matter what the status of their relationship may be.

Lewis Tan did, however, have a romantic relationship with Emi Renata Sakamoto (@emi_renata). Many people, including me, believed that the four years they spent together would result in marriage. However, it seems that we were mistaken, as they broke up a few years into their relationship. They began dating in 2013, and their relationship ended in 2017.