Senator’s Riddle on Inside Man: Does It Have Anything to Do With the Bible? 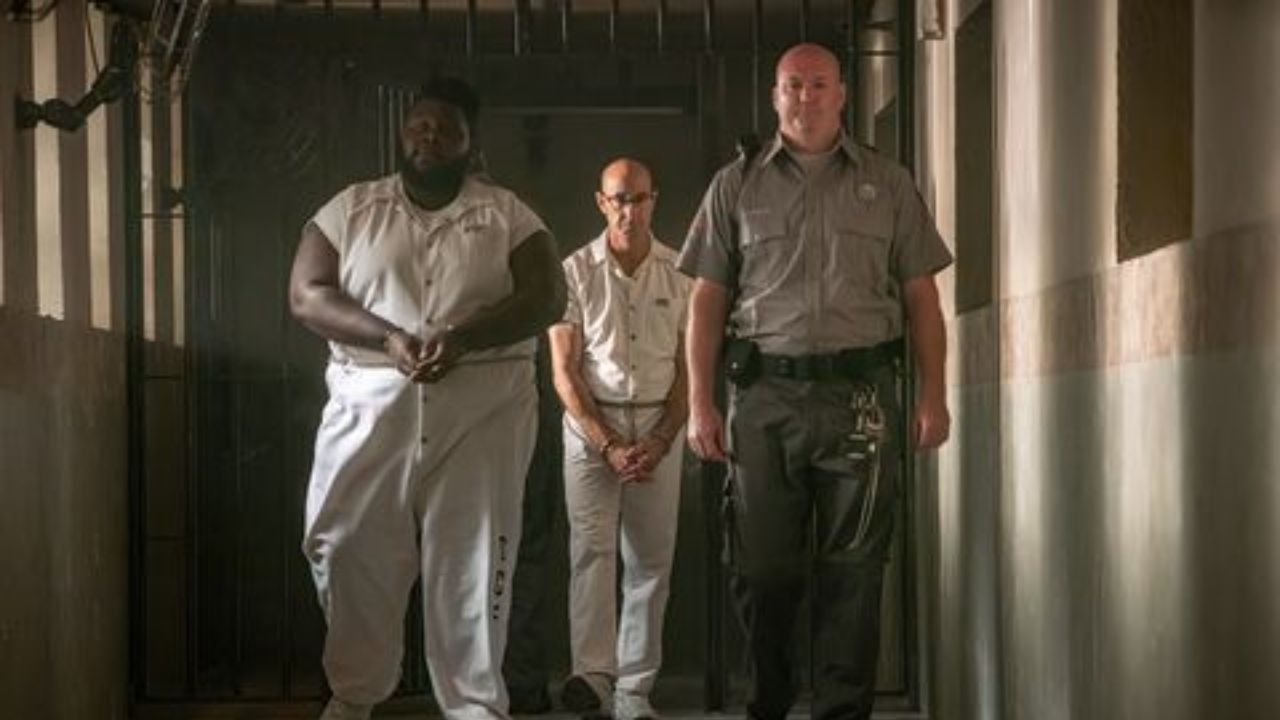 Many viewers have been wanting to know about Senator Claude Kreiner’s riddle from Netflix’s Inside Man in which he receives $253.55 every time he has s*x with his wife. Well, Jefferson Grieff resolves the case. According to him, Claude’s wife is aware of him abusing a woman named Selina 30 years ago who also works at his office. She goes to the therapist every time after their romance as she can’t tolerate the fact that her husband assaulted a woman sexually.

Similarly, she asks Celina to pay the therapist $253.55 from her personal account as she can’t use the joint account. However, Selina sends it to the Senator misreading the “therapist” as the “rapist” because of her old age and weak vision. Additionally, it does not have any connection with the bible.

Inside Man, a British crime drama TV series produced by Steven Moffat, is a new addition on Netflix that follows Jefferson Grieff, a death row inmate in the United States, as he investigates the missing person case of Janice, a lady stranded in a vicarage in the United Kingdom. The show tackles delicate themes like pedophilia and murder while demonstrating how morally gray most people are.

The mini-series was initially released on BBC. Similarly, it premiered on Netflix on October 31, 2022. The story explores a number of topics, including a nice person who suffers because of their circumstances, a killer who changes his ways, and a hungry journalist who discovers the difference between sensationalism and honest journalism.

People online have been perplexed by the show’s plot since it first appeared on the streaming platform, with one riddle stumping everyone. Senator Kreiner goes to the prison and approaches Grieff with an odd problem in the first episode. He claims that $253.55 is instantly put into his account after each s*x session with his wife. Many of the viewers have been wanting to know about its real meaning. Well, let’s get started.

Inside Man: The Riddle Is About the Senator Receiving $253.55 in His Bank Account Every Time He Has S*X With His Wife; It Does Not Have Anything to Do With the Bible!

The riddle starts in the first episode of Inside Man. Senator Claude Kreiner visits Jefferson Grieff and his fellow prisoner Dillan, who has an almost photographic memory and serves as Jefferson’s human tape recorder in the first case we witness Grieff resolve. Jefferson brings up the three women Kreiner is said to have sexually assaulted 30 years ago as they begin their discussion. Kreiner denies any wrongdoing and claims one of the women, Selina, works at his office.

Kreiner continues by explaining why he visited Jefferson. A total of $253.55 is transferred from an unidentified account to his bank account each time he has s*x with his wife. The money appears typically in his account a few days after he has slept with his wife. After describing the riddle, Jefferson chuckles and dismisses the case because he doesn’t think it has moral value, but he waits before explaining his dismissal to Dillan.

Later in the episode, Dillan continues to say that he still doesn’t understand the mystery, and as Jefferson is trying to explain it, the warden interrupts, but not before giving a quick explanation. Jefferson speculates that Kreiner’s wife contacts Selina after learning her own husband is actually a rapist three months after starting work at Kreiner’s office (the same time the money began to flow into his account).

When she finds out this, she becomes disgusted with the scenario each time she has sex with her husband. Although she isn’t ready to discuss it with her husband, she can do so with a therapist. Later in the episode, Jefferson explains to Dillan that because she is the only one who knows about her husband, she asks Selina to pay the therapist from a different account rather than using their joint account (to avoid raising her husband’s suspicions).

Because the single-line text would split into two lines, every time she texted her, “Pay therapist $253.55“, she misread it as “Pay the rapist $253.55” because of her weak vision and old age.

With that, the secret is revealed, and Grieff and Dillon laugh jokingly. More intriguing than the solution to this riddle is the reason the criminal chose not to give the senator the same explanation. He merely informs him that he cannot assist him since he does not meet his standards. It is later discovered that the man who killed his wife is interested in morally important issues. Helping the senator would have been counterproductive to his goal because he only wants to do good.

Similarly, many people have been relating it to the bible. Well, there doesn’t seem to be any relationship between Inside Man’s number 253.55 and the Bible, despite a Christian scholar’s claims to the contrary.

The Old Testament is divided into 929 chapters. But there aren’t 253 chapters in the Pentateuch, historical books, poetic books, major prophets, or minor prophets. The 260 chapters of the New Testament are divided between the 89 chapters of the Gospels, the 28 chapters of Acts, and the 87 or 34 chapters of the Pauline Epistles, depending on whether or not you include Hebrews and the chapter of Revelation (22).

Of course, several of the Bible’s individual books contain more verses than 253. The books of Genesis, Exodus, Job, Ezekiel, and others are among them. However, given how they are set up, it doesn’t seem as though any of them are mentioned by the number 253. Ignoring the “.55” at the end, too