Meaning of $253.55 on Inside Man: Here Is Why the Senator Receives the Money! 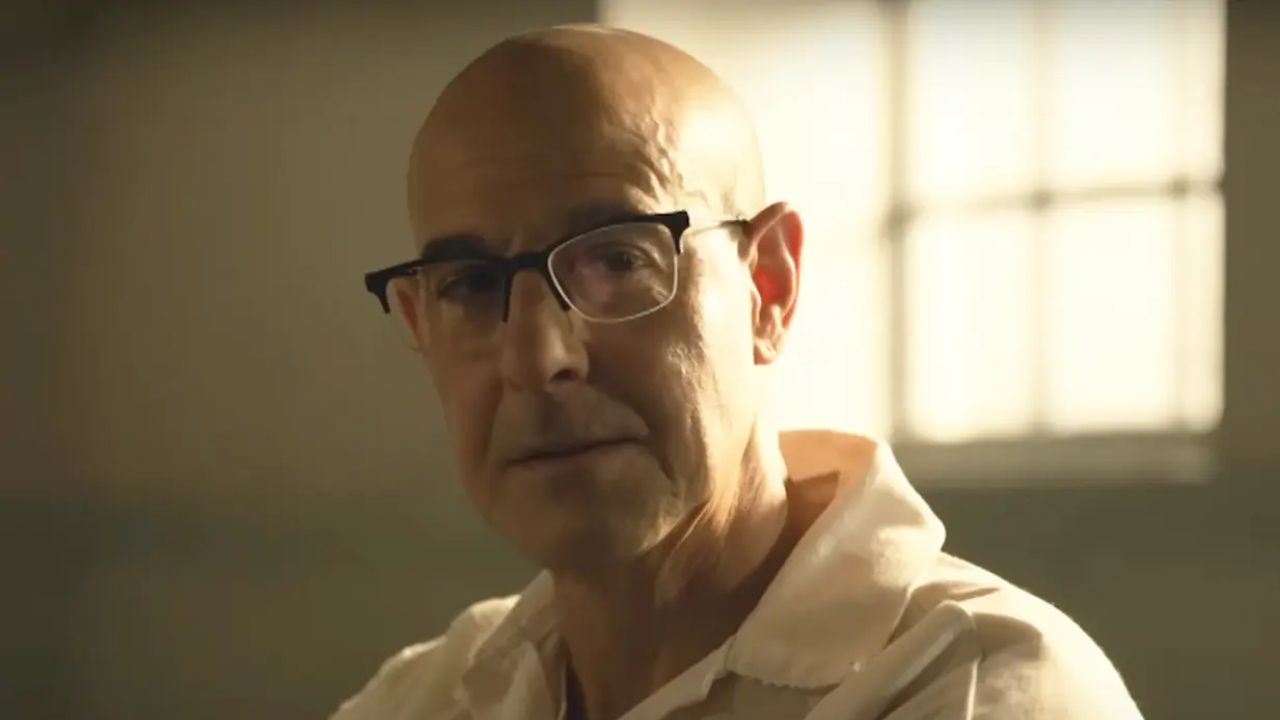 The meaning of $253.55 in Netflix’s Inside Man is that Senator Kreiner receives that amount of money in his personal bank account every time he has s*x with his wife. Well, it happened because of a miscommunication between the senator’s wife and Selena Cadiz who happens to be one of the women who was assaulted sexually 30 years ago by him. Follow to know about the case in detail.

Steven Moffat‘s crime thriller series, Inside Man, on Netflix stars Stanley Tucci as Jefferson Grieff, a man on death row in prison. In the hopes of finding redemption before his judgment day, he helps in solving puzzles. Grieff will soon be involved in a challenging missing person case that will push his ethical boundaries.

The suspense-filled small-town mystery thriller constantly probes the morals of its protagonists. In the four episodes, he works on three significant cases, the first of which is especially interesting. Senator Kreiner approaches the prisoner with an odd problem in the first episode. He claims that $253.55 is automatically deposited into his account after each sexual encounter with his wife. You’ve come to the right place if you wonder what the meaning of the riddle is.

$253.55 Meaning on Inside Man: It Is the Amount of Money Senator Kreiner Receives in His Bank Account Every Time She Performs S*X With His Wife; Find Out Why That Happens!

Viewers were immediately searching for the meaning of $253.55 meaning as soon as Senator Kreiner mentioned the mystery he was facing. Before telling what it actually means, let’s find out how it all started.

Jefferson Grieff interrupts Senator Kreiner’s discussion of the issue and inquires about the alleged rape that occurred against him thirty years prior. He even mentions that Selina Cadiz, one of the alleged victims, works at his office. Because the allegations have nothing to do with the situation he is now in, Kreiner disputes all of the assertions and dismisses the inquiry. He even argues in his defense that a victim wouldn’t be working with him if he were a rapist.

As the episode goes on, we watch the two prisoners debating this, and Grieff gives his friend a few hints. The first hint is presented as a hypothetical scenario: “What if Kreiner’s wife discovered that he had raped Selina?” The word “therapy” alone serves as the second hint. Dillon thinks about this, but he can’t make sense of it. At the conclusion of the episode, Grieff tells him that he has given up.

Grieff claimed that Selina might have spoken with the senator’s wife because of their shared workplace and the proximity of their locations. The latter would have learned that Kreiner had indeed sexually assaulted the former during one of the talks. His wife would have found this disgusting, and she would have felt disgusted each time they had s*x. She started going to therapy sessions to deal with this, but she was unable to pay for them out of her account because she was afraid her husband would find out.

She would therefore have told Selina Cadiz to use perhaps a secret account to pay for her meetings. The text on the victim’s phone would be larger than usual because of her age, which would make it difficult for her to read it effectively. She would break the single-line text into two lines, making it so that every time she texted her, “Pay therapist $253.55”, she misread it as “Pay the rapist $253.55”. Selina would have given the senator, “the rapist,” the money after reading this. Cadiz would get another notice, and this time she would pay the appropriate party because the therapist hadn’t received the money.

As soon as the secret is revealed, Grieff and Dillon crack jokes about it. The reason the criminal refused to provide the senator with the same justification is more intriguing than the answer to this riddle. Simply explaining that he does not fulfill his criteria, he declines to help him. The husband who killed his wife is subsequently revealed to have ethically significant interests. He merely wants to do good, thus helping the senator would have been contradictory to his objective.

Will There Be Season 2 of Inside Man?

Inside Man has not yet received the Season 2 renewal. At the end of the fourth episode, there isn’t much of a cliffhanger, but there is a post-credits scene that leaves us with some unanswered issues. There is always room for more, and Steven Moffat seemed tentatively open to the notion of producing another edition.

Moffat stated in an interview with Radio Times that this plot ends with the fourth episode, though there may be some sort of continuation depending on how the public responds to what is now airing. He stated,

The story will end in four episodes. It’s done by the end of that. As to whether or not you could ever spin off anything or do any kind of sequel? I don’t know at this moment.

So it appears that there are now no plans for Inside Man season 2. However, depending on how well-received the first four episodes are, particularly now that they are available on Netflix, audiences may be demanding more.