Emily in Paris Season 3: What Lipstick Does Emily Wear? Know Where You Can Purchase L’Absolu Rouge Drama Matte From! 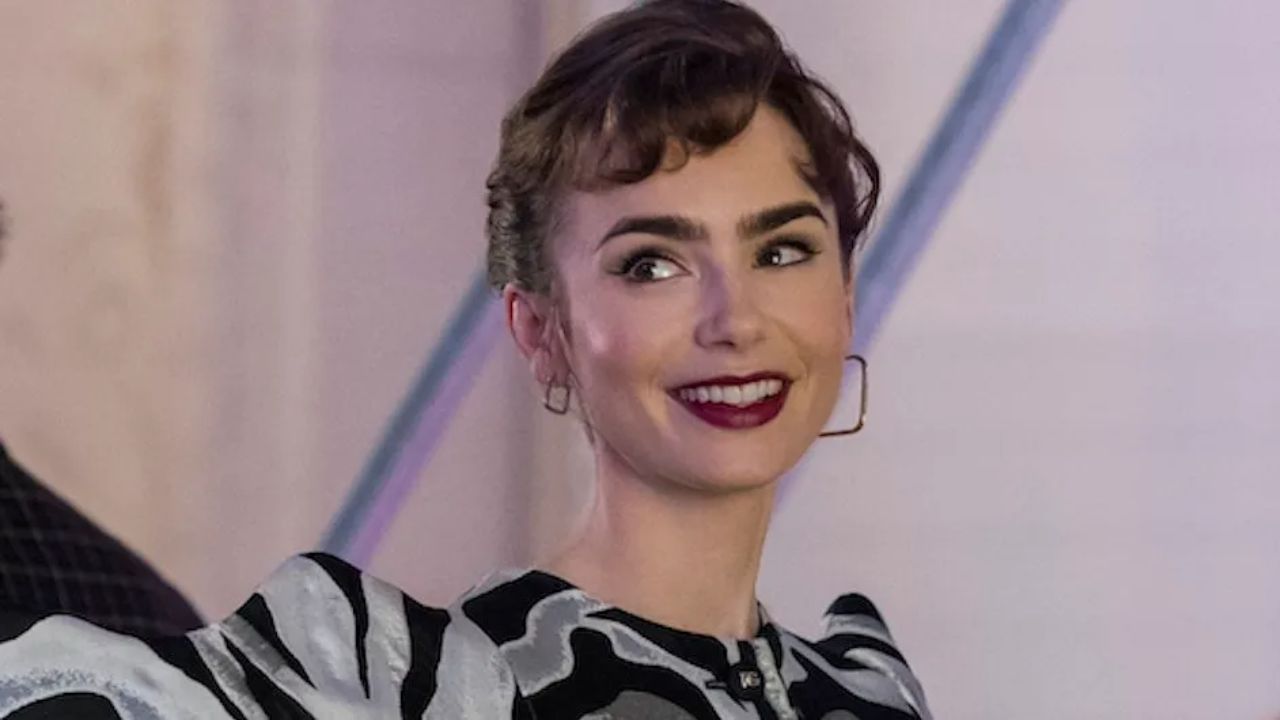 Regarding what lipstick Emily wears in Season 3 of Emily in Paris, Aurélie Payen (the show’s lead makeup artist) revealed that she built her collection of lipstick tints using tones of Lancôme’s L’Absolu Rouge Drama Matte Lipstick. Follow to know more about it as well as where you can buy it from.

Every season of Emily in Paris has been dramatic, both in terms of the storylines and the character’s appearances in terms of fashion and beauty. Season 3 of the Netflix original series has finally arrived after a year-long absence of couture, and like the show’s iconic Parisian apparel, the makeup also narrates the story.

Fans were left wondering at the end of season 2 whether Lily Collins‘ Emily Cooper would decide to advance at The Gilbert Group and return to Chicago or stay in Paris and work for her former boss Sylvie Grateau‘s new fashion marketing company.

Emily is having to make difficult, potentially life-altering decisions as she furthers her commitment to living in Paris and is no longer viewing the city through rose-colored glasses. Like many people in similar situations, Emily chose to change her appearance dramatically by having a set of soft, textured bangs.

She begins to portray her inner development (and her new look) in season 3 via her cosmetics. Among all, many people have been heavily obsessed with the lipstick Emily uses in the series. Also, they want to know everything related to it, including what it is and its price. Well, we’ve got you covered.

Additionally, find out about Ashley Parks’ boyfriend and who Kate Walsh is dating.

Aurélie Payen (@aureliepayenmakeup), the show’s lead makeup artist, kept lipstick as the main feature of Emily‘s makeup because the character’s looks in seasons 1 and 2 of Emily in Paris were focused on the lips, but she changed how the character wore various colors in Season 3. The French cosmetic artist in Paris took inspiration from her studies of when and how French ladies apply bold lip colors. In an interview with TZR, she explained,

I noticed that French women always wore bold red lips during the day while at work, so I wanted to inject this French perspective into the character. That’s why I chose to have Emily wear a vibrant red lipstick during the day instead of at night. Emily is very focused on work and I wanted her lip to reflect that.

Throughout the season, Emily does wear other vivid lipstick colors like strawberry and orange, but they also depend on the day and her mood. But the unifying element is usually a red undertone. Payen also claims that when she does wear a nude tint, it is purposefully darker than in previous seasons.

As for what lip colors Emily is wearing, Payen revealed that she built her collection of lipstick tints using tones of Lancôme’s L’Absolu Rouge Drama Matte Lipstick (you can purchase it from the given link). She stated,

I would choose the color and then I would give one or two choices to Lily to see if she will pick the same colors that I already chose. And we were always on the same page because we always chose the same colors.

Emily doesn’t leave her distinctive strong lip, but she does experiment with eye makeup toward the conclusion of the season. Another action that portends what will happen next in her narrative. Payne added, “At the end of the season, I played more with the eyes because I want to open to something different for season 4.”

And in season 3, Emily is not the only character who has taken an interest in eye makeup. The graphic eyeliner and disco-inspired eyeshadow of her stylish Parisian friend Camille are two beauty trends that have captivated TikTok and Instagram in 2022. When creating Camille’s eyeliner looks, the makeup artist revealed that she used a kohl eyeliner pencil from Le Rouge Français, a cult-favorite, premium French vegan cosmetics line.

Apart from accents of colorful makeup, flawless skin forms the basis of the easy (and illusive) French girl beauty style. In order to give the cast members beautiful foundations on a natural basis, Payen said she concentrated a lot on skin prep before applying the makeup on set. Instead of a thick coating of makeup, she always wanted to see their actual skin.

She even said that she used half of the time on makeup doing skin prep. Her routine included the popular CurrentBody LED Face Mask and many skin care items from well-known French companies, such as Talika’s Eye Therapy Patches and Payot’s Quartz Roller. In addition, Payen also swore to use Payot’s Soft Tonic Mist to rehydrate skin and cosmetics throughout the humid summertime photo sessions in Paris.

What Does the Joker Card Mean in Alice in Borderland? Reddit Users Seek Its Meaning in Manga! Read More