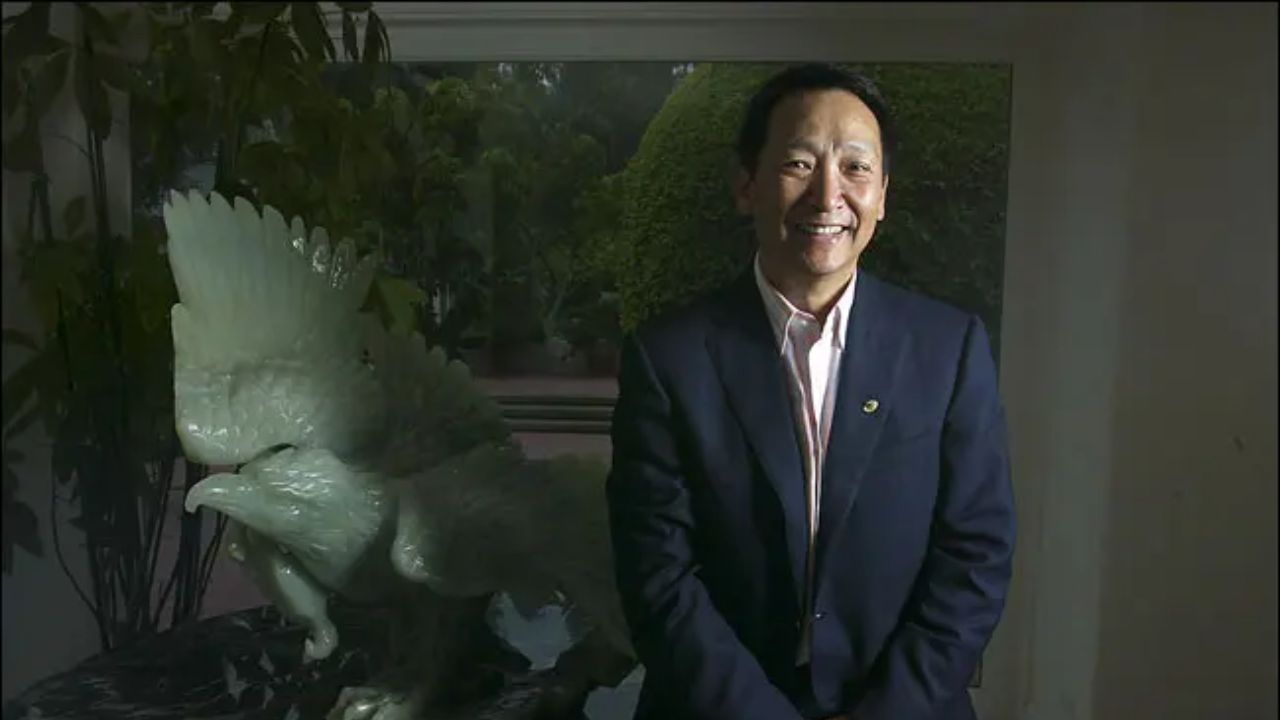 Dorothy Wang from Bling Empire is a rich kid as her dad Roger Wang is a billionaire. Specifically, Dorothy’s father is the owner of a real estate agency and boasts a net worth of $3.5 billion in 2022. As for what Dorothy’s dad does for a living, Roger Wang is the chairman and former chief executive officer of the Golden Eagle International Group.

Aren’t we all bored of our tedious lifestyles? Don’t we crave entertainment and an escape from our usual boring days? Bringing a solution to everyone’s lives, the popular streaming media, Netflix is consistent with bringing reality shows, television series, and movies. Recently, on the 13th of May, a new Netflix production, Bling Empire was released, and the show is filled with Asians and Asian Americans.

All the wealthy people are cast members of the show, and not all are self-made millionaires, some got the money from their parents as well. Dorothy Wang is one of the cast members of Bling Empire, and upon her presence in the show, people are quite invested in knowing about her dad, and how is she filled with extreme wealth.

Dorothy Wang (@dorothywang), a renowned personality of Bling Empire, is from Beverly Hills, California. She attended the University of California and has gained her degree. As of today, she has been rising to prominence after her cast in Bling Empire and has been claimed as the rich kid.

Dorothy’s dad, Roger Wang is wealthy as he is a Chinese-American businessman. To be specific, Dorothy’s father is the chairman and former chief executive officer of the Golden Eagle International Group.

Being the 819th richest person, Dorothy’s dad is worth around $3.5 billion. Earlier, Dorothy’s father, Roger made money via building condos in Los Angeles, and later, from his profit, he commenced his business, Golden Eagle International Group.

Roger established this company in 1992, and this particular company is linked top real estate business. As of today, Dorothy’s dad is no longer the CEO of Golden Eagle International rather he is the chairperson, and has been dedicating his time to social work.

Roger Wang is a married man and lives with his wife. As of today, he is 73 years old, and still hasn’t given up on his work, and has been making billions of money.

What is Dorothy Wang Doing Now?

Although Dorothy Wang‘s dad makes millions of money and can give her the best possible life, Dorothy doesn’t stop herself from being an independent woman, and thus, works as a real estate agent.

Initially, Wang worked at The Agency, and this isn’t her first time appearing on reality shows. In fact, the cast member of Bling Empire has appeared on other four reality shows as well. She made her presence in all the four seasons of  Rich Kids of Beverly Hills which has premiered from 2014 to 2016.

After the end of Rich Kids of Beverly Hills, Dorothy said, “Before, between filming scenes, I had to fit my regular life in—doctors’ appointments, getting my nails done, going to a birthday party. For four years, I held my breath and just ran. Now, I feel like I’m really liking life.”

Presently, Dorothy Wang has moved from Los Angeles to New York City, and as per some sources, it has been estimated that her net worth is around $10 million. Not only does Wang make money from being a real estate agent, but she is a popular social influencer as well, and has millions of followers on her Instagram.