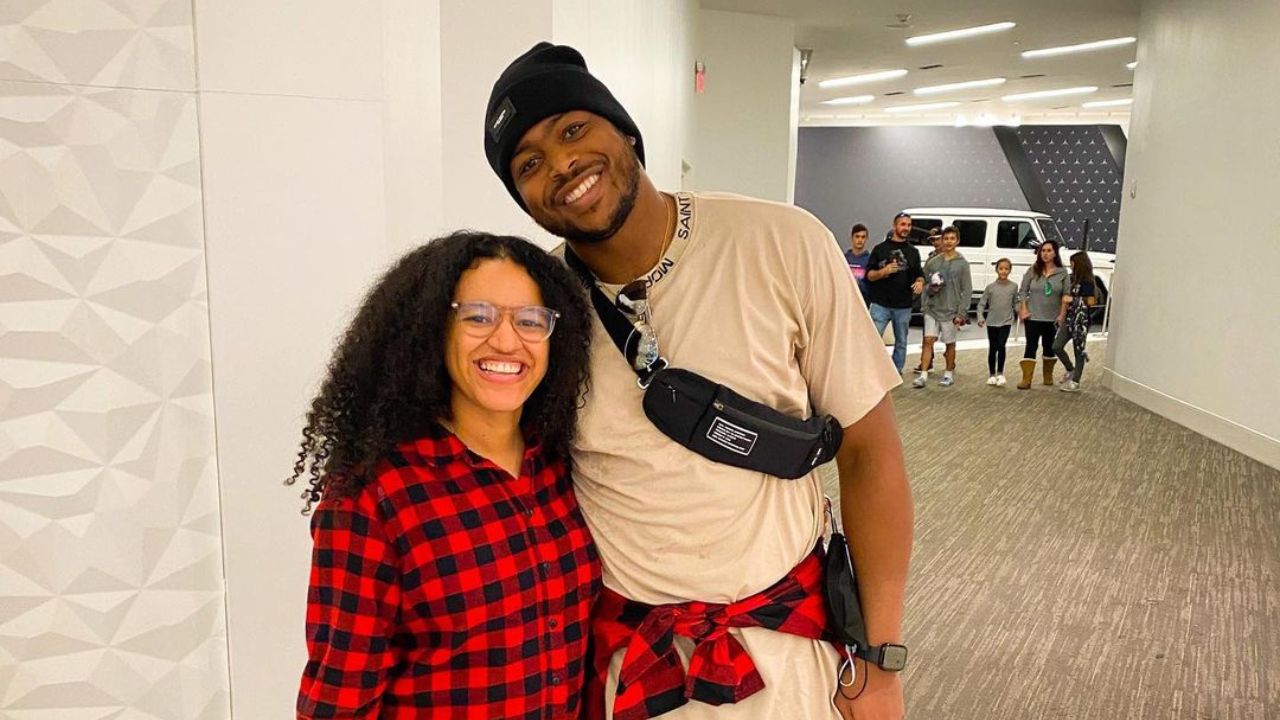 Brandon Copeland, one of the investors in Netflix’s Buy My House, is married to his wife, Taylor Destany. The couple initially met at the University of Pennsylvania. They tied the knot on January 27, 2018, and also have two children together. Follow to know more about Brandon Copeland and his relationship.

Buy My House is a reality TV show on Netflix that depicts homeowners from throughout the United States attempting to sell their homes by making a reasonable offer to four real-estate tycoons. These investors include Glenn Kelman (CEO of Redfin), Pamela Liebman (CEO of Corcoran Group), Brandon Copeland (NFL Linebacker and investor), and Danisha Wrighster (real estate broker).

The homeowners engage in various talks with the businessmen sitting in front of them as they discuss the specifics of their properties and their touching backstories. In addition to the amazing assets that the reality show showcases for its viewers, host Nina Parker engages and entertains the audience.

The show premiered on September 2 and has been viewers’ first choice as it is interesting and entertaining at the same time. With the increasing popularity of the show, many viewers have been curious to know the personal details of the investors, especially Brandon Copeland. They want to know if he has a wife/girlfriend or if he is single. Well, we’ve got you covered.

Previously, we touched on Barbara Corcoran and Glenn Kelman’s Wiki.

Meet Brandon Copeland’s Wife, Taylor Destany Copeland: The Couple Has Been Married for Over 4 Years and Has 2 Children Together!

Brandon Copeland (@bcope51) is happily married to his wife, Taylor Destany Copeland. The Buy My House cast and his wife met each other for the first time at the University of Pennsylvania. Taylor is a co-founder of Beyond the Basics Inc. They got married on January 27, 2018, and this year marked the end of 4 years of marriage. The pair has 2 boys, Bryson and Braylon Copeland.

Born in Sykesville, Maryland, to a single mother who made sure her child learned all the necessary life lessons, Brandon owes everything to his mother, Angela Hilton-Copeland, who works for the Social Security Administration, as well as his high school coach. His father was never really in the picture because he was unreliable, an alcoholic, and frequently in and out of their lives.

His grandfather was former Baltimore Colts defensive player, Roy Hilton. Brandon played football, basketball, and track while attending Gilman School. During his senior year, he was chosen as team captain.

Brandon Copeland also represented the winning team of the Maryland Interscholastic Athletic Association in 2006 after receiving the National Football Foundation Scholar-Athlete of the Year Award in 2008. That same year, he was also named to the Academic All-State team.

Copeland also participated as the captain of the University of Pennsylvania team where he also met his wife, Taylor Destany that went on to win the 2012 Ivy League championship. He earned a Bachelor of Science in economics from the Wharton School and graduated.

Brandon Copeland was first signed by the Baltimore Ravens on April 27, 2013, as an undrafted free agent, however, he was eventually released a few months later. Copeland joined the Tennessee Titans on their practice squad on October 8, 2013. On November 5, 2013, he was removed from the Titans’ practice squad after over a month, but he was quickly added back to the group. On December 31, 2013, he signed a long-term contract with the Titans.

Apart from his football career, Brandon worked as an intern at UBS for two summers, managing the finances for travel management before moving on to become a sales and trading analyst while he was still in college. After some time, Copeland founded the Cascade Advisory Group, an educational organization dedicated to disseminating financial information by teaming up with clients who share the same vision. He is currently the president of this group and hosts his own podcast, Money Music Culture.

Additionally, Brandon Copeland went back to the University of Pennsylvania to teach a session on financial literacy. The NFL linebacker had the chance to appear in Buy My House, with other real estates moguls like Pamela Liebman, Glenn Kelman, and Danisha Wrighster, proving that his accomplishments do not end there.

Buy My House is currently streaming on Netflix.

Before leaving, find out if Barbara Corcoran ever had a stroke.