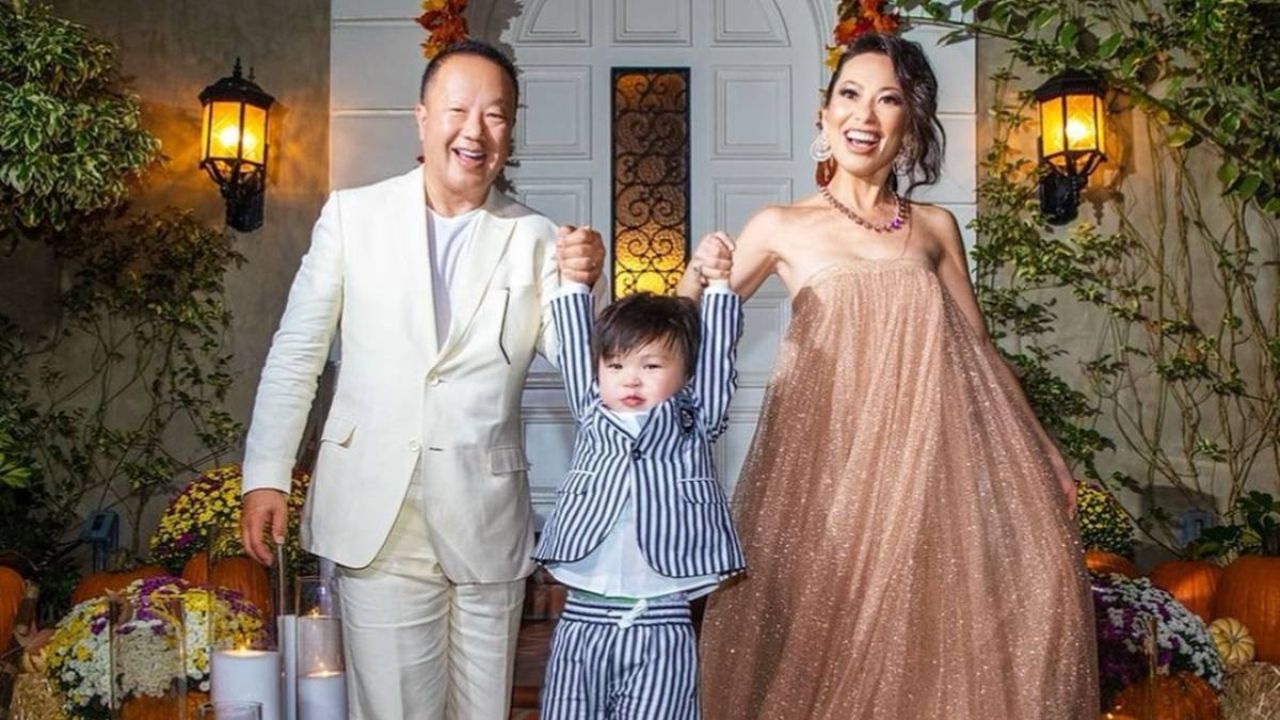 Christine Chiu, a cast member of Bling Empire, and her husband, Gabriel, are the parents of Baby G (real name: Gabriel Chiu III). While we were waiting for Season 2, Baby G, who always wears a helmet, has grown into a beautiful, talking, and walking 2-year-old child. Go through the article to learn more about Bling Empire's Baby G.

Bling Empire is Netflix's next binge-worthy reality show. It follows some of LA's wealthiest and most glamorous Asian and Asian-American elite. It's been dubbed the real-life equivalent of Crazy Rich Asians. With a twist on familial ties and tradition, this multilingual series gives a glimpse into the lives of the affluent and famous.

Bling Empire was produced by Jeff Jenkins, who previously worked on KUWTK, and features a cast of fascinating characters, including Baby G and his family. His parents are the aforementioned Christine and  Dr. Gabriel Chiu, a high-end plastic surgeon.

Baby G last appeared in front of the Bling Empire season one film crew two years ago. His mother, Christine Chiu, was the baby's constant companion throughout the season. After the cameras stopped rolling and viewers finished watching the first season, they took to social media to check where the cast members, including Baby G, are now.

As shown on the show Bling Empire, Baby G was named after his father, which was disclosed at his 1st birthday party. His parents may refer to him as Baby G solely as a nickname! Netflix's camera team follows Christine and Gabriel Chiu's journey as parents to their baby. His parents even gave him a surprise party, complete with a Gucci claw grabber, among other opulence and glitz.

Baby G is frequently the star of the show, just because of his adorableness. He was only a few months old when the show began filming in 2019. He was still in diapers and in the newborn stage. During photoshoots, he enjoyed tummy time and sat in elegant miniature automobiles. His big baby cheeks added the finishing touch to his designer baby clothing.

Christine Chiu and Dr. Gabriel Chiu's kid, Gabriel Chiu III, a.k.a. Baby G, has grown into a beautiful, talking, and walking 2-year-old child while we've been waiting for the fresh season 2 episodes of Bling Empire to air. Christine has been hard at work designing the ultimate playroom of Baby G's fantasies to keep him occupied.

Baby G, like many other children his age, enjoys playing with toy automobiles, tractors, and planes. According to the 38-year-old reality personality, he has a soft spot for little, brightly colored automobiles.

Although the reason why Baby G is wearing a helmet has not been revealed, it is common for certain babies to do so. Helmet therapy is a procedure for treating abnormal head shapes in neonates, and it's possible that Christine and Gabriel's son was undergoing it.

Baby G has a sizable Hot Wheels collection, which Christine tells Good Housekeeping during a video tour of his playroom, which you can view on Video.

As a new mother, she is attempting to teach him small lessons here and there, and she is learning as well, as she previously stated. Teaching him is more satisfying than attending any fashion show she'll ever see. Baby G also has four different little Tesla cars and a miniature motorcycle that he can drive around the home whenever he wants.

Christine wanted her son's playroom to be colorful, exciting, and instructive, despite the cool technology and toys. Only by looking up will the toddler discover a world beyond his four walls. The Santa Monica Pier, the Beverly Hills Hotel, the Hollywood Sign, and Paradise Cove are among the historical places depicted in hand-drawn murals that can be colored in.

Christine has plans to continue altering the area to meet Baby G's needs as he grows. She aims to design a library for him in the future to encourage him to read, which she believes he will find peace.