Who Is Adrienne Maloof? Net Worth, Shoes, Husband, Kids & Boyfriend; Is She Related to Sammy Maloof From Netflix’s Drive Hard The Maloof Way? 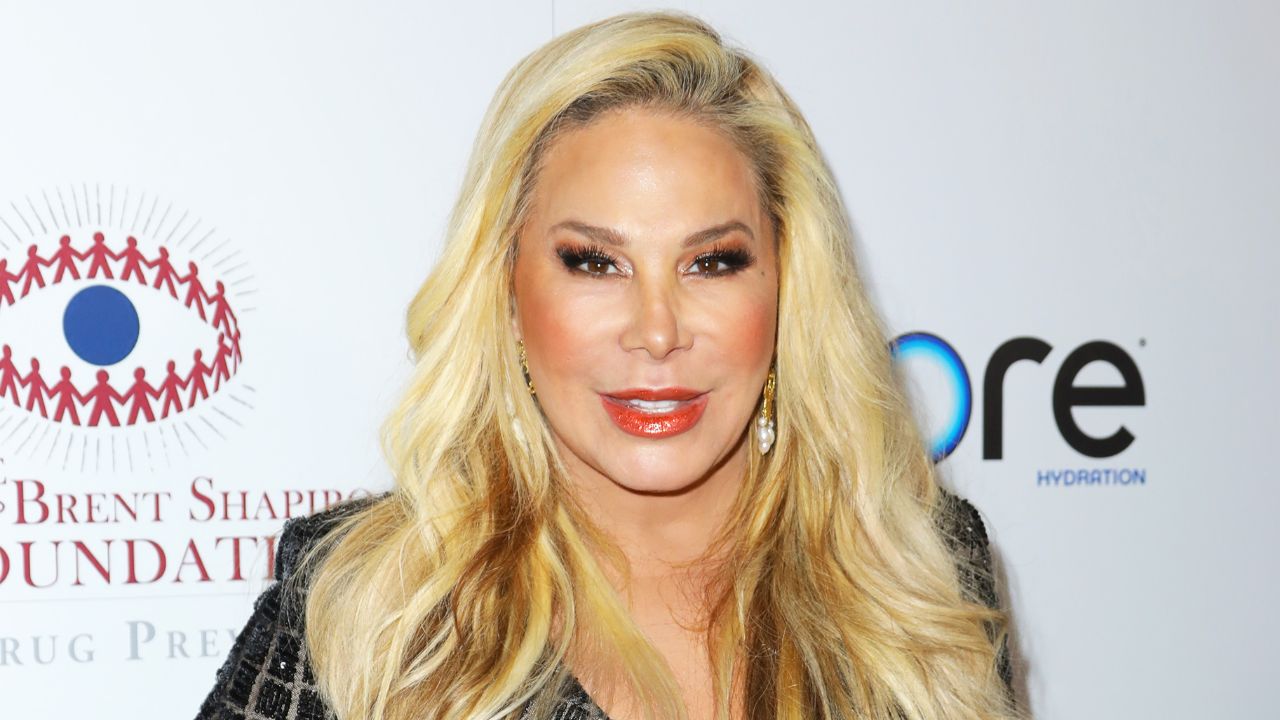 Many fans are currently wanting to know about Adrienne Maloof as they believe she is related to Sammy Maloof from Netflix’s Drive Hard: The Maloof Way. Well, they’re not related to each other in any way. Follow to know more about Adrienne, including her net worth, shoe brand, husband, kids, and boyfriend.

Drive Hard: The Maloof Way on Netflix would be ideal if you enjoy fast automobiles, intense races, and amazing stunts. Sammy Maloof and his family are the focus of the genuinely captivating reality show as they manage their own vehicle body and repair business, Mahloof Racing Engines. Sammy is a well-known stunt performer, and Mahloof Racing Engines is known for producing exceptionally fast and dependable racecars.

With the arrival of the show, many people are currently seeking information about Adrienne Maloof. Some of them believe Adrienne is related to Sammy as their share the same last name. Well, they’re not. Sammy and Adrienne probably have no idea that they’re linked to each other. However, not that you know they’re not related, let’s find out who actually Adrienne Maloof is.

Adrienne Maloof (@adriennemaloof), an American entrepreneur, television personality, and shoe designer, was born on September 4, 1961. She is also a co-owner of the Maloof Companies, which owns a stake in the Sacramento Kings (NBA), Vegas Golden Knights (NHL), The Palms Casino Resort in Las Vegas, Nevada, as well as Maloof Productions, Maloof Music, and the defunct Maloof Money Cup skateboarding competition.

Adrienne Maloof is of Irish and Lebanese descent. She is a member of the Maloof family and the only daughter and third child of multibillionaire businessman George J. Maloof Sr., whose wife Colleen co-owns the holdings of the Maloof Companies with Adrienne and her brothers, George J. Maloof Jr., Joe Maloof, Gavin Maloof, and Phil Maloof.

Her role expanded to include the interests of all Maloof Companies after working in the marketing and promotions division of the family-owned liquor and wine business. She has now controlled a large portion of the Maloof Companies’ marketing activities for more than 20 years.

Adrienne Maloof has also produced a number of Maloof Productions’ projects, including the 2005 horror movie Feast, and is also active in establishing customer service standards for all Maloof Companies, including brother George Jr.

She appeared on The Real Housewives of Beverly Hills on Bravo for its first three seasons, joining Kim and Kyle Richards, Camille Grammer, Lisa Vanderpump, Brandi Glanville, and Taylor Armstrong in the cast. Maloof revealed on March 4, 2013, that she will be departing the TV show, however, she has made cameos in the fifth, sixth, eighth, and tenth seasons.

Maloof spends a lot of her free time working on philanthropy. She has contributed to a variety of causes, including Camp Kindness with the Sacramento SPCA, Good News Foundation, and School On Wheels. Maloof also collaborated with Congress in 2019 to stop school shootings.

Adrienne Maloof got married to Paul Nassif, a plastic surgeon with expertise in facial plastic surgery, notably rhinoplasty, on May 2, 2002. The couple’s three kids are twins Collin and Christian (b. 2006), as well as Gavin (born in 2003). They lived in Beverly Park, a Los Angeles gated neighborhood.

On July 30, 2012, Nassif filed a separate petition with her. Irreconcilable differences were listed as the cause of the split in the documents, which were filed in the Los Angeles Superior Court.  The couple finalized their divorce on November 8, 2012. Later, Maloof officially announced her relationship with Sean Stewart, the son of British rockstar Rod Stewart, on January 22, 2013.

Additionally, she has an estimated net worth of $40 million in 2022.