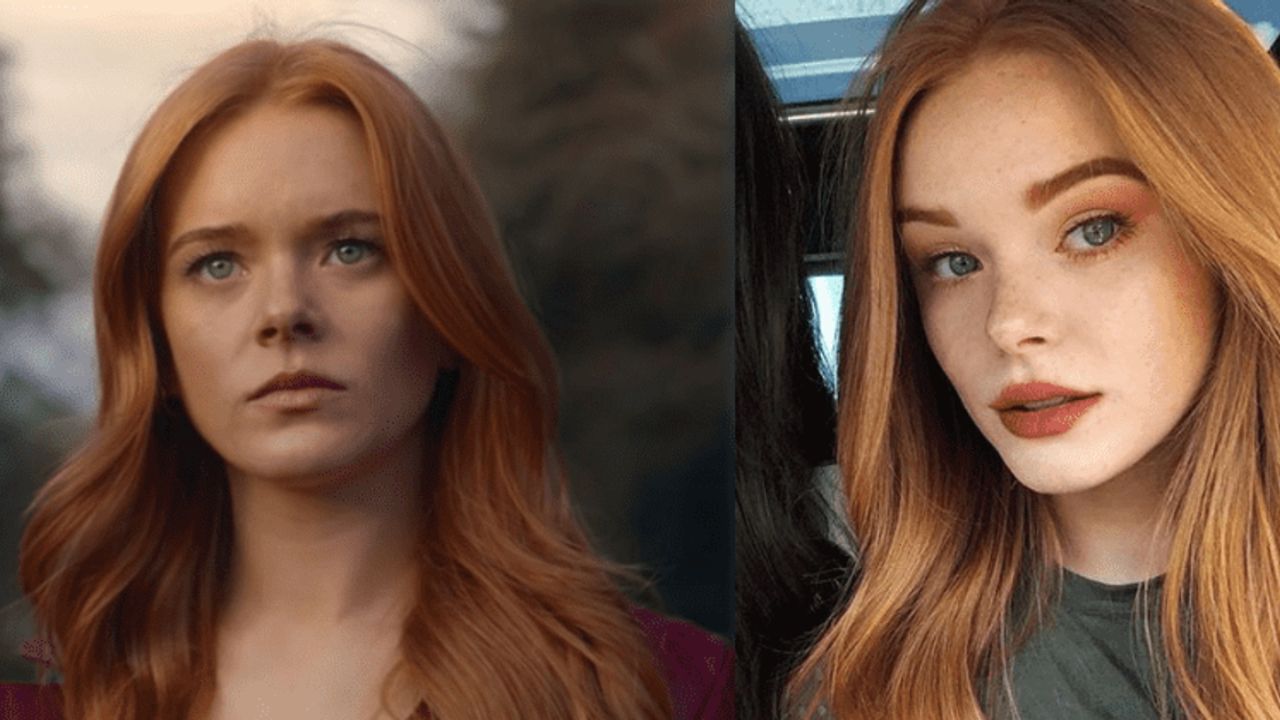 For those who are unaware, Abigail Cowen’s natural hair color is red. She has stated that her hair color plays a significant role in who she is. The Redeeming Love actress has worn dirty blond hair in a few different productions, but the redhead star is best known for sporting her red-orange hair in its natural state. Abigail Cowen’s eye color is blue. The ‘Fate: The Winx Saga’ actress takes care of her hair by doing extensions and making them blonde.

The characters’ twists in Fate: The Winx Saga on Netflix may surprise those of you who grew up watching Nickelodeon’s Winx Club. In the live-action fantasy television series, Bloom and her classmates attend Alfea, a boarding school in the Otherworld where students learn to control their magical abilities. These students treat magic and monsters as if they were experiencing them on any other day.

The audience is transported to a completely different world via television and film. That’s what Fate: The Winx Saga does because it takes place in a made-up otherworld. The Netflix original series depicts the story of a young girl named Bloom (Abigail Cowen), who discovers she can manipulate fire. After accidentally lighting her house on fire and almost killing her parents in the process, she decides to learn how to handle it.

Bloom (Abigail Cowen) discovers that there is a vast universe out there where magical beings like her can live and prosper while looking for a place for themselves. It is exciting to watch what happens to Bloom (Abigail Cowen) and her roommates in Season 2 of the teen fantasy series Fate: The Winx Saga.

Abigail Cowen drew the crowd in with her cool, collected demeanor. Fans are interested in learning more about her, especially regarding her natural hair color. You can get all the details you need right here!

Previously, we touched on Sadie Soverall’s parents and Elisha Applebaum (plus her race).

Abigail Cowen’s (@abbey_cowen) natural hair color is red. It might take you a moment to recognize Abigail Cowen when you first meet her in the role of Angel in the movie Redeeming Love. To get into character, the performer underwent a significant makeover, which included dyeing her hair for the first time, blonde hair, and hair extension. Regarding her eye color, it is blue.

Abigail Cowen has changed her hair color a few times over the years, but she isn’t exactly a hair chameleon. The Fate: The Winx Saga actress has worn dirty blond hair in a few different productions, but she is best known for sporting her red-orange hair in its natural state.

Abigail Cowen has the kind of striking bright red hair and pale skin that command your attention. The young performer got noticed while growing up in Florida, but not for the reasons she had hoped. In many ways, it helped her prepare to portray Bloom, a fairy who must learn to control her dangerous magical abilities and who develops more self-awareness and magical confidence throughout seven action-packed episodes in season two.

Cowen’s natural hair color plays a significant role in who she is. She exchanged it for Angel’s white-blond hair color for the film, but it wasn’t the original idea. According to Cowen, she was planning to wear a wig, but the wig didn’t come in on time. She and the movie’s hair staff ultimately decided to color her natural hair as a workaround. Having said that, she didn’t make an easy choice. She claimed,

Being a redhead, I was always advised not to dye my hair. You will never regain your color. I had always wanted to, but my mother, who is also redheaded, told me not to. Later, the duty rang.

She felt as though her red hair defined who she was. However, because it was made entirely for her art, she doesn’t regret her choice. It was exhilarating for her to assume a character. She felt more like Angel once she had finished.  She posted a photo of herself bleaching her hair on Instagram in February 2020 with the message,

YES, I did sacrifice my red hair to the acting gods.

Cowen’s hair was covered in foils in the picture as she was undergoing a metamorphosis, but she didn’t say at the time what project the dye job was for. It’s appropriate that Cowen gave up her red hair for the first time to go blond because, as she previously said, she’s always wanted to replicate the Anya Taylor-Joy look. The actress seems to be taking good care of her hair.

Before you leave, learn about Cowen’s plastic surgery.