Which Actor Released a Holiday Song to Coincide With Their New Netflix Movie? 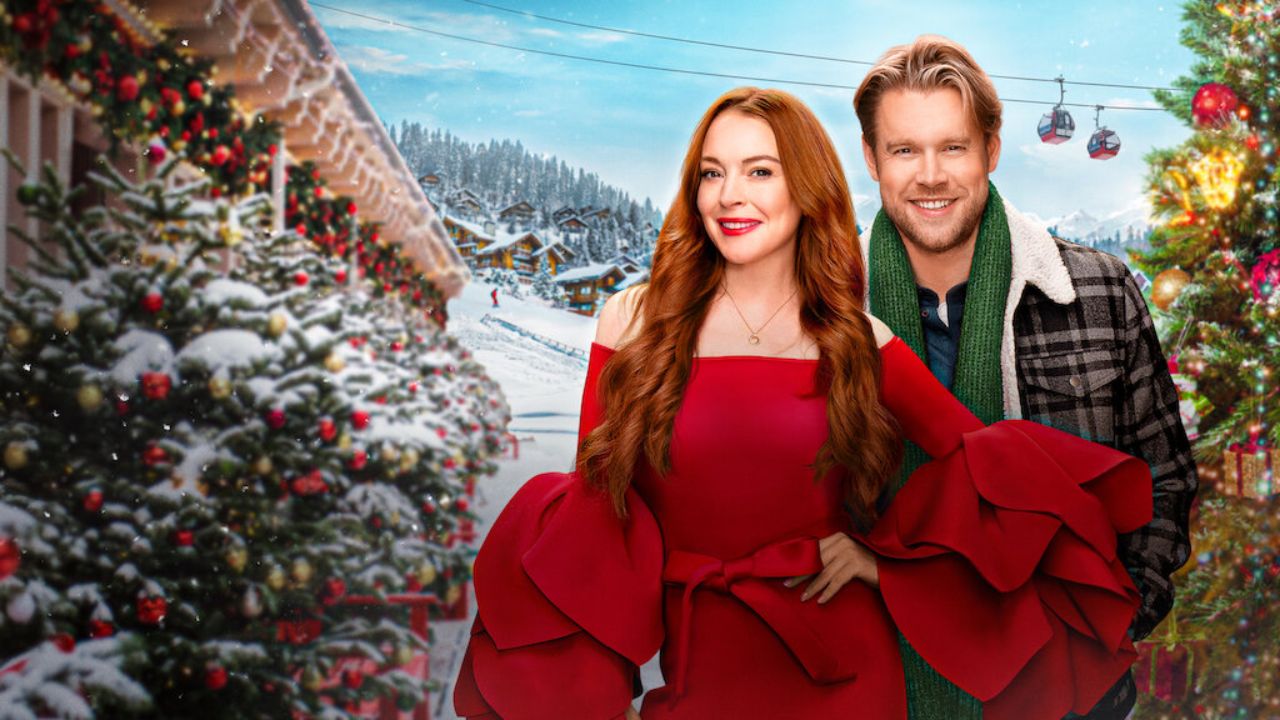 Lindsay Lohan released a holiday song to coincide with her new Netflix movie titled Falling for Christmas. She covers Jingle Bell Rock for the second time. Yes, she first covered it for Mean Girls back in 2004. The movie, which got released on November 10, features Lindsay as Sierra Belmont who has forever been living a lavish lifestyle and struggles when a tragedy occurs.

You’re going to be spending a lot of time soaking up the holiday cheer—and the glow of your television—so we hope you grabbed an exceptionally large mug of hot cocoa and added a few extra logs to the fireplace. In the shape of more than 150 new Christmas movies, Hallmark, Lifetime, Netflix, HBO Max, BET+, Great American Family, and other networks and streamers are preparing a snowstorm of laughter for the last few months of 2022.

Be prepared for pop stars returning home for the holidays, baking contests, widowed mothers about to find love once again, rustic B&Bs, and maple farms in jeopardy – you name it, these flicks will give it a merry joyful finale. In fact, this year, we’re going to celebrate Kwanzaa as well as Hanukkah.

With the stars preparing to return back for the holidays, there’s one actor who is making headlines for releasing a holiday song to coincide with their new Netflix movie. If you wish to know who the actor is, we’ve got you covered.

Lindsay Lohan Released a Holiday Song Titled Jingle Bell Rock to Coincide With Her New Netflix Movie, Falling For Christmas: Know What the Movie Is About!

Celebrities try to bring something for the public on holidays as everyone wants to have a good time with their family. Whether it’s a movie or a song, a holiday present has always been appreciated by the audience. What about if you get to listen to a holiday song and or watch a holiday movie featuring your favorite celebrity? Yes, Lindsay Lohan (@lindsaylohan) released a holiday song, a cover of Jingle Bell Rock (again!), to coincide with her new Netflix movie titled Falling for Christmas.

Come on, it’s Lindsay Lohan in a holiday film. We last saw Lindsay Lohan perform “Jingle Bell Rock” in Mean Girls when Cady intervened to rescue the day at the holiday talent contest. Eighteen years later, she is still singing without the Plastics by her (though who knows, an enthusiastic Amy Poehler could still be listening).

The Netflix film, directed by Janeen Damian, is a holiday romantic comedy that centers on the privileged, recently engaged Sierra Belmont (Linsday Lohan), a hotel heiress who encounters an accident while skiing just a few days before Christmas. She experiences complete amnesia as a result of the accident, which has a significant impact. Fortunately, she is discovered by Jake Russell and his daughter Avy, a widower, and gorgeous but down-on-his-luck lodge owner. He offers Sierra a room in his home for the time being in order to care for her and aid in her memory recovery.

Jake, however, develops a deep affection for Sierra as they spend more time together. The movie, which stars Lindsay Lohan, Chord Overstreet, George Young, and Jack Wagner, is a great choice to watch, especially during the holiday season, thanks to its heartwarming storyline.

Falling for Christmas is a traditional holiday movie that incorporates all the typical trappings of the subgenre. This story’s key elements include an odd accident, a chance encounter between strangers, and a conflict between the heart and the mind. The story honors the spirit of generosity and has a few miraculous scenes that revive faith in miracles. Additionally, it’s a treat if you’re a Lindsay Lohan fan. You get to see and listen to her at the same time.

Lindsay Lohan also remarked how important it was to her to do this film because it was a movie about the season that gave her her big break in the industry. When speaking to Good Morning America, she said,

This was just the perfect script full of love and family and romance and joy all in one. You don’t really need all the material things in life it’s good to just focus on the simple things.

The actress also discussed how much she missed working on these kinds of movies in another interview with Netflix Tudum. In the film, we watch how Sierra, played by Lindsay, comes to understand the numerous intricacies of Christmas and what it truly means to celebrate the holiday. She helps Jake at the lodge, picks up skiing, and even goes to a small charity function. She develops a passion for the holiday and the concept of spending time with loved ones as a result of these activities. In conclusion, the movie contains themes that resemble actual life even though it is a fictional film.