What Happened to Gaal Dornick? Her journey on Foundation Explained! 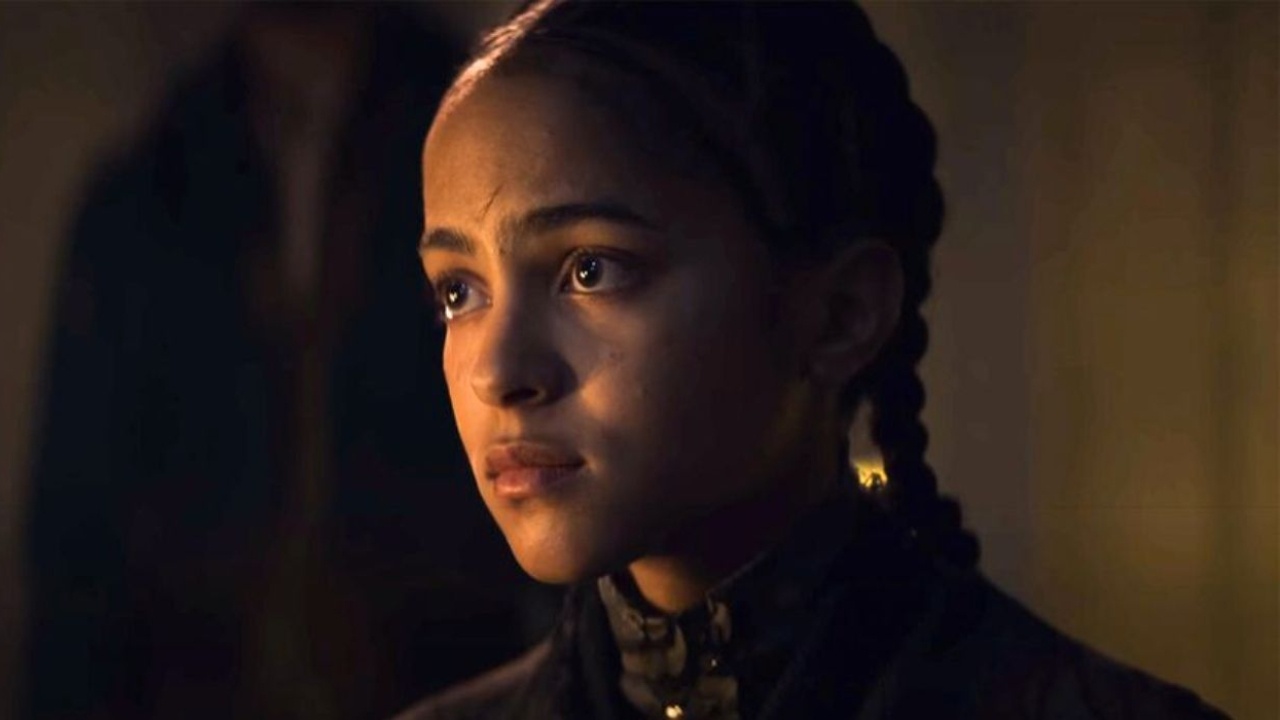 Find out what happened to Gaal Dornick on Foundation. Gaal Dornick has seemingly left the Foundation, but where is she going? We're exploring her journey.

Foundation is just as much a character piece as it is a thriller, and Hari Seldon's protégé Gaal Dornick is the throbbing heart of the opening two episodes.

Gaal was lured into this circumstance against her will, duped into embracing the Foundation by being persuaded to travel to Trantor just as things were heating up, but she is an explorer at heart, and she has welcomed her role in the Foundation.

She's even started to make a name for herself by falling in love with Raych, Hari Seldon's best friend. Gaal's world is shattered again at the conclusion of Foundation episode 2 when she enters Hari's room and finds him collapsed on the floor, killed by Raych.

The second episode of Foundation does not explain Raych's seeming betrayal, but it does imply that Raych and Seldon's bond has been deteriorating for some time, with Hari seeking to compel Raych to go against his desires.

The most likely explanation for the killing is that Seldon intended Raych to slay him because his position within the Foundation was an unforeseen variable - he'd projected his own demise, but the Emperor had thwarted his forecasts.

Hari Seldon most likely felt compelled to be of sacrifice in order for the plan to be successful, therefore he persuaded Raych to carry out the murder. Gaal Dornick's presence at the crime spot was just a result of bad timing.

What Happened to Gaal Dornick?

Raych - and most likely Hari Seldon - had definitely planned the murder meticulously, as evidenced by the preparation of an escape pod. But Gaal Dornick's inadvertent interruption changed things, with Raych shoving Gaal into it since he was afraid she was now involved in the murder.

Raych has most likely committed himself due to his love for Gaal because he will almost certainly be condemned for the murder of Hari Seldon.

Gaal Dornick, for her part, has been propelled into space in cryogenic suspension. Nothing in the Foundation transpires randomly, therefore she'll most certainly be scooped up by another ship - but where will she be brought if not to the Foundation?

Where will Gaal Dornick End Up on Foundation?

Episode 2 doesn't give any hints at this stage, but the book itself may. Hari Seldon had constructed a covert second Foundation on the other side of the universe in Asimov's Foundation trilogy.

It's possible that he had planned Raych to travel there while persisting with the role in Seldon's ambitions, and that Gaal Dornick will now go there instead. That would undoubtedly take the TV show on a drastically new path, providing its writers with a plethora of creative spaces.

However, considering the Foundation's purpose, the cryogenic suspension may be significant since a number of scenes are placed 75 years after the Foundation left Trantor. Asimov's initial tales span millennia, and many of them are novellas rather than novels, with few returning characters.

The cryogenic imprisonment might be a clever story technique to allow Gaal to remain significant to the ongoing story in the TV show, permitting her to reappear decades later.