What Happened to Deion Sanders to Put Him in a Wheelchair? Health Concerns Explained! 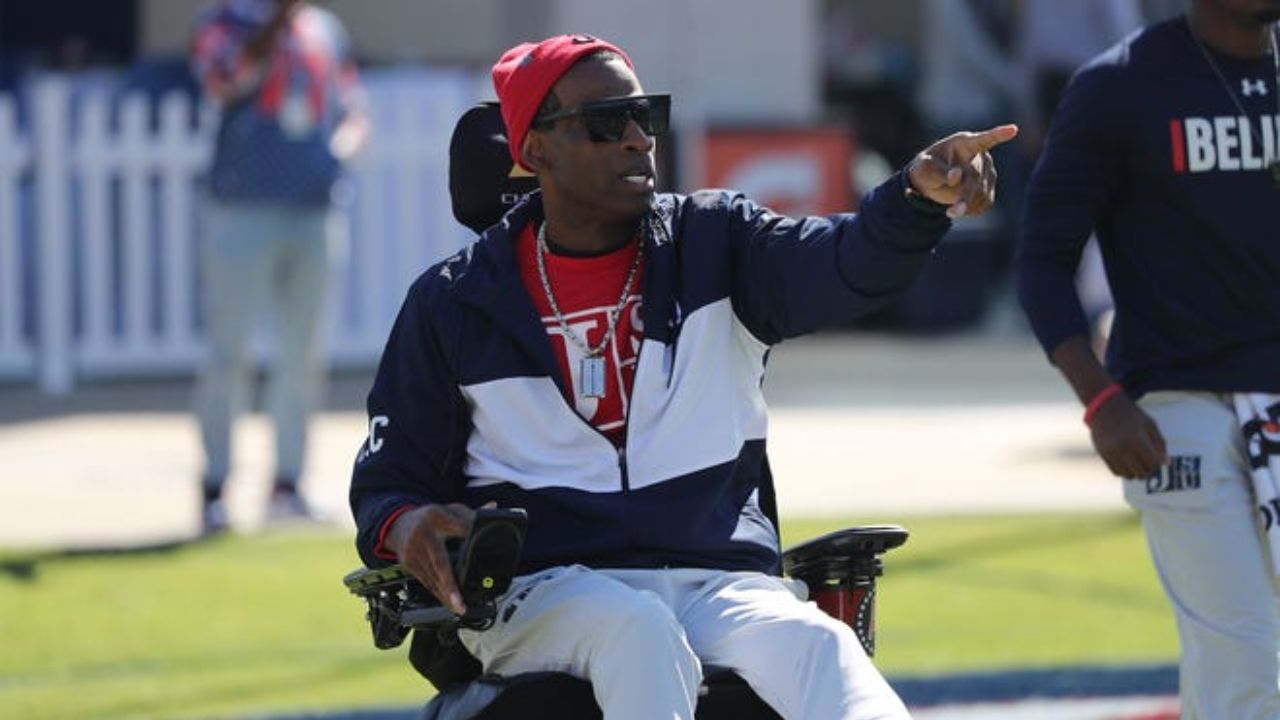 Fans are wondering what happened to Deion Sanders to put him in a wheelchair. Learn details of his health condition and the reason he got hospitalized.

Deion Sanders, head coach of the Jackson State Tigers, made a comeback to the bench for the first time in weeks in the Tigers’ 21-17 triumph over Southern last weekend.

The Tigers won the SWAC East with the victory. Sanders resorted to social media the week prior to provide a report on his health state in a four-minute clip titled “Lord I thank ya…” on Thee Pregame Show’s YouTube channel.

Here’s what we know thus far regarding Sanders’ ailments and condition.

What Happened to Deion Sanders’ Health? He’s in a Wheelchair Due to Foot Surgery!

Deion Sanders skipped three games due to serious complications from foot surgery. He was discharged from the hospital earlier this week and was prepared to travel to Louisiana for the Tigers’ game against Southern.

During the match, he was observed in a motorized wheelchair and wearing a headset. While Sanders was gone, Jackson State dominated all three games under interim head coach Gary Harrell.

Deion Sanders Opens Up About His Health Condition

Deion Sanders hasn’t talked to the press since his operation. In the Youtube clip, he acknowledged his appreciation to God for helping him through his hospital stay:

Sanders questioned himself how can he still appreciate God when it’s so difficult for him to help himself in this condition.

Sanders made his return to practice last week and has already returned to campus. Besides the video, he hasn’t said anything publicly about his condition. In the video, he basically describes his pain.

Jamal Scott From Last Chance U Season 3: Where Is He Now in 2022? Find Him on Instagram! Read More

Profile
Jamal Scott From Last Chance U Season 3: Where Is He Now in 2022? Find Him on Instagram!
Profile
Meet Damani Whitlock’s Dad, Major Whitlock: The Last Chance U Star Gets a Lot of Support From His Father!
Profile
Are Nick Kici and Jawahir Khalifa Still Together? Reddit Users Wonder if the Too Hot to Handle Winners Split Up!
Profile
Is Sebastian “Seb” Melrose and Kayla Richart Still Together? Too Hot to Handle Update!
Profile
Find Nadine Lee From Single’s Inferno on Instagram: Age, Height & YouTube Channel of the Harvard Junior!