What Does the Live Audience See on Dance Monsters? Here’s How the Netflix Show Works! 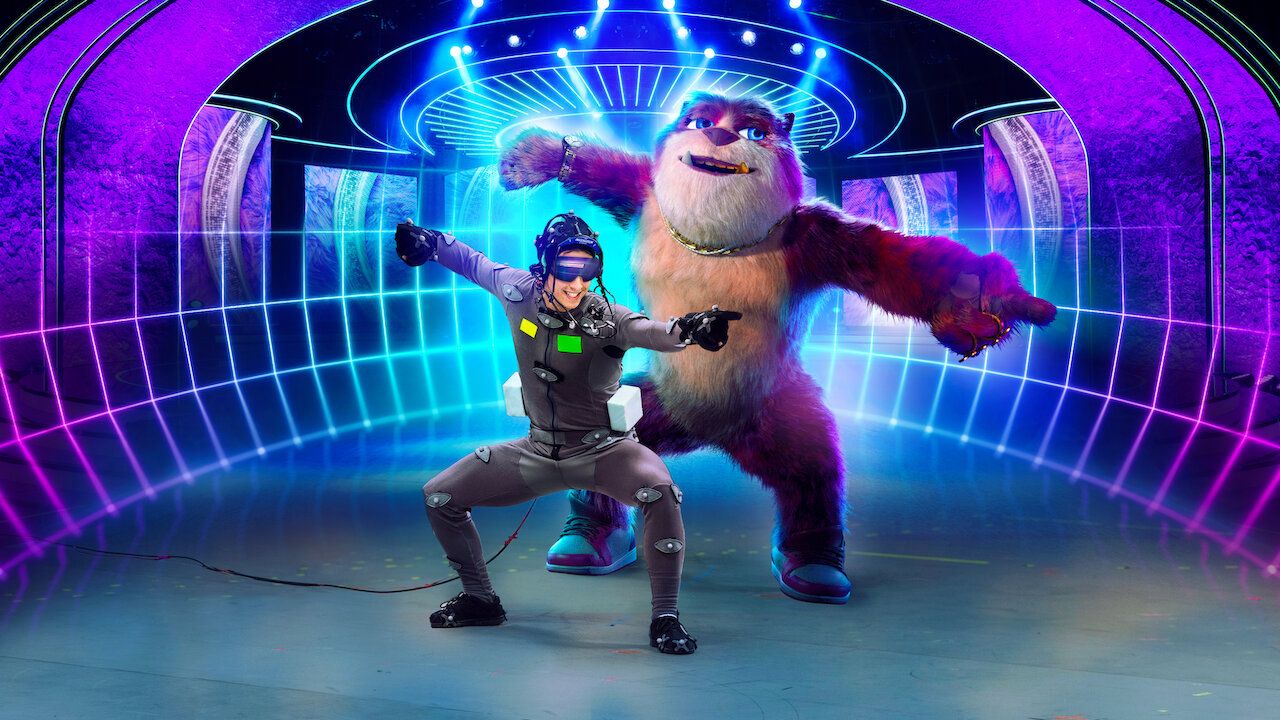 The live audience in Netflix’s Dance Monsters will only see a Monster-Like Creature (Avatars) on their screens while dancing or making general movements using CGI Effects, an Animation Technology. Yes, they and the judges don’t actually get to see the participants, who are performing backstage.

Dance Monsters on Netflix is a dance competition with a twist: the contestants dance backstage while wearing motion capture suits, and their CGI avatar is visible on stage. The hopefuls are all people who have danced at some point in their lives, whether professionally or in school, and are hosted by Ashley Roberts and judged by Ne-Yo, Lele Pons, and Ashley Banjo. The avatar is supposed to liberate them to shake their stuff in front of the judges. The competition winner will receive a cool $250,000.

While this futuristic approach broadens the landscape of dance shows, the host, Ashley Roberts, and the three judges panel make it all the more entertaining. It will feature 15 amateur dancers competing in an epic dance battle, with their faces hidden until they are eliminated.

However, people have been fascinated by the show format, especially with the technology and effects that are used for dancers’ appearances which have shocked many audiences. While the audience sees the contestants in their motion capture suits, they don’t get to see their faces. So, what does the audience really see? Let’s find it out.

Dance Monsters: The Live Audience Only Sees a Monster-Like Creature (Avatars) On Their Screens Using CGI Effects While the Participants Perform Backstage!

Dance Monsters hosted by The Pussycat Dolls dancer Ashley Roberts (@iamashleyroberts) and judged by singer Ne-Yo, YouTuber Lele Pons, and choreographer Ashley Banjo will be replaced by computer-generated beasts. where the judges and the audience will only get to see a monster-like creature (Avatars) dancing on their screens, mimicking the moves of real dancers performing off-camera, thanks to Computer-Generated Imagery (CGI) effects.

The term CGI refers to the use of computer graphics to produce or contribute to visual effects in movies, television shows, shorts, commercials, and videos as well as in visual works of art, printed materials, video games, and simulators. CGI is also referred to as computer animation depending on whether the images are static or dynamic.

Despite the fact that their faces are hidden, they communicate frequently and discuss their experiences and dreams. Typically, viewers see a cute and cool animated character dancing on stage, followed by the actual participant being covered head to toe and wired to the machines.

Although the identity of contestants who have been eliminated is obviously heavily edited, Dance Monsters maintains reality aside from the use of monsters. The avatar’s disappearance is always sudden, sparkly, and unrealistically followed by the human monsters. However, in the world of dancing non-human creatures, this aspect of the show is about showmanship rather than deception.

However, throughout the nine episodes of the show, the audience will also learn more about real dancers, their stories, struggles, and obstacles to professional dancing. As a result, the dancers are reluctant to appear in front of the cameras. Fans will only learn the true identities of the contestants after they have been eliminated.

To win $250,000 and the title of Ultimate Dance Monster, the contestants will have to go through five rounds of solo dances, duets, and one-on-one dance battles. The winner will also have the opportunity to pursue a career as a professional dancer.

Round 1 will see the contestants divided into three heats, each with five CGI monsters. The five monsters will perform solo first, and three dancers will advance to the next round. The bottom two will compete in a dance-off, with only one proceeding to the second round. After revealing their identities, the three eliminated dancers will be sent home.

In Round 2, the CGI monsters will be divided into six-person teams. Following a solo performance, one contestant from each team will be eliminated. The bottom two performers from the solo-performance round will then compete in a dance-off battle. Each team’s dancer with the lowest score will be eliminated.

The remaining contestants will have to earn their place in the finale solely through solo performances in the fourth round. Only four CGI monsters with unknown identities will make it to the finale. After a solo performance, two of the finalists will be eliminated, and the remaining two will compete in a dance-off battle for the Ultimate Dance Monster title.

What Do the Judges See on Dance Monsters? How Does the Show Work? Read More

Reality Check
How Is Dance Monsters Filmed/Made? How Does the Netflix Show Work on Stage?
Profile
Jordan Andino’s Ethnicity: Wikipedia, Parents & Nationality of the Cook at All Costs Host!
Profile
Meet Chef Jordan Andino’s Wife, Erin Nieto: Details About the Wedding of the Cook at All Costs Host!
Reality Check
Is Last Chance U: Basketball Real? Is It Based on a True Story? Or Is It Scripted?
Profile
Jamal Scott From Last Chance U Season 3: Where Is He Now in 2022? Find Him on Instagram!