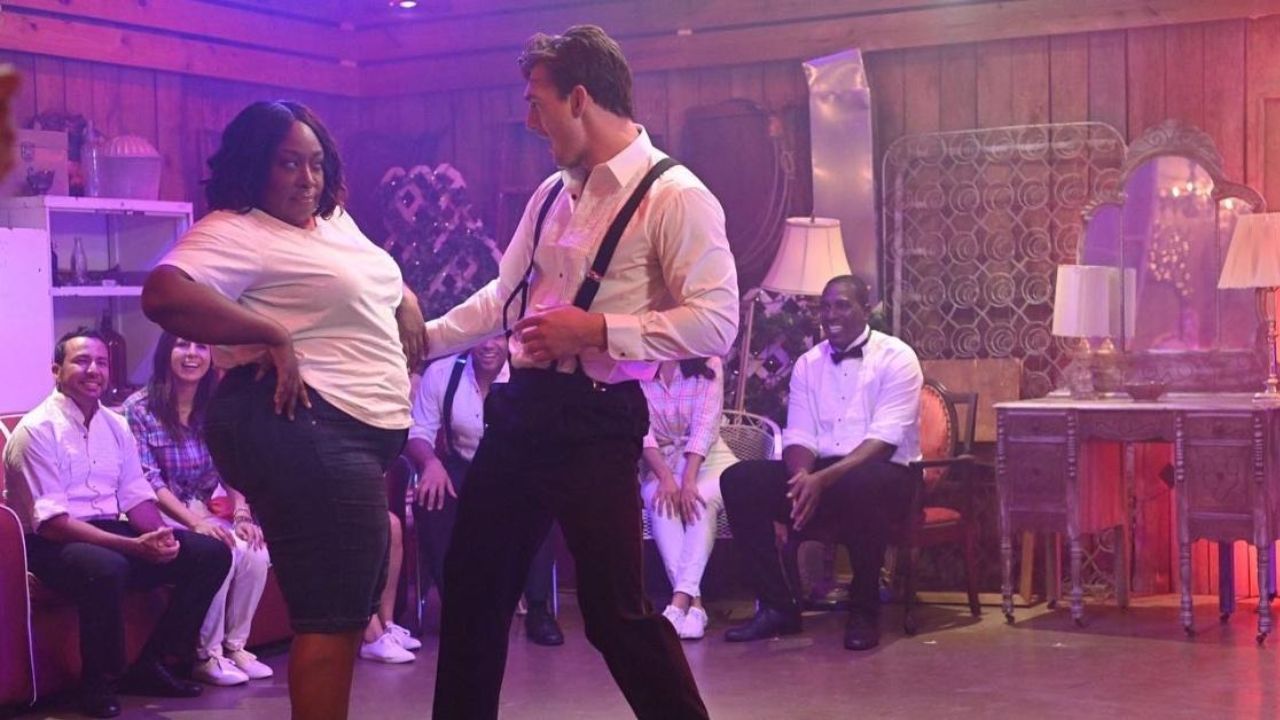 Featuring eight celebrities, who will be revisiting key locations and moments from the movie, Dirty Dancing, Fox‘s new show, The Real Dirty Dancing 2022, released its first-ever episode on 1st February 2022.

These eight celebrities will be learning to dance under the supervision of two choreographers: Todd McKenney and Kym Johnson.

So, are you excited to know more about the show, and the cast members taking part in The Real Dirty Dancing 2022?

Basically, unlike other shows, this particular one is extraordinary and will follow the eight eminent celebrities getting live dance tutorials from two choreographers.

Not all people participating in the show come from the dancing industry, there are varieties of celebrities, all coming from different professional fields.

The eminent actor, Corbin Bleu (@corbinbleu), featured on the first episode of The Real Dirty Dancing 2022 along with the other seven cast members. With having passion and being a big fan of musical theatre, Corbin is teeming with exhilaration for dancing.

Originally coming from Brooklyn, New York City, Bleu was born on 21st February 1989 and is the child of Martha and David Reivers. Debuting in the professional theatre, for a play, Tiny Tim is Dead, Corbin made his way in exposing himself when he was just aged six.

Talking about his educational qualifications, he holds a degree in Performing arts, and Corbin’s whole professional field revolves around music and series.

Casting on The Real Dirty Dancing 2022, the eminent actress and writer, Anjelah Johnson (@anjelahjohnson) was seen in the very first episode of the show.

With the hope of learning some sexy dance moves from the best choreographers, Reyes will definitely enjoy her time in the show. More than any other movies that she starred in, Anjelah is prominent for Our Family Wedding.

While her presence in The Real Dirty Dancing caught everyone’s eyes, people shouldn’t be confining their stare, as she is married to Manwell Reyes since 2011.

Coming from a small Greek community, Cat Cora (@catcora) is an extraordinary chef, and her mouth-watering dish never fails to develop more cravings. Although she is a chef presently, her early days were teeming with indecisive moments.

Earlier, she completed her Bachelor of Science degree in exercise physiology and biology, however, that wasn’t what her heart was looking for.

From a very young age, Cat was dedicated to making her career in owning a restaurant, thus, listening to her heart, and adding more to her passion, she later joined The Culinary Institute of America in Hyde Park, eventually leading her to run her own restaurant.

Being a chef, Cora isn’t habitual in dancing, so are you excited to see in her The Real Dirty Dancing 2022?

Getting assigned to developmental territory Florida Championship Wrestling (FCW), one of the cast members from The Real Dirty Dancing 2022, Brie Bella (@thebriebella) was born in Brianna Monique Garcia-Colace on 21st November 1983 in San Diego, California.

However, moving along with family, Brie was raised in Arizona. Being a wrestler, she is undoubtedly strong, and now that she has come to the dancing show, do you think Brie will be able to take the dancing tutorials?

Graduating from Cass Technical High School in 1989, and later, attending, A & M University in Houston, Texas, Loni Love (@comiclonilove) is an engineer and has worked for around 10 years for IBM and other companies.

Not only is her career confined to being an engineer, but Love is also a stand-up comedian, having myriads of supporters.

What do you think? Can Loni suddenly change her sense of humor into showcasing some dance moves in The Real Dirty Dancing 2022?

Not divulging much about himself, the most lowkey cast from The Real Dirty Dancing 2022, Tyler Cameron (@tylerjcameron3) has confined his information to just being an actor. He is mainly prominent for Good on Paper (2021). and Single Parents (2018).

Seems like, it will be easier for Tyler to learn the dance moves, as being an actor, he may have confronted several situations where he had to dance. Are you excited to have Tyler as one of the cast members in The Real Dirty Dancing 2022?

While he may be taking stern initiatives for the betterment of his future, more than getting prominence for his deeds, Dorough is famous for having eminent siblings.

At the age of 19, Howie (@howie_dorough) was struggling and facing every up and down in making his career into the acting industry, and in the meantime, he met two other people and formed a group of three, eventually decided to form a singing group, creating the Backstreet Boys in 1993.

Will Dorough, the singer, face any difficulties in The Real Dirty Dancing 2022?

One of the cast members from The Real Dirty Dancing 2022, Antonio Gates (@theantoniogates85) is professionally an actor, best known for starring in The League (2009), The NFL on CBS (1956), and NFL Monday Night Football (1970).

Gates is married to Sasha Dindayal since 2011, and their relationship is quite stable. Now that Antonio will be making his cast on The Real Dirty Dancing, are you exhilarated to see him on the show?