Raven and SK From Love Is Blind: Are They Still Together? The Couple’s Relationship on Instagram Explored! 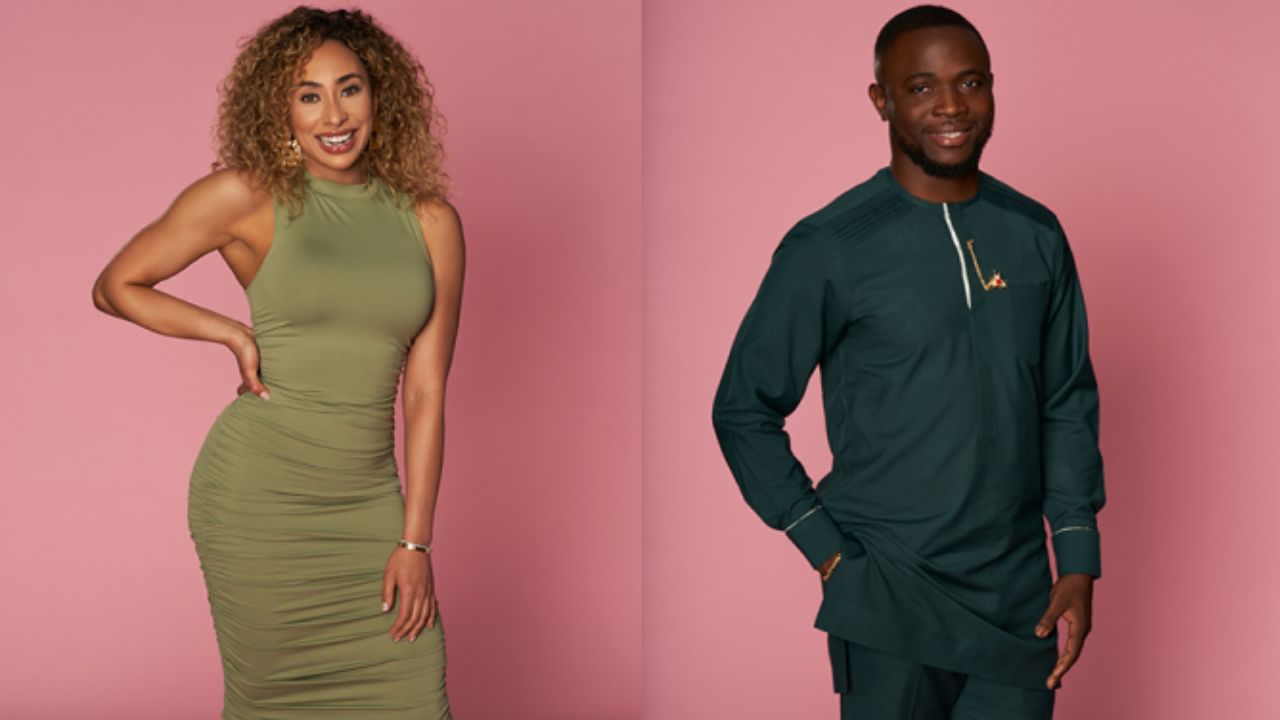 Raven and SK are one of the couples from Love Is Blind Season 3. Because of how frequently new episodes of Love Is Blind are released, we can’t be certain if Raven Ross and SK Alagbada are still together. Speaking of their social media and Instagram relationship, Raven doesn’t follow any cast members and SK follows just Andrew. However, cast members are probably particularly instructed to mislead users on Instagram.

In the Netflix original series Love Is Blind, which debuted in February 2020, 30 men and women are followed over a few weeks as they go on fast dates in Pods, where they can only see and hear one another. After the proposal, the couples have their first in-person encounter and go on vacation to a resort in Mexico where they get to know one another better and interact with the other couples.

Five couples become engaged in Episode 3 as a result of their interactions with one another while in the pods, but it’s unlikely that all of these relationships will endure. In the Dallas-based season 3 cast, Raven Ross and SK Alagbada were also present. If you’re interested in learning more about this duo, we’ve got the information you need.

Raven and SK Are One of the Couples From Love Is Blind; As of Now, We Can’t Be Certain if They Are Still Together as They Both Don’t Follow Each Other on Instagram!

If we’re being really honest, even though Raven (@pilatesbodyraven) and SK’s (@sk4ever2) first encounter went as well as it possibly could have, it was a little strange that during the first few days of their Malibu vacation, they didn’t display any affection. They both admitted that their attraction to one another and their emotional connection remained unchanged; rather, they were just not feeling very comfortable.

Raven and SK were both treading extremely lightly, which contributed to the issue because neither thought it was appropriate to move in the show, Love Is Blind. That is until Raven Ross prompted SK Alagbada to perform some spirited razzle-dazzle for her. In a handful of hours, SK and Raven were closer than ever, as seen by their actions during their initial contact with the rest of the group, so it appears that SK followed directions.

They weren’t arrogant. Even when they weren’t standing next to each other, they were openly laughing and cuddling, and Raven wasn’t paying attention to Bartise either. That is the power of honest dialogue between two people who care and are in love, regardless of the circumstances.

Raven, a dedicated Pilates instructor, first felt a connection with Robert Bartise Bowden, another fitness enthusiast, but despite their sincere opening up to one another, things didn’t work out. That’s because she was interested in SK even though she had initially dismissed him as a square, and Bartise found himself emotionally drawn to Nancy Rodriguez (@thenancyrodriguez).

But over time, simple yet profound chats, a feeling of comfort and understanding, and genuine intentions completely altered the then Raven’s perspective. Despite their genuine attempts to open up to one another, Raven, a committed Pilates instructor, and Robert Bowden, a fellow fitness devotee, were unable to make things work.

SK who was seven years older than her, however, gradually changed as a result of brief but significant conversations, a sense of comfort and understanding, and sincere intent. At this point, Raven appears to have decided to only concentrate on SK, which prompted further discussions about their shared needs and preferences for love as well as their aspirations for the future and lives.

Raven did admit that she was feeling deeply and that this was unfamiliar territory for her, but SK made it crystal obvious right away that he wasn’t even attracted to the basic, straightforward and that he wanted her to express her love in her special way. Therefore, it was only natural that when SK got down on one knee and asked what was likely the most significant question of all, her response was joyful and cheery. She said,

Sure, sir! Indeed, I will! I struggle to say yes.

The pair might experience serious issues as a result of their obvious cultural differences and SK’s impending relocation to California for his MBA at the moment, which is vital to highlight.

Because these are the specific aspects that these difficulties touch on aspects that neither Raven nor SK have openly discussed and because family, heritage, and distance all play a role in any relationship, As a result, even if it’s unknown where they are today, we do hope they’re at least still on good terms.

Since the season hasn’t ended yet, it’s impossible to predict whether or not any of the couples, including Raven and SK, will remain together. Even though we can’t confirm it, some cunning Venmo stalking suggests that Raven and SK are still dating. Cast members are probably particularly instructed to mislead users on Instagram, as seen by the fact that Raven doesn’t follow any cast members and SK follows just Andrew (whom Nancy passed up in favor of Bartise).