Rauw Alejandro en Sky Rojo: What Role Does He Play in the Series? 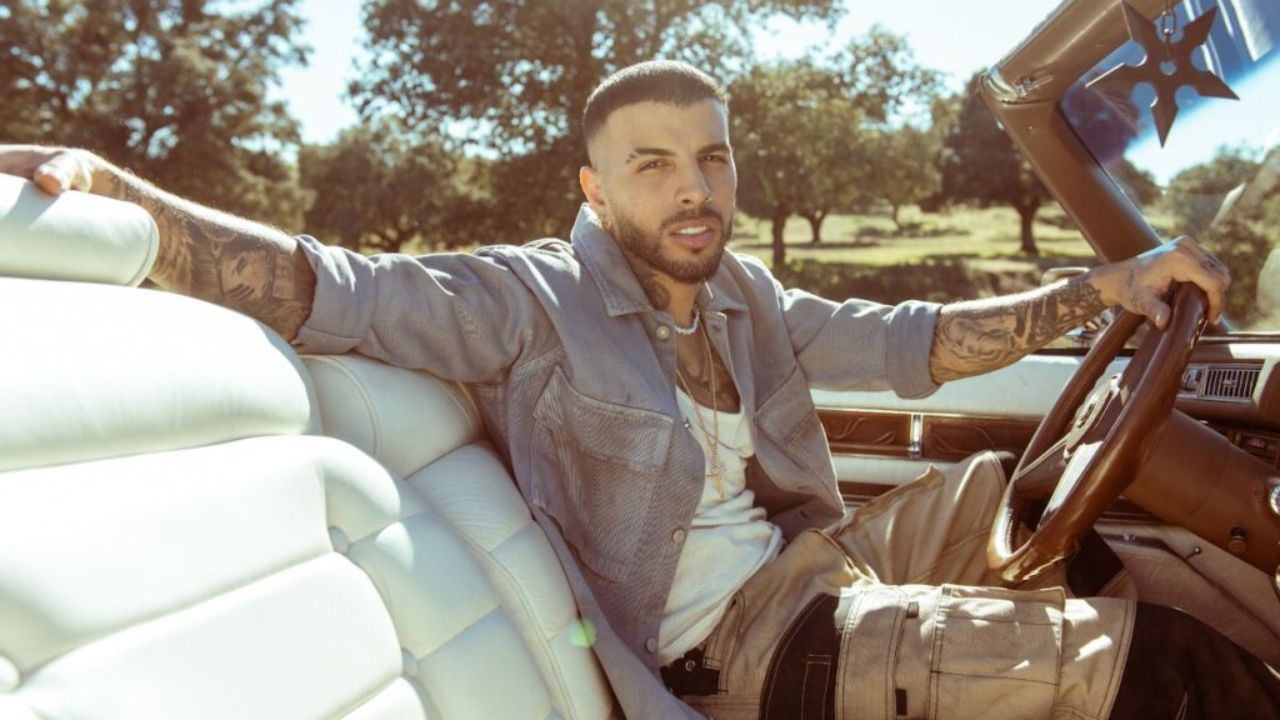 In Netflix’s Sky Rojo, Rauw Alejandro plays the role of a car parts collector in 7th episode of the show. He then picks up Wendy and her girlfriend as they escape Romeo’s men. However, no further information, including his name, has been revealed on the show.

Sky Rojo, created by Alex Pina of Money Heist fame, is a story about three female s*x workers who must flee the marauding presence of their pimp. Their altercation with the pimp Romeo, it turns out, has brought up the troubling situation. Their backstories are gradually revealed while they are on the run. Coral, who comes to this profession after a life as a housewife and botanist; Wendy, who leaves Argentina in the hopes of achieving something big in her life; and Gina, a human-trafficking victim attempting to heal from her trauma, make up the trio.

As the lead characters navigate the violent world of s*x trafficking, the series explores true grit and determination. Furthermore, Sky Rojo serves as a testament to the determination of women who fight against all odds to stand tall.

On the third and final season of Sky Rojo, singer Rauw Alejandro will make his Netflix acting debut. Antenna 3 was informed by actress Lali Espósito. However, it is unknown what role Rauw Alejandro will play, but he appears to be eager to demonstrate his acting abilities.

While filming the series’ final episodes, Rauw Alejandro and the production took to social media to share some photos from the set, including some with his co-stars. Fans of him weren’t shy about expressing their excitement about the Todo de ti singer’s new TV venture. Follow the article to know more about Rauw Alejandro’s role in Sky Rojo!

Rauw Alejandro appears in Chapter 7 of the third season of Sky Rojo, in a scene with Lali and Catalina Sopelana. The incident in issue lasts for around six minutes, and Rauw, a car parts collector, picks up Wendy and her girlfriend as they escape Romeo‘s (Asier Etxeanda) men on the highway.

The singer’s involvement doesn’t end there; it continues in another scene where the Argentine dares the singer of “2/Catorce” to “fight like David Carradine and Bruce Lee.” This scenario also takes place at the home of Lali. And yes, that’s the end of Rauw Alejandro in the series. Now. let’s get to know more about Rauw.

Ral Alejandro Ocasio Ruiz aka Rauw Alejandro (@rauwalejandro) is a Puerto Rican singer and songwriter better known as the King of Modern Reggaeton and is part of the new generation of Puerto Rican urban musicians. Afrodisaco, his debut studio album, was released in November 2020. Vice Versa, his second studio album, was released in June 2021 and featured the lead single Todo de Ti. From a total of twelve nominations, he has won two Latin Grammy Awards.

This is not Rauw Alejandro’s first time acting. He appeared in an episode of the TV show The Queen of Flow last year. Along with other reggaetón artists like Yandel, Tainy, and Nicki Nicole, he will also collaborate with Netflix on an upcoming reality show competition called Rhythm & Flow. Rauw Alejandro recently released the music video for his latest single, Caprichoso.

The Sky Rojo Cast was born in San Juan, Puerto Rico, on January 10, 1993, and raised in Canóvanas and Carolina. His father, guitarist Ral Ocasio, and mother, backing vocalist Mara Nelly Ruiz, introduced him to Elvis Presley, Michael Jackson, and Chris Brown, among others. Alejandro and his father spent many years on the mainland of the United States, primarily in Miami and New York City, where he was inspired by the R&B and dancehall genres.

He played soccer from the age of six to twenty but quit because he could not perform as he expected to and suffered an injury at the age of twenty. He relocated to Orlando, Florida in order to be scouted for the Premier Development League (PDL), but was ultimately unsuccessful.

He was left in a mild depression after leaving soccer, so he decided to pursue a musical career and began publishing songs on SoundCloud in 2014. He released his debut mixtape, Punto de Equilibrio, in November 2016. He signed a music contract with Duars Entertainment in January 2017. He was chosen in 2018.

Sony Music Latin chose Rauw Alejandro to be a part of Los Próximos, a musical project in which the label sought to enlist new musical talents, in 2018. The musical project helped him gain fame, and as a result, he was featured in multiple collaborations, including Kevin Roldán and Khea‘s Pa’ Tu Casa, and Ozuna, Lunay, and Lyanno‘s Luz Apaga that year.

He released his first single as a lead artist, Toda, with Alex Rose in December 2017. In November 2018, it peaked at the 29th position on the Billboard Hot Latin Songs chart. In May 2018, a remix of Toda featuring Cazzu, Lenny Tavárez, and Lyanno was released.

The song was a hit, with the music video receiving over 1 billion views on YouTube as of November 2020. He released his single Que le dé with Nicky Jam (@nickyjam) in January 2019. In December 2019, his song Fantasias with Farruko peaked at the number 12 spot on the US Latin chart, which is also the highest position his songs have reached on the chart, along with Tattoo. Both songs remained on the charts for 20 weeks, the longest run for one of Alejandro’s songs to date, and won the Latin Grammy Award for Best Urban Fusion/Performance in 2021.