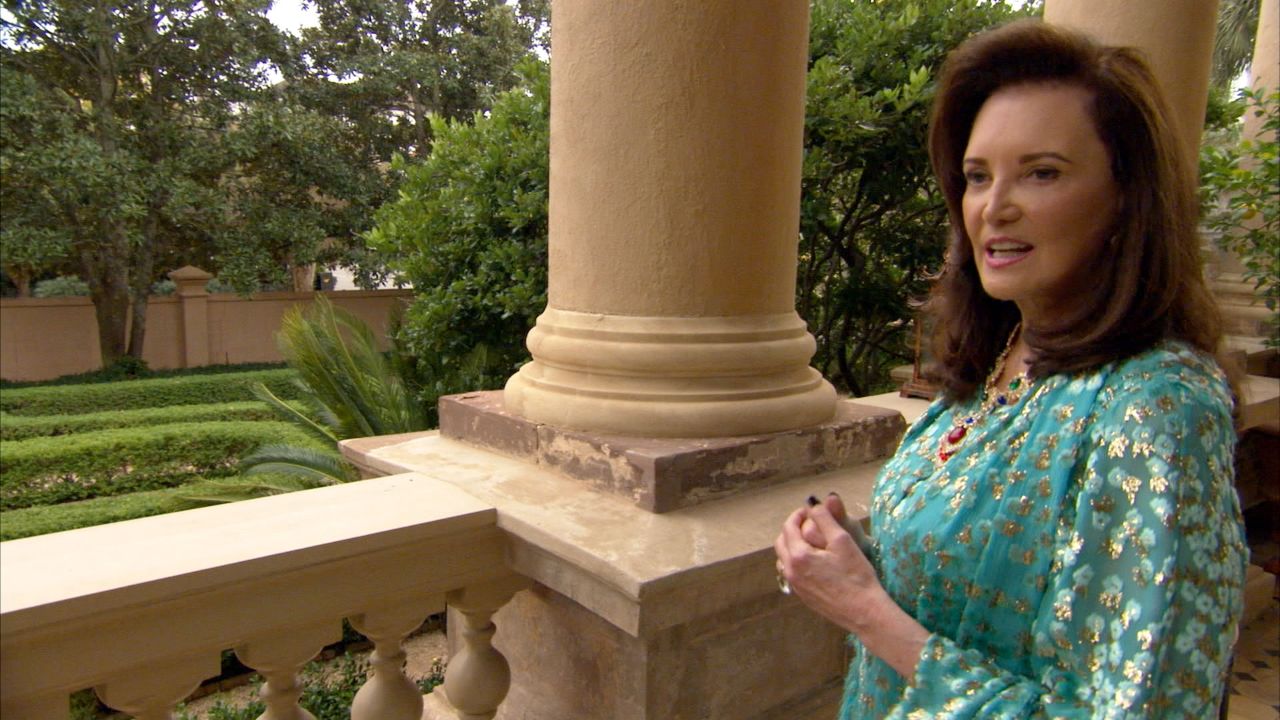 Patricia Altschul from Southern Charm has bought a house worth $4.8 million, located at 94 Rutledge Avenue, Charleston, which was constructed in 1853 by Isaac Jenkins Mikell. After looking at her house tour, many of Altschul’s favorite furnishings and trinkets from her prior Buattafied residences are present in the home. Go through the article to learn more about Patricia’s house and its address.

Bravo presents Southern Charm, a reality program about numerous contemporary Charleston aristocrats as they go about their daily lives, with elegance and splendor at the forefront. They are followed in this series as they navigate both professional and personal obstacles that are fraught with controversy and wealth. Each person must reveal their inner allure to survive because one mistake can destroy their family’s storied reputation.

Few things are as uniquely connected with the South as its distinctive brand of hospitality, sometimes known as Southern Charm. Due to the practice’s emphasis on social graces, even the most severe criticism is delivered in honeyed tones.

Even though a lot of people find this seductive notion of etiquette fascinating, there is a program that slightly disproves it. Following the dramatic conclusion of the eighth season of Southern Charm, viewers are interested in Patricia Altschul’s house. Let’s investigate more!

Previously, we touched on Kathryn Dennis, Jennifer Snowden, and Marcie Hobbs & her net worth.

Since its debut on Bravo in 2014, the series Southern Charm has been a much-acclaimed mainstay. The purpose of the show is to immerse viewers in the opulent lifestyles and inevitable drama of the wealthy families that have resided in Charleston, South Carolina, for decades.

Patricia Altschul (@pataltschul) is the madcap grande dame of Southern charm, according to Architectural Digest, and exactly the kind of person we should all be so fortunate to become. She spends the day drinking expensive alcohol, hanging out with her awesome dogs, and making witty remarks about the bad behavior of her castmates in her immaculately decorated house.

Altschul obtained a master’s degree in art history and archaeology from George Washington University in Washington, D.C., where she continued to teach art appreciation classes while also managing Arcadia, a posh art gallery. She has been married three times (so far): to banker L. Hayes Smith, to Edward Stitt Fleming, the founder of the Psychiatric Institutes of America; and to Arthur G. Altschul, a partner at Goldman Sachs and a significant art collector who served on the boards of numerous prominent museums on the East Coast.

In 2008, Patricia relocated to Charleston, a few years after the passing of her first husband, Arthur. She made a small investment in the Isaac Jenkins Mikell House, an 1850s house, and oversaw its repair, earning her special recognition from the Preservation Society of Charleston.

She purchased her historic property, worth $4.8 million when she relocated to Charleston. However, we can’t ignore Patricia’s commercial acumen. She wrote her book, The Art of Southern Charm, a few years before launching her home decor collection in October 2020.

Patricia hired architect Mario Buatta to redesign the interior of her house. For three prior significant projects, the Virginia-born Altschul solicited her help, including Southerly, a 30-room home on Long Island, New York, where she lived with her late husband, noted investor Arthur. She sold Southerly six years ago and bought a smaller but no less magnificent Greek Revival estate in Charleston’s historic area, where she once again enlisted Buatta’s help.

This residence is the perfect example of a planter’s townhouse; it was constructed by Isaac Jenkins Mikell for his third of four wives. There was no finer cotton in the world before the Civil War, according to local author Richard Porcher, who was a wealthy sea island cotton planter on Edisto before the Civil War.

The 9,500-square-foot ten-bedroom monument was built in the early 1850s for an exceedingly successful cotton planter and is unfathomably grand even by the elevated standards of this courtly metropolis, whose address and location is 94 Rutledge Avenue, Charlestown.

After looking at her house tour, many of Altschul’s favorite furnishings and trinkets from her prior Buattafied residences are present in the home. The stunning gilded chinoiserie mirror in the library, which previously hung at Keir House in Scotland, is particularly exquisite.