One Night Only From ‘The Crown’ Season 5: Lyrics of Song, Originally Sung by Singer Carol Kenyon; Full Soundtrack Listed! 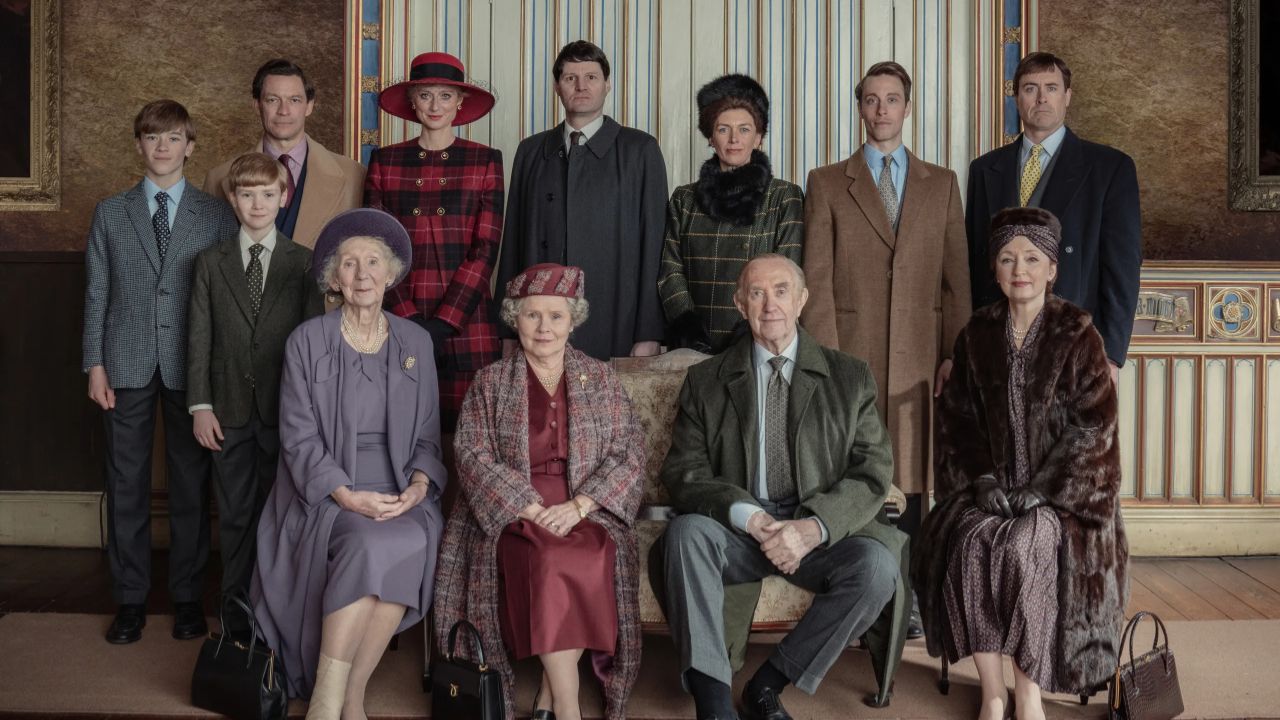 Season 5 of The Crown on Netflix has a captivating soundtrack and One Night Only, featured in Episode 8, has managed to grab the attention of many viewers. They have been wanting to know about the song. Well, it is originally sung by singer Carol Kenyon. Follow to know more facts about the song and its lyrics.

The Crown has never been a simple drama show. The long-running Netflix series alternates between two roles, just like its titular character Queen Elizabeth II. The first is to present a lavishly constructed history lesson of significant events in British history; the second is to provide an inside look at the relationships between the royals. The show’s creator, Peter Morgan, has skillfully merged fact and fiction, truth and gossip, for four seasons, suggesting that the family’s private lives are intimately tied to the nation’s identity—for better or worse.

And now, barely a few months after the Queen’s passing, The Crown has released its newest episode. The new season, which debuted this week on streaming services, shows the 1990s tabloid turmoil, including the dissolution of Charles and Diana‘s marriage and various connected scandals including “Tampongate” and Diana’s BBC interview with the now-disgraced journalist Martin Bashir.

Apart from what happened in the show, viewers have been really interested in the soundtrack of this season. One Night Only, among many songs, has managed to please the audience’s ears. As a result, people seek information about it. Well, we’ve got you covered.

One Night Only From ‘The Crown’ Season 5: Originally Sung by Carol Kenyon, Know About the Song and Its Lyrics Here; Full Soundtrack Listed!

According to NME, the rendition of One Night Only in episode 8 of The Crown season 5 is actually sung by Carol Kenyon (played by Danielle Fiamanya). It is significant to note that the original song is from the Dreamgirls Broadway production from 1981. While Henry Krieger wrote the music, Tom Eyen was responsible for the lyrics.

The song is played back-to-back twice in the musical, first by Effie White as a ballad and then by Deena Jones And The Dreams as a dance number, as the interpretations compete for radio play and chart success. Since the original became popular and influential, a variety of versions of the song have been developed.

Apart from One Night Only, there are a number of other songs that feature throughout the season. Here’s the list of every song featured in the show:

Blue Skies Are Around The Corner – Jack Hylton

One Night Only (from Dreamgirls) – Carol Kenyon, played by Danielle Fiamanya

Will There Be Season 6 of ‘The Crown?

It’s a done deal! Netflix has officially announced that the sixth and final season of The Crown will indeed be the show’s last. The creator of The Crown, Peter Morgan, has strongly declared that season 6 marks the conclusion of one of the best Netflix shows, despite the fact that viewers may wish to see a fictitious version of more current events (such as the real-life queen’s passing).

When the show originally started, that was the initial intention, but for a while there, things changed, and The Crown was supposed to finish with season five instead. Fortunately, that’s no longer the case thanks to Peter Morgan, the show’s creator, who changed his mind in July 2020.

The Crown season 6’s release date hasn’t been announced by Netflix, but we can make assumptions based on the show’s past. The show’s fourth and fifth seasons debuted in November (season 2 dropped in the month of December). Therefore, The Crown season 6 will probably follow suit and premiere in November. The question is: November of which year?

While Seasons 4 and 5 were released two years apart, subsequent seasons have all been released within a single year of one another. Therefore, 2023 is a distinct possibility. In addition, filming started in August (though production went on a brief hiatus to honor the late queen). According to our speculation, we believe The Crown season 6 might premiere in November 2023.