Meet Chef Jordan Andino’s Wife, Erin Nieto: Details About the Wedding of the Cook at All Costs Host! 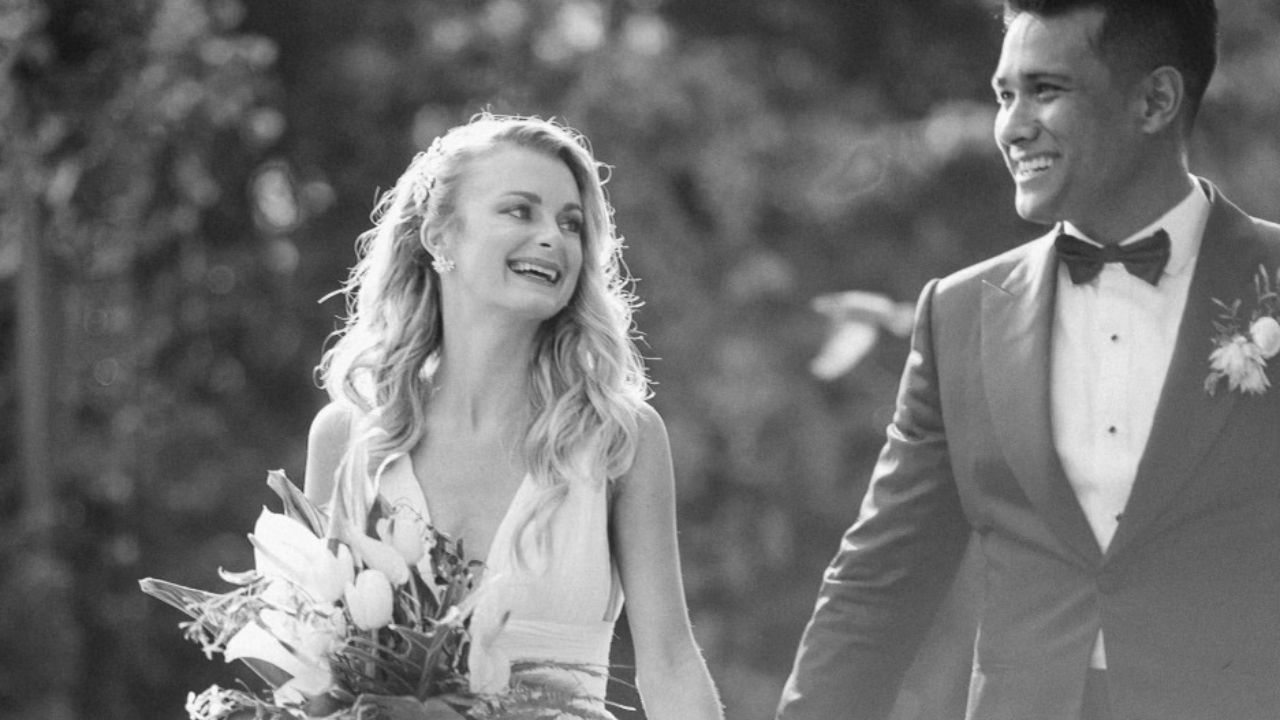 Chef Jordan Andino, the host of Netflix’s Cook at All Costs, is married to his wife, Erin Nieto. The couple hosted their wedding on July 16, 2021, in a private ceremony in Brooklyn, New York. While the couple is very concerned about their privacy, we do know that they don’t have a child yet.

Cook At All Costs, a Netflix culinary reality series, puts a group of home cooks against one another in a competition to see who has the most technique and talent. In each episode, three different home cooks each receive $25,000 to use as a bid on one of three boxes. The save box is the least expensive and comprises standard kitchen supplies, while the spending box is the most expensive and contains luxury items.

Finally, the surprise box is in the middle and contains some challenging ingredients to cook with. Cooks prepare a meal after receiving their boxes, which are then rated on their taste, presentation, skill, and technique. The best one eventually returns home with the leftover money in their bank.

Similarly, the host of the show is Chef Jordan Andino. Jordan is no stranger to the kitchen. According to his website, he started cooking with his father when he was nine years old. Many viewers of the show have been impressed with him with his charming and captivating personality. As a result, they have been wanting to know more about the host of the show, including who his wife is. Well, let’s get started.

Previously, we touched on his sexuality.

Chef Jordan Andino’s Wife: The Cook at All Costs Host Has Been Married to Erin Nieto Since 2021!

Chef Jordan Andino (@fork_knife) is currently married to his wife, Erin Nieto. They’ve been in a long-term relationship, and their love finally gave way to marriage. Throughout the event, Erin flaunted her stunning white wedding dress on social media. On July 16, 2021, the couple exchanged vows in front of their closest friends and family in a private ceremony in Brooklyn, New York per Zola.

Despite living a public life, the Cook at All Costs host seeks comfort when the cheering becomes too intense to bear by curling up in his lover’s arms. Early in his career, he came to the conclusion that his friends and family had not agreed to have their lives made public, and he abided by their desires. As he never mentioned his future wife before their wedding, he intended for her to enjoy the same pleasure. Three months passed before he eventually came up with a name and uploaded a photo from their recent summer wedding.

It was more than just a fleeting moment of validation for him since he wanted to think about the idea of having a wife and enjoy all the subtleties and special moments of the exciting day. The black-and-white picture shows them dressed in traditional clothing with their partners grinning maniacally. One of Erin’s hands was in the groom’s grasp, and she was holding a lovely bouquet in the other.

Jordan Andino, meanwhile, looked dashing in a black tux created by none other than Prabal Gurung. He returned the favor by praising him for his New York Fashion Week 2022 collection.

Jordan’s wife, Erin, is constantly there to encourage him and is very supportive. He wrote a lengthy Instagram post about his wife in which he explained her as “the person who keeps my life whole and my mind sane” in November. Although there are no symptoms of pregnancy, the couple is obsessed with a beautiful puppy named Gnocchi.

Erin is still a mystery in the online world. She has been serious about maintaining her privacy and has suppressed any information. To avoid the paparazzi, Erin avoids making public appearances with her husband. Additionally, information about her professional background and education details are yet to be revealed.

Despite having a reputation for being young and vivacious, Chef Jordan’s hidden weapon is none other than his wife Erin. She prefers to remain hidden from public view, capturing images of her attractive husband rather than interacting with his large following. The couple isn’t big on showing off their relationship, although Andino occasionally writes poetry in which he expresses his love for her.

Although he dislikes talking about his goals and plans, Jordan Andino wants to fit his wife into his hectic schedule and show that every great person has an unwavering supporter who is always there for them. He still cannot express his gratitude for his good fortune in having discovered his soulmate, but Erin’s unwavering affection helped him grow, learn, and live.