Is Jordan Andino Gay? The Cook at All Cost Host’s Sexuality Explored! 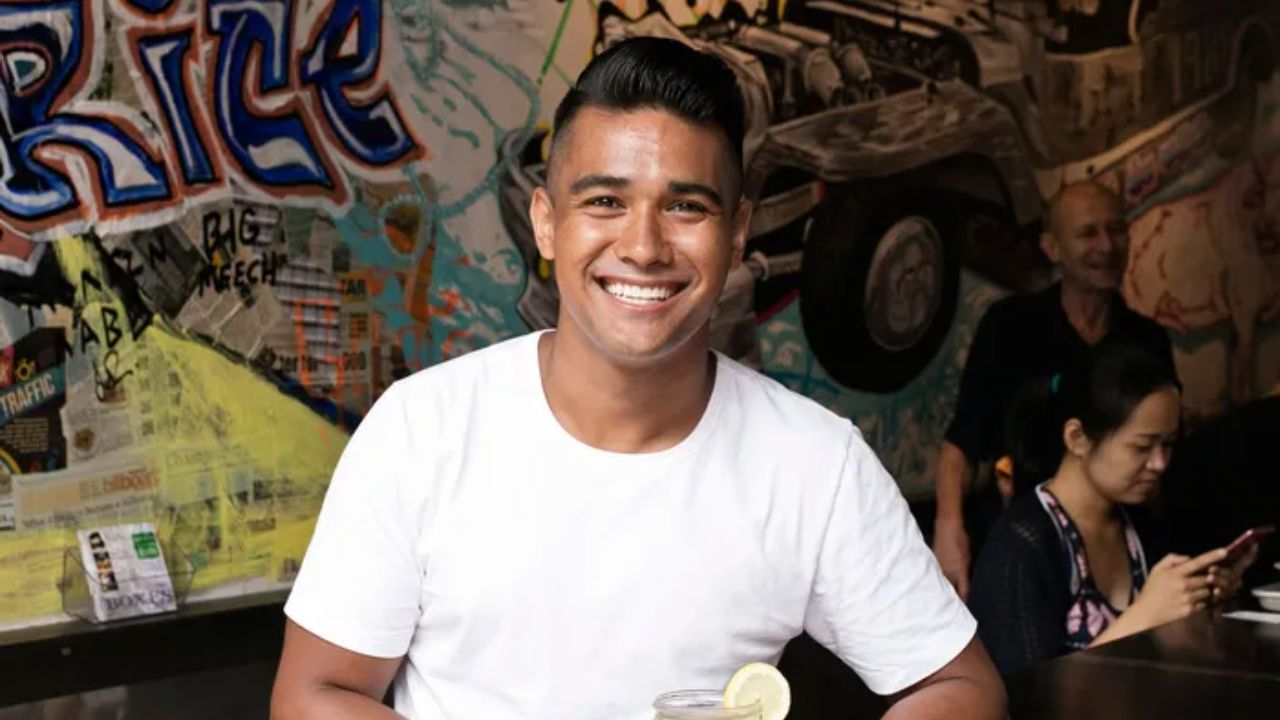 Talking about his sexuality, Jordan Andino is not gay. Yes, the host of Netflix’s Cook at All Costs is straight. In fact, he has been married to his wife, Erin Nieto, since 2021, who he started dating in 2014.

Cook at All Costs, Netflix‘s latest reality TV series, centers on three new home cooks each week, who compete against each other in two rounds. It’s fairly similar to Cut Throat Kitchen if you’ve seen that show, although without the latter’s duties. The show has several rather straightforward guidelines. For those two rounds, each cook receives a bankroll of $25,000 that they may use to purchase and bid on a mystery box and materials.

The competitor who made the meals that the guest judges liked the most is declared the winner and receives the money still in their bank. This culinary show explores the subject of whether or not expensive ingredients are the only way to create a tasty dinner, and whether or not meals produced from common items are just as excellent.

Eight episodes make up the series, and each one has three fresh home chefs competing for the attention of the celebrity guest judge. Jordan Andino, a well-known chef, restaurateur, and TV personality, hosts the program. With the release of the show, we’ve found that many people believe Jordan is gay, based on his personality. Well, how true is that? Let’s find it out.

Jordan Andino Is Not Gay: The Cook at All Cost Host Is Married to His Wife, Erin Nieto, Since 2021!

We’ve no idea why some people believe Jordan Andino (@fork_knife) is gay but we’d like to confirm that he isn’t gay. Yes, the host of Cook at All Costs is straight. In fact. he has been married to his wife, Erin Nieto. The couple exchanged vows on July 16, 2021. Andino and his wife keep their relationship private, as many other couples do. However, a rumor reveals that they started dating in 2014.

On February 25, 2016, Andino posted a birthday message to Erin on Instagram, which was their first post ever. After spending some time together, they considered getting married. So, in 2021, they got married in a private ceremony held at The River Cafe in Brooklyn, New York.

Andino looked dapper wearing a tuxedo that Prabal Gurung created. Likewise, Erin looked stunning in her white wedding gown. They have been married for nearly a year, and things are still well between them. Now that we’re all clear about his sexuality, let’s get to know about Jordan Andino in detail.

Jordan Andino was born and raised in the Canadian city of Toronto to Joanna Bacalso (mother) and Richard Andino (father). He has a mixed racial heritage that includes Filipino, Asian American, and Pacific Islander people.

Model Joanna, who is represented by the Ford Modeling Agency, is his mother. She is also a television actress who has performed in several programs, including The Jamie Foxx Show. Andino, however, is more than just his parents’ child because he also grew up with his siblings named Trent, Bronson Garel, and Camilo Neri Munoz.

Andino attended Cornell University’s Hotel Administration program as far as his educational history is concerned. And in 2010 he received his diploma from the school. Andino, as was previously said, is successful in both his personal and business lives.

Andino launched his own restaurant franchise called Flip Sigi in 2016. His restaurant serves food prepared using a combination of French techniques and traditional Filipino cooking methods. In 2017, he made guest appearances as a chef on the Food Network and the Cooking Channel. He also launched his own Late Nite Eats Food Network program. There were 26 episodes in two seasons of his show. Later, he was appointed as a judge for the competition shows Cooks vs. Cons, Chopped, and Worst Cook in America.

Jordan Andino now works at Fork Knife Hospitality as a personal chef. Additionally, his role as the host of the brand-new cookery program Cook at All Costs is garnering attention online. Fans are now keen to see how much money he makes. Being a well-known chef, Andino may have saved a sizeable fortune, but his exact net worth is still being determined.