Jordan Andino’s Ethnicity: Wikipedia, Parents & Nationality of the Cook at All Costs Host! 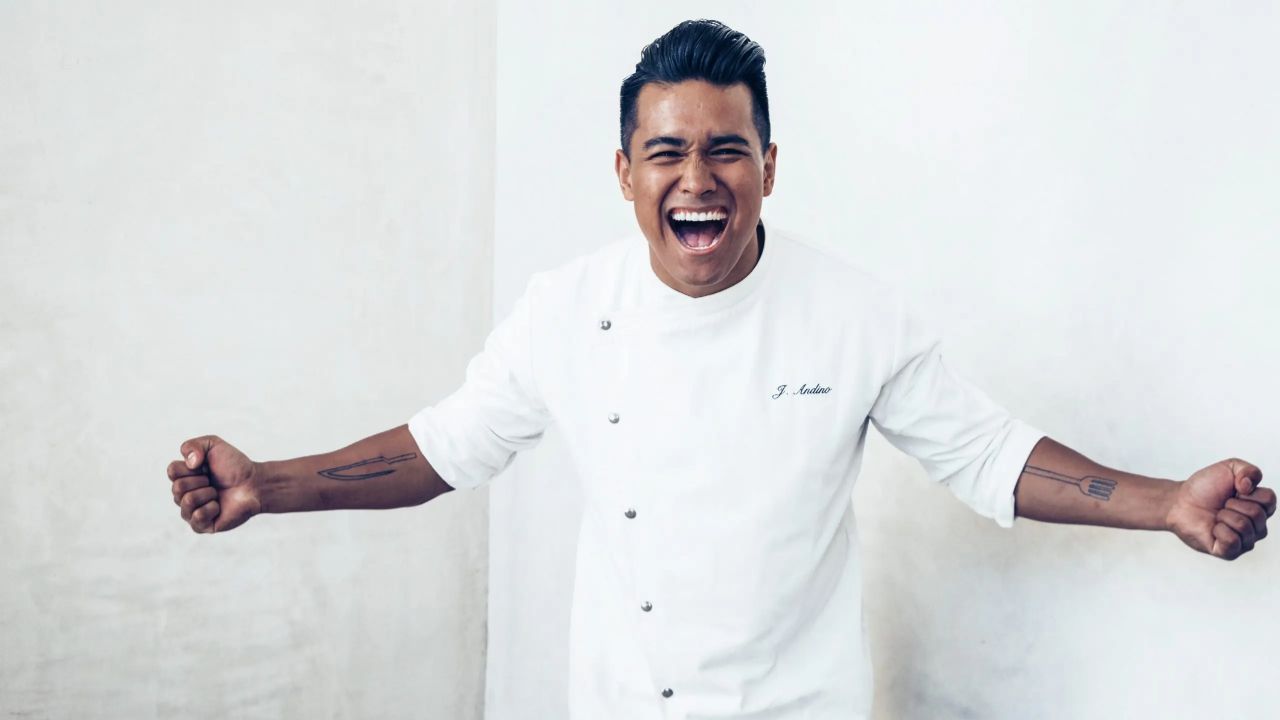 The host of Netflix’s Cook at All Costs, Jordan Andino, is of Filipino ethnicity even if he is Canadian by nationality. Actually, his parents moved to Canada when they were younger. Follow to know more about Jordan with his complete Wikipedia.

These days, there are several cooking contests that have a similar format. However, Netflix‘s Cook at All Costs offers something special because it is a reality cooking competition show that focuses on strategy in addition to cooking. Three home cooks engage in a competitive bidding war for ingredients in order to use the auctioned goods to create mouthwatering dishes, please the judges, and ultimately take home the leftover cash in their bank.

This food show addresses the issues of whether or not using expensive goods is the only method to prepare delectable food and whether or not dishes prepared with inexpensive components are as delicious. With the changing board of celebrity judges, the host of the show, Jordan Andino, also adds to its entertainment value.

Many viewers have been impressed with how Jordan hosted the show. Of course, people are eager to learn more about him. Well, we’ve got you covered. Here is everything we know about Jordan Andino, including his ethnicity.

Previously, we touched on his sexuality.

Jordan Andino’s Ethnicity: Canadian by Nationality, the Cook at All Costs Host Is a Filipino as His Parents Moved to Canada When They Were Younger!

Chef Jordan Andino (@fork_knife) was born in Toronto, Canada, to his parents Richard Andino and Joanna Bacalso. While his mother is an actress/model, his father works as a chef. The host of Cook at All Costs is of Caucasian Filipino ethnicity. In an interview, he acknowledged that his parents left the Philippines. His parents’ families immigrated to Canada when his mother was 14 years old and his father was 16 years old, respectively.

He first started learning cooking when he was just 9 years old. He quickly moved to Manhattan Beach in order to work in some of the most prestigious restaurants like Spago and The French Laundry.

Andino enrolled in Cornell University’s Hotel Administration program in 2006, and he received his degree in 2010. He frequently served as a personal chef at the time and made an appearance on the Kourtney and Khloe Take the Hamptons spinoff of Keeping Up with the Kardashians. Jordan worked as a manager, chef, and bartender at many restaurants after graduating, including Dino’s Bar and Grill, Cavanaugh’s River, and Disco Sushi Entertainment.

In 2016, Jordan launched his own chain of restaurants called Flip Sigi, which serves food prepared using a combination of French technology and traditional Filipino cuisine. The website for Andino claims:

Jordan’s cooking is an inspired combination of his grandmother and father. Blending those elements with Spanish and Mexican vessels, he’s created a unique signature profile for his Flip Sigi Restaurants.

Jordan Andino appeared as a guest chef on the Food Network and the Cooking Channel in 2017 for the first time. During his time on the show, he was given the chance to launch his own Food Network program, Late Nite Eats, which ran for two seasons and 26 episodes in all. He also served as a guest judge on Cooks vs. Cons, Chopped, and Worst Cooks in America at that period. He currently serves as a personal chef with Fork Knife Hospitality and has cooked for over 10,000 people, including celebrities and sportsmen on the professional level.

Cook at All Costs: Will the Netflix Show Blow Your Mind?

With amazing judges, attractive food, competitive home chefs, a prize money idea, a beautiful kitchen setup, and the presenter, of course, Cook at All Costs did really put on a respectable show. This show is worth binge-watching because it has various guests and focuses on a new cuisine type each week. So it didn’t feel boring.

However, did the show blow my mind? Actually, no. Although entertaining to see, nothing about the show astonished me in any way. So certainly, go ahead if you love seeing people compete for money.

I can’t cook; that much is true; but if a game show is going to pay me $25,000 to make a dish using random ingredients, I think I can win their favor. Ask me why; all the cooks, including myself, will only receive a package of ingredients that we won’t be able to inspect until we purchase them. Really fascinating, no? Here, only chance matters, therefore I anticipate success. Guess the majority of the candidates had this mentality, which is why they failed.