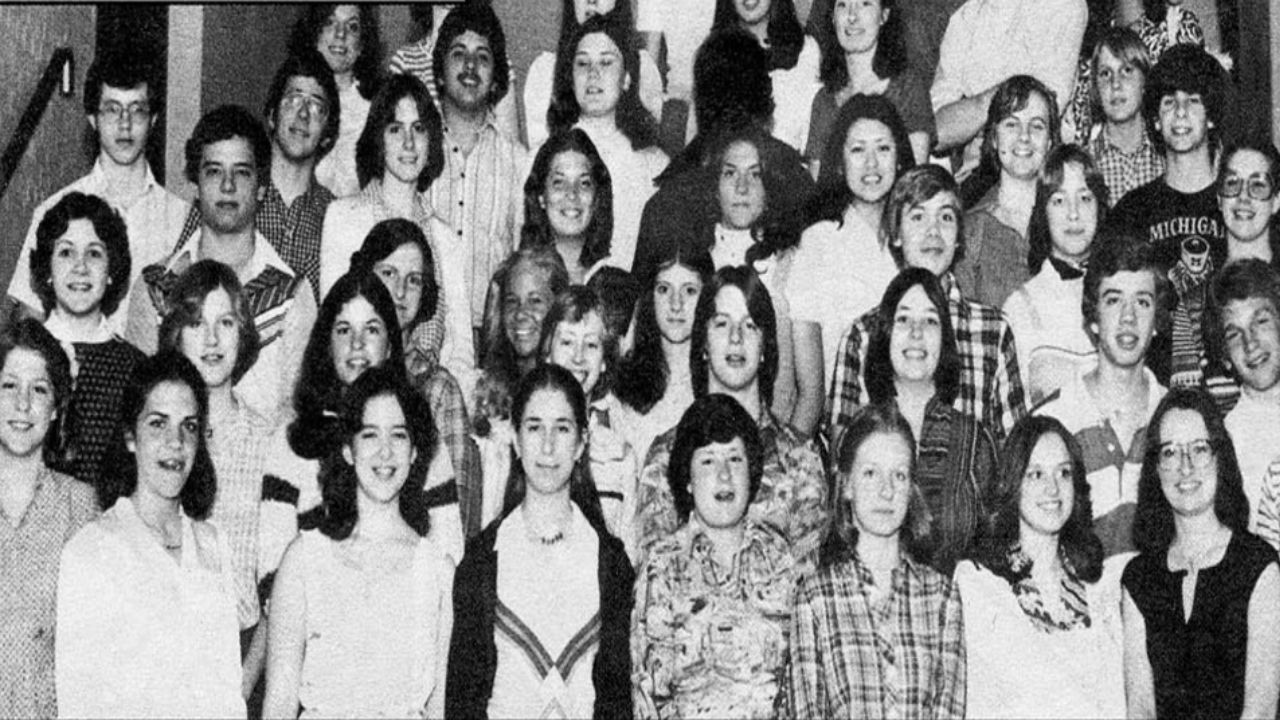 Jeffrey Dahmer’s younger self was shown in a senior yearbook photo from the National Honor Society. His high school friends’ drawings were the basis of the chilling graphic memoir. Two pictures, one with Jeffrey’s face initially blacked out and the other with him fully visible, are currently making their way around feeds. Mike Krukal explained the prank. There was never a seizure-causing condition identified in Jeffrey Dahmer. He reportedly used to pose as having seizures to get attention. Jeff Dahmer’s prom pic with a girl from that exact evening in 1978 has surfaced. His yearbook is on sale on Amazon.

The word Dahmer has come to symbolize the utmost evil in popular culture. As a result, it might be challenging to comprehend Jeffrey Dahmer, the man, his crimes, the story of how he was caught, and what ultimately happened to him, even if you are familiar with his name. Although Dahmer was a monster, he was a nuanced being.

The Netflix documentary Monster Dahmer: The Jeffrey Dahmer Story is currently getting a lot of attention. In addition to researching the crimes’ actual history, viewers have criticized the show for possibly humanizing the legendary serial killer. Jeffrey Dahmer also referred to as the Milwaukee Cannibal, killed 17 men and boys between 1978 and 1991. His horrible acts are the focus of Ryan Murphy’s most recent true crime drama, a ten-part series that examines everything from his upbringing and sexuality.

The much-anticipated Netflix release of Monster: The Jeffrey Dahmer Story has everyone enthralled. But Dahmer wasn’t the only serial killer going on a horrific killing spree in the 1970s. In some of the episodes, we heard about Jeffrey Dahmer’s yearbook, and now viewers want to learn more about it.

Jeffrey Dahmer’s Younger Self Was Shown in a Senior Yearbook Photo From the National Honor Society!

A National Honor Society yearbook photo of Jeffrey Dahmer as a youngster was given, along with the unusual backstory, by Mike Krukal, an old classmate of Dahmer’s.

One of the most fascinating serial killers of all time is without a doubt Jeffrey Dahmer. He probably wouldn’t have been discovered if he hadn’t made a major mistake one evening and let a potential victim get away. His level of depravity and his mode of operation is what makes him so fascinating. As per the show, authorities found several victims at his home that had been dismembered and, in some cases, devoured.

They discovered that he had been performing home lobotomies on victims to produce servile sex zombies. His depravity was so enormous that it may have been made up. But he was real, and he lived a real life in addition to slaughtering helpless people.

As per the series, Monster: The Jeffrey Dahmer Story, even though Dahmer’s illness started early in his life, most people around him were blind to it. They only noticed a strange, somewhat disturbed child. Renowned cartoonist Derf Backderf published his humorous memoir, about his time in high school and his friendship with a student who would later become a symbol of American horror.

The 10-episode story includes a scenario in which a teenage Jeffrey Dahmer stealthily enters the honor society yearbook photo at Revere High School. Two images one with Jeffrey’s face obscured and the other with him fully visible are currently making their way around feeds.

The yearbook crew initially blacked out and erased Jeffrey’s face. Additionally, a classmate of Jeffrey’s provided some background information. In a prior documentary titled Jeffrey Dahmer: Mind of a Monster, Mike Krukal stated that Dahmer’s participation in the picture was an odd joke.

They took pictures of every group in their senior year, including the clubs, sports teams, and other organizations. Additionally, Jeff Dahmer appeared in group shots of which he was not a part.

This particular photo, which depicts one of Dahmer’s practical jokes, is the most well-known in our yearbook.

He clarified the humor in Jeffrey’s yearbook photo prank during an interview for the film Mind of a Monster, and said,

Jeff Dahmer didn’t participate in the club academically during our senior year, but he is in this photo, and I believe the group president had him put into a state of unconsciousness.

Dahmer was so notorious for practical jokes like fabricating epileptic seizures and sneaking into the honor society yearbook picture that, as several classmates recalled it. Dahmer’s prom pic with a girl from that exact evening in 1978 has surfaced.

People began chatting more extensively about Jeffrey’s high school years and what they had heard about him after reading a Reddit discussion about his blacked-out face in the yearbook photo. His high school friends drawing were the basis of the chilling graphic memoir. The final panel in the book is a haunting portrait of the author.

There was never a seizure-causing condition identified in Jeffrey. He reportedly used to pose as having seizures to get attention, frequently doing so in public. On Thursday, actors brought the year 1977 to life in that location, which was the former Euclid Square Mall. His yearbook is on sale on Amazon.