Jeffrey Dahmer’s Last Survivor Victim Tracy Edwards: Here’s How the Final Victim Tracy Escaped and Got Away; Where is Edwards Now? 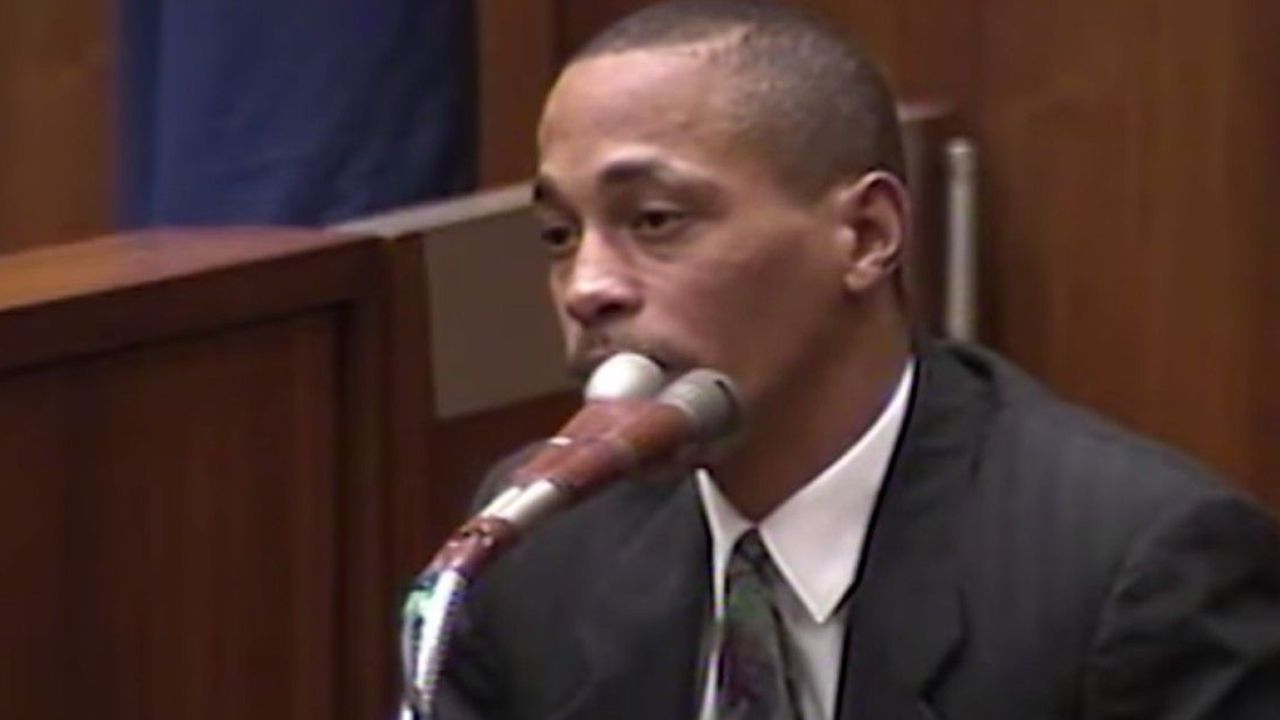 Tracy Edwards, the last victim and only survivor of Jeffrey Dahmer’s trap, got away after tricking him and reported to the police for his acts. Police then searched Jeffrey’s apartment and immediately arrested him after they found many dead bodies. As soon as he escaped and helped put Jeffrey in prison, Tracy was regarded as a hero in Milwaukee. As of now, it’s unknown where the final victim is, however, he previously spent two and a half years after getting involved in another homeless man’s death.

Netflix’s Dahmer — Monster: The Jeffrey Dahmer Story has been kept from critics, presumably so that co-creator Ryan Murphy may preserve the viewing experience for audiences without access to Wikipedia, recent television, or semi-recent history.

The new Netflix series Dahmer – Monster: The Jeffrey Dahmer Story is based on Akron, Ohio’s most infamous son, Jeffrey Dahmer.  The infamous serial murderer, who grew up in Ohio’s Bath Township, is the primary character in Netflix’s Dahmer,” a 10-episode series that explores the killings and dismemberments of 17 men and boys committed by Dahmer, also known as the Milwaukee Cannibal or the Milwaukee Monster, between 1978 and 1991.

The first episode of the series reveals to viewers what happened on the night he was eventually discovered and arrested, as seen through Tracy Edwards‘ eyes. Tracy is a real-life man who escaped Jeffrey Dahmer and led authorities to his apartment. Dahmer was arrested in 1991 as a result of his activities. But what happened to Tracy Edwards after Dahmer was convicted? Meanwhile, many people are being eager to know more about Tracy Edwards and wonder if he is still alive.

Meet Jeffrey Dahmer’s Last Victim, Tracy Edwards, Was Able to Escape as He Got Away From Jeffrey’s Trap: Know More About the Only Survivor; Where Is He Now?

The first episode of DAHMER – Monster: The Jeffrey Dahmer Story dramatizes the true circumstances that led to Dahmer’s arrest in 1991, after his 18th/last victim, Tracy Edwards, got away from him and went straight to the police. Tracy is well-known as the survivor of a serial killer, Jeffrey Dahmer, who murdered at least 17 men and boys in Wisconsin and Ohio.

Dahmer’s rampage, which killed 17 men and boys between 1978 and 1991, came to a stop in July 1991, when potential victim Tracy Edwards escaped the killer’s clutches. Dahmer invited Edwards, back to his flat on July 22, 1991, under the premise of taking photographs. Dahmer had stated that he was a professional photographer.

Tracy was handcuffed and threatened with a knife by Dahmer. Tracy eventually agrees to play along in order to keep Dahmer calm and plan his escape in his imagination. They enter Tracy’s bedroom, where Dahmer puts on a DVD and lies down on his chest, claiming he wants to eat his heart.

Tracy hits Dahmer and was able to escape the apartment. He flees into an alleyway, where he is apprehended by cops. Tracy then led the cops back to Dahmer’s apartment, where they discovered the full scope of Dahmer’s murders. Later, Tracy Edwards was considered a hero for facing Dahmer and putting an end to Dahmer’s horrible run of homicides, which primarily targeted men and young boys of ethnicity.

Tracy found himself in major legal difficulties following Dahmer’s arrest in 1991 and conviction in 1992. He was charged with theft, drug possession, property damage, and failure to pay child support, according to ABC News. Similarly, he also was charged with homicide in 2011, nearly twenty years after Dahmer was caught. He was one of two individuals detained on suspicion of killing a man by throwing him from a bridge.

Tracy was sentenced to a year and a half in jail and two years of supervised release for his role in Jonny Jordan‘s death. Tracy has been homeless and moving from shelter to shelter since 2002, therefore it is uncertain what the real Tracy Edwards is doing now.

Serial killer Jeffrey Dahmer has received a great deal of media attention as a result of the awful nature and impact of his activities. Monster: The Jeffrey Dahmer Story, a Netflix true crime drama, premiering on September 21, 2022, reveals how the serial killer escaped prison capture for so long. Likely, Edwards’ role in the arrest of Dahmer has also been highlighted.

Christopher Scarver, the Man Who Murdered Jeffrey Dahmer, Might Publish a Memoir About Killing Dahmer!

Christopher Scarver was last in the news in 2015 when he told the New York Post about killing Jeffrey Dahmer. According to Scarver, they were both transferred to Columbia Correctional Institution, where he would humiliate other convicts by fashioning severed limbs out of prison food. Scarver told the Post,

He crossed the line with some people – convicts, jail employees. Some individuals are regretful in prison, but he was not one of them.

Scarver is still serving multiple life terms in jail, but he is now self-publishing poems. According to an Amazon bio, he appears to have denied several points in the Post report and has been using his leisure time writing songs, music compositions, short tales, poems, and jail policy recommendations, as well as making original art.

Scarver also hopes to pursue mechanical and electrical engineering degrees through his American Prisoner Repatriation Act (APRA) program, according to the Amazon description. In fact, as of 2012, he was circulating a memoir about killing Dahmer. According to TMZ, the book would expose Dahmer’s sick, vicious mind tricks and practical pranks on everyone in the prison.