Jeffrey Dahmer’s Grandmother Catherine Dahmer: Lived With His Grandma for Almost a Decade and Committed Multiple Murders in Her Basement; Did Jeff Dahmer Kill His Grandmother? Her Cause of Death & House Address! 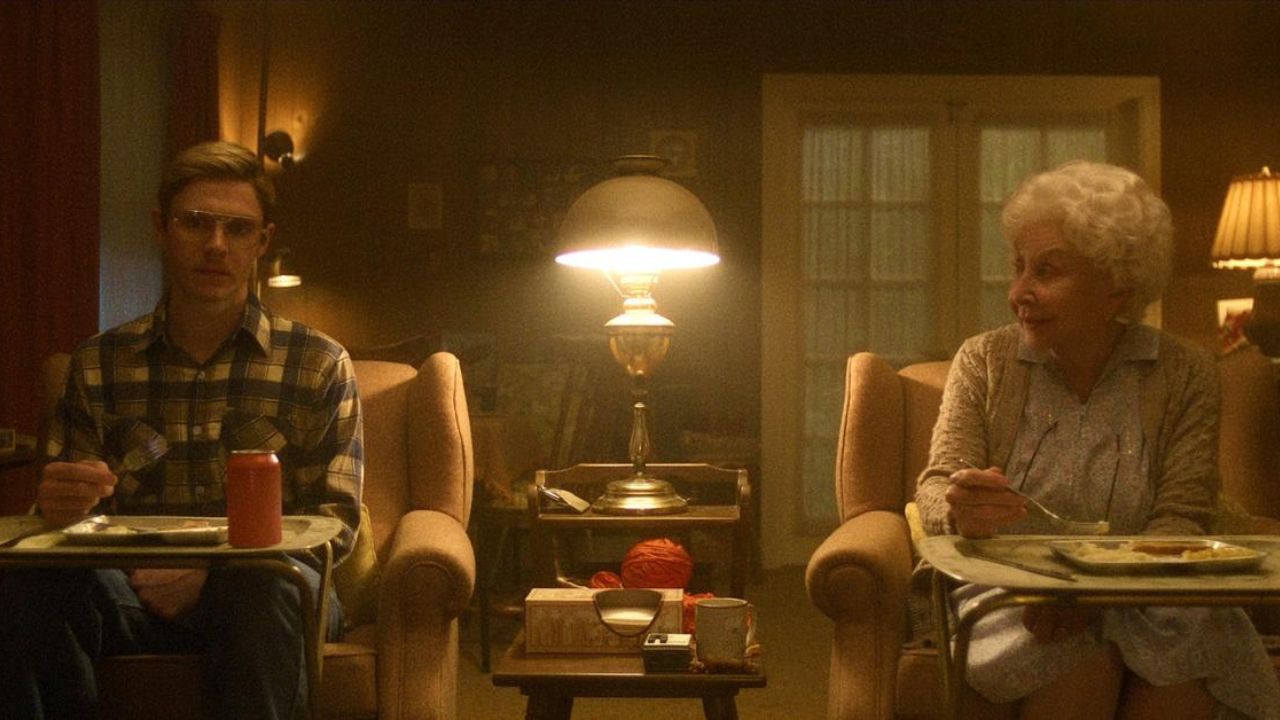 Jeffrey Dahmer used to live with his grandmother, Catherine Dahmer, at 2357 S. 57th Street, Milwaukee, Wisconsin, after his parents got divorced. He also performed many murders in her grandma’s basement, but, she was never aware of his acts. She died in 1992. Her cause of death is yet to be revealed, however, we do know that Jeffrey didn’t kill her.

The new Netflix series Dahmer – Monster: The Jeffrey Dahmer Story is based on Akron, Ohio’s most infamous serial killer, Jeffrey Dahmer. The infamous serial murderer, who grew up in Ohio’s Bath Township, is the primary character in Netflix’s Dahmer, a 10-episode series that explores the killings and dismemberments of 17 men and boys committed by Dahmer, also known as the Milwaukee Cannibal or the Milwaukee Monster, between 1978 and 1991.

Similarly, while living with his grandmother, Jeffrey Dahmer murdered four men in horrific ways that included eating and necrophilia. He murdered three people and wounded the other in his grandmother’s house. Meanwhile, there are many unanswered mysteries concerning Jeffrey Dahmer, his horrific actions, and his victims.

Also, viewers have been fascinated by his relationship with his grandma. Similarly,  many people have been interested in his grandmother’s death and have wondered if he also murdered his grandma. Let’s find it out.

Jeffrey Dahmer Lived With His Grandmother/Grandma, Catherine Dahmer, for Almost 9 Years and Committed Multiple Murders in Her Basement: Did He Kill Her as Well? Her Cause of Death & House Address!

According to Britannica, Jeffrey Dahmer, born on May 21, 1960, in Milwaukee, Wisconsin, used to murder young boys and men, mostly from racial minority groups who identified as homosexual. Likewise, he killed four men in terrible ways that included cannibalism and necrophilia while living with his grandmother, Catherine Dahmer, who had a house at 2357 S. 57th Street, Milwaukee, Wisconsin.

However, Dahmer did not murder his grandmother, and it is believed that Catherine was the only family member he really cared about. According to Ancient Faces, Catherine Dahmer died on December 25, 1992, at the age of 88. Meanwhile, the cause of death is still unknown.

Dahmer committed much of his murder campaign at grandma‘s house. And she was unaware of the horrific crimes taking place in her basement. After roughly nine years of living together, she eventually kicked him out in 1990.

After being discharged from the military in 1981, Jeffrey Dahmer went to Ohio to live with his father and stepmother. According to his Biography, he continued to drink heavily during this time and was arrested for drunk and disorderly conduct. Soon after his arrest, Dahmer’s family sent him to live with his grandmother in Wisconsin in the hopes that she would be a beneficial influence. Meanwhile living with Grandma, he used to go to church with his her and assisted with housework.

Similarly, Dahmer was arrested again in 1982 for public indecency at a Wisconsin State Fair and in 1986, he was charged with disorderly conduct after m*sturbating in front of two boys. Likewise,  in 1988, his grandma told him to leave, and he formally moved out in 1990 after living with his grandma for around nine years.

Dahmer returned to his homicidal methods in 1987, after killing his first victim at his parent’s house in Ohio in 1978. However, he returned months later and resumed his crimes in Grandma’s basement. Despite killing his second victim, Steven Tuomi, in a hotel room, he later returned the body to his grandmother’s house and disassembled it there. He eventually kidnaped and murdered victims in his grandmother’s basement. Meanwhile, she was unaware of the murders taking on in her own home.

Jeffrey Dahmer was arrested after one of his victims managed to get away and told authorities that he believed he was about to be gravely injured. His trial began on January 30, 1992, and concluded on February 14, 1992. Dahmer was found to be normal and not suffering from a mental condition at the time of each of the murders the next day. He was found guilty of 16 of the killings and sentenced to life in prison.

On November 28, 1994, Jeffrey Dahmer was beaten to death by a fellow inmate, Christopher Scarver. Both guys were imprisoned at Wisconsin’s Columbia Correctional Facility. Wisconsin was the first state to eliminate the capital sentence in 1853, hence Dahmer avoided the death penalty despite his horrible acts though he wished for his death. Scarver arrived in the jail about the same time as Dahmer in 1992, serving a 25-year term for an armed robbery-turned-murder.

The safety of the serial killer was a big concern for jail officials. According to the New York Times at the time, Dahmer had spent his first year in prison in guarded isolation. Authorities assumed that executing one of the state’s most known murders would win a convict an honored place in the prison world.

Later, authorities determined that he could be safely absorbed into the population of 622 convicts. An attempt on Dahmer’s life was undertaken in July 1992. An inmate attempted but failed, to cut Dahmer’s throat with a makeshift plastic knife. No one was injured, and jail officials felt it was an isolated incident. Later, he was found dead in the cell.