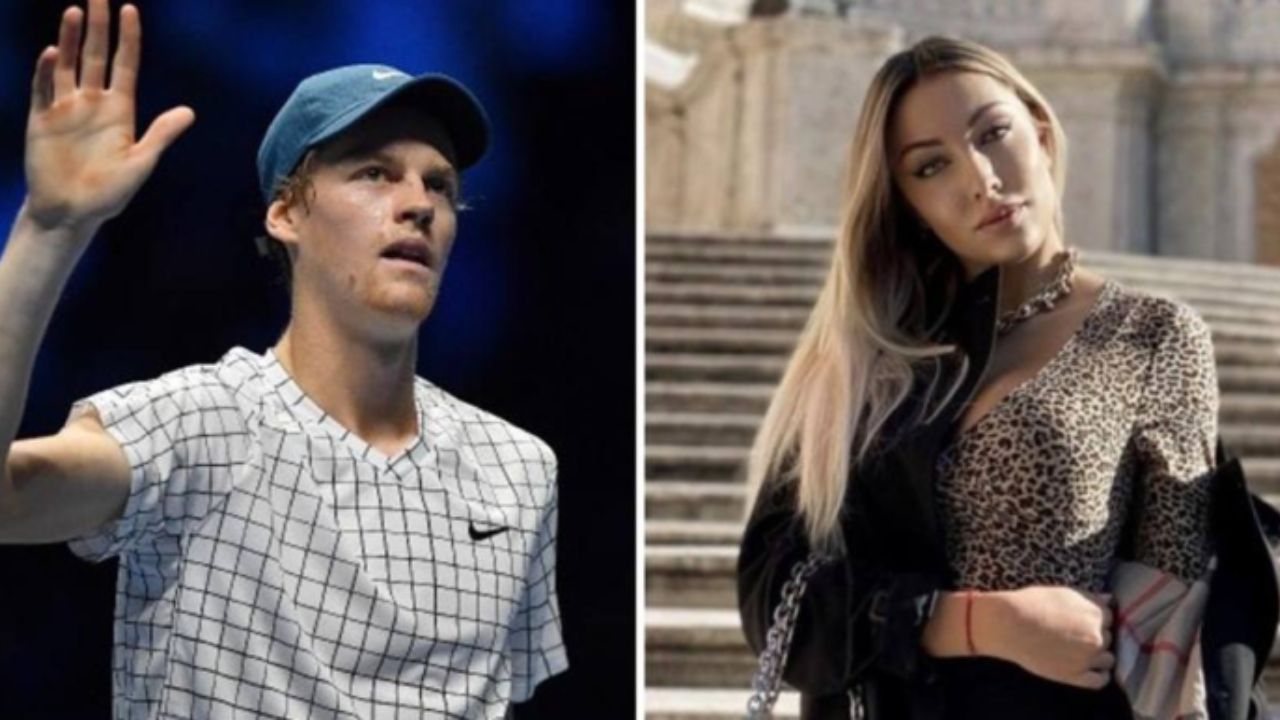 Jannik Sinner is dating his girlfriend, Maria Braccini, as of 2022. Maria is a beautiful model who has more than 100k followers on Instagram. However, there are reports that the two might have parted ways. As they prefer to avoid the media spotlight, the couple has never appeared in front of the roving camera lines in public, which might be the reason for their breakup. The tennis player is said to be single and not have a girlfriend, but unless they confirm or deny the claims, it can’t be for sure.

He was raised in the South Tyrol region of northern Italy and played tennis, football, and skiing when he was younger. After winning a national skiing championship at the age of eight, Sinner switched his focus to tennis at the age of thirteen and moved to the Italian Riviera to study with seasoned coach Riccardo Piatti.

By winning the 2020 Sofia Open, Jannik became the youngest ATP title-holder and the youngest player to have five titles since Novak Djokovic in 2007. He has won six ATP singles titles and one ATP doubles trophy. He made history by becoming the first ATP 500 winner under the age of 18 by winning the 2021 Citi Open.

He was one of Italy’s top young skiers from the ages of eight to twelve, winning the national giant slalom championship at eight and finishing second at twelve. When he started playing again, Heribert Mayr served as his first permanent coach. Football and skiing remained his top two priorities, with tennis coming in third. Sinner decided to switch from football and skiing to tennis at the age of thirteen.

He advanced to the quarterfinals of the Grade A competition in Italy in 2018 after losing in the first round in 2017. Only in 2018 did he take part in that junior competition. He wasn’t a competitor in any junior Grand Slam events. Since Sinner participated in so few top-tier contests, his greatest junior ranking was a very low 133.

After Carlos Alcaraz and Jannik Sinner, two of the best young male tennis players, played five faultless sets over five hours and fifteen minutes, with Alcaraz winning the last point at 2:50 a.m. on Thursday, the longest finish in US Open history, Sinner has been in the news. Fans have been curious about Jannik’s girlfriend since he has been in the news. Here is all the information you require!

Previously, we touched on the relationship status of Michael Strahan and Seth MacFarlane.

Jannik Sinner Is Dating His Girlfriend Maria Braccini as of 2022; It’s Been Reported That Jannik and Maria Split Up; We Won’t Know for Sure Until They Either Confirm or Refute the Rumors, Though!

Jannik Sinner (@janniksin) is dating his girlfriend Maria Braccini (@mariabraccini) as of 2022. Maria is a stunning model and Instagram influencer with more than 100k followers. Maria and Jannik get along great; they frequently appear together at bars. The couple has never publicly been in front of the roving camera lines because they enjoy staying out of the media spotlight.

They were allegedly dating, beginning in 2020. Maria has made a name for herself in the modeling and fashion worlds, and she has been developing her reputation in the glamorous world. When Jannik Sinner and Maria Braccini’s dubious relationship appeared to be getting pretty out of hand, there were whispers that the two were splitting up.

However, insiders claim that Jannik and Maria broke up in 2021 because the tennis player was upset with some Instagram postings Maria had made about their relationship. According to some reports, Sinner’s way of life and travel schedule may have also contributed to their breakup.

Having said that, reports indicate that the two were reuniting. According to Tennis World USA, TV cameras caught Jannik Sinner and Maria during the Coppa Italia semifinal between Juventus and Fiorentina back in April. Similar to this, Tennis Tonic stated in June 2022 that it’s evident they are a couple again despite their temporary breakup at the end of the previous year.

Maria Braccini is a stunning model and Instagram influencer. She is 22 years old and was born in the year 2000. As of now, Maria’s Instagram is hidden. Since they hardly ever disclosed details of their relationship, the official address never took place.

Even if it hasn’t been confirmed, Jannik Sinner is probably already back on the market for a relationship. It’s been reported that Jannik and Maria split up. The tennis player is said to be single and not have a girlfriend, but we won’t know for sure until they either support or refute the assertions. They might be attempting to keep their connection secret.