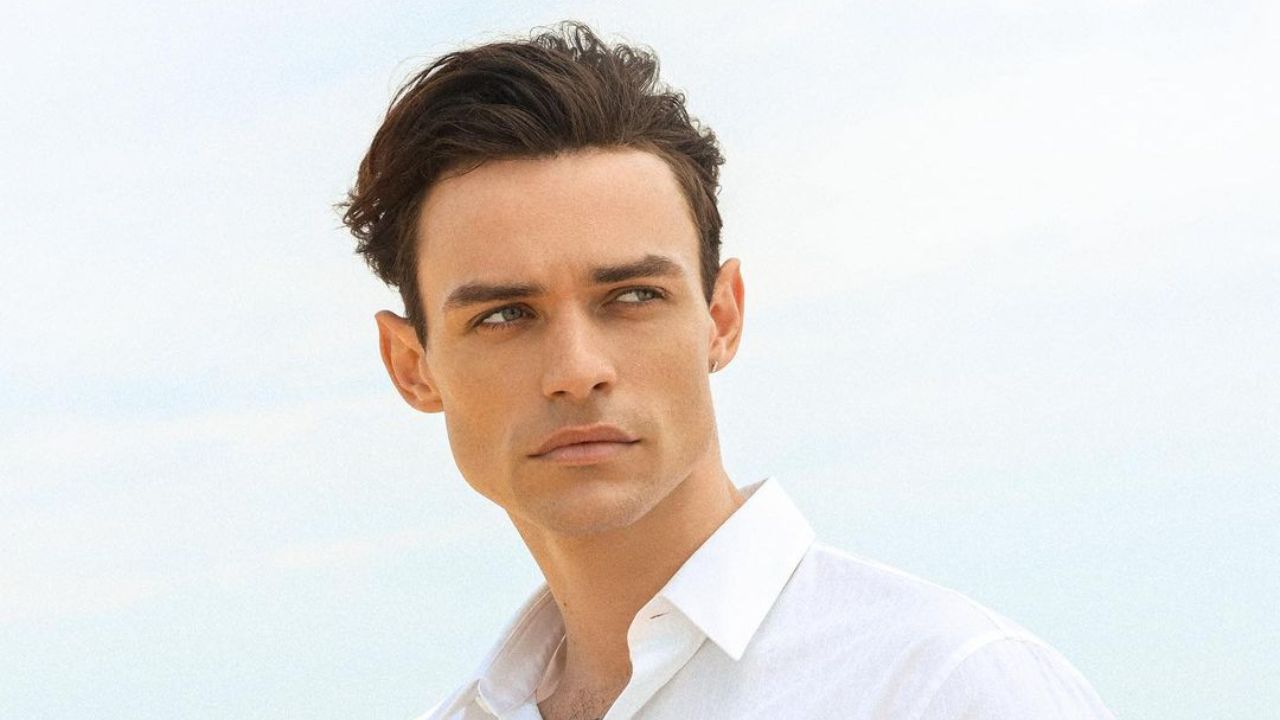 No, Thomas Doherty isn’t gay. Even though ‘The Invitation’ cast plays a role of a pansexual character in the reboot of Gossip Girl, he has always been straight in real life. In fact, he is currently in a relationship with his girlfriend, Yasmin Wijnaldum.

The Invitation, originally named The Bride, is a supernatural horror film that Jessica M. Thompson co-wrote and directed. It was inspired by Bram Stoker‘s novel Dracula. It follows the life of Evie, who after the death of her mother doesn’t appear to have any other living relatives. That is, at least, until she gets a DNA test and learns that Oliver, a long-lost cousin, is someone she never knew she had. She is graciously invited to an opulent wedding in the countryside after finally meeting her newfound family.

When Evie enters the mansion, the charming host, Walter, seduces her, but little does she realize that it is the start of a nightmare. She learns some unsettling family history secrets as she stays longer at the site and is forced into a struggle for survival with the murderous visitors. The film’s quality is improved by the generally darker undertone used throughout, which reflects the frightening story.

The movie was got released on August 26, 2022, in theaters. And on Dec 24, 2022, it arrived on Netflix. Similarly, many people have been wanting to know if Thomas Doherty, who plays the role of Walter, is gay. Well, we’ve got you covered.

No, Thomas Doherty Isn’t Gay: In Fact, the Invitation Cast Is in a Committed Relationship With His Girlfriend, Yasmin Wijnaldum!

Thomas Doherty (@thomasadoherty), who plays the role of Walter De Ville in The Invitation, is not gay. In fact, he is currently in a relationship with his girlfriend, Yasmin Wijnaldum, a Netherlands-born model. Fans might have been interested in his sexuality as he plays the role of a pansexual character in the reboot of Gossip Girl.

Even though Doherty is not gay, he has never accepted labels and has always viewed sexuality as a spectrum. Doherty came to this understanding after playing Max Wolfe in Gossip Girl. His pansexual and flirty character in the show has had many relationships with boys, girls, and even his teacher. Talking about his sexuality, he told Variety that he has always seen sexuality as a spectrum. He explained,

I have always seen sexuality as a spectrum. But playing Max, a pansexual character, was incredibly liberating. It was very educational, and it definitely made me challenge my own preconceived notions, my indoctrination, of ‘This is who you love, this is what you do, everything else is wrong.

Thomas Doherty continued by saying he doesn’t believe in labels and that labels are really limiting. He added,

I think as I get older and experience life a little bit more, you constantly evolve, and you’re constantly growing. I feel like labels limit you. They’re almost walls to your growth.

Talking about his relationship and dating history, he has always been in a heterosexual relationship. Following a split with Dove Cameroon, he started dating Yasmin Wijnaldum in 2021. They were spotted having a PDA-filled encounter while out and about in New York City in March 2021, which sparked reports of their relationship. The couple enjoyed their lunch while leaning in for a kiss, according to E! News. They went for a walk around town after dinner.

Thomas Doherty and his girlfriend started flaunting their relationship on social media around a month after their first spotting. Following the actor’s Instagram posting of a few pictures, some of which included his girlfriend, along with the brief caption “Bby,” things between them appeared to take an official turn.

On the other hand, the model celebrated her boyfriend’s birthday by referring to him as an “angel” in her Instagram stories. The images and videos she posted that day showed that the couple had been dating for much longer than the first stages.

The duo made their red carpet debut in May 2021 when they went to the Grazia Gazette: The Hamptons launch party. More images of Doherty and Wijnaldum, including some with PDA, began to surface on their Instagram account in the months that followed. They celebrated Valentine’s Day on February 14, 2022, and the model posted a photo of herself and her actor boyfriend on her Instagram stories. Happy Valentine’s Day. My favorite person.”  she wrote.

Similarly, Doherty sent his girlfriend a nice birthday message in July 2022. He wrote, “HB to my favorite human, the most beautifully strange, wise, loving human,” along with an adorable photo. Clearly, Thomas Doherty is not gay and madly in love with his girlfriend.