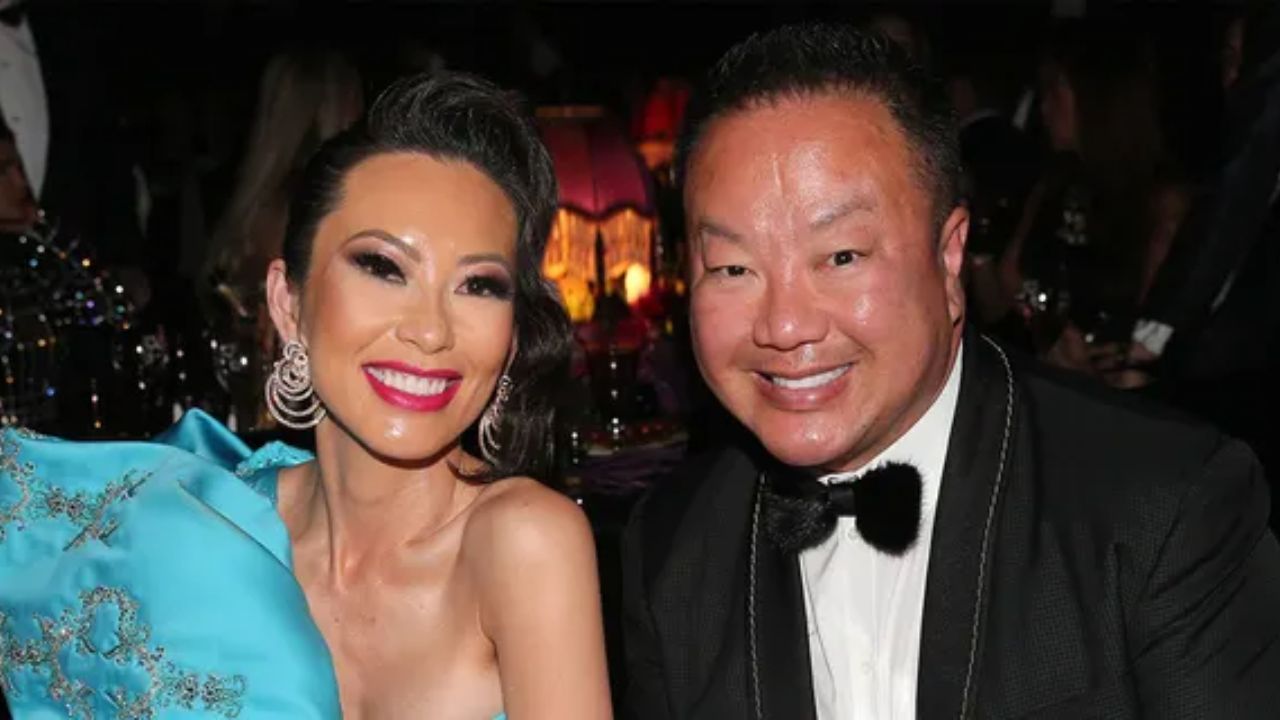 Christine Chiu is not a doctor, but her husband, Dr. Gabriel Chiu, is a plastic surgeon. Speaking about her job, she is a philanthropist, an investor, and a collector of couture. Christine and her husband, Dr. Gabriel Chiu, co-own Beverly Hills Plastic Surgery, a private clinic that caters to several Hollywood directors, producers, and studio executives. Christine Chiu is a member of 27 boards in the Beverly Hills area, including UNICEF’s Chinese Children’s Initiative.

The well-liked reality program Bling Empire on Netflix has captivated viewers for many seasons. The subjects of the television series are the majority of the most affluent people in Los Angeles, California, who are of East Asian or South East Asian descent. Most of the people that fit the qualifications are familiar with one another and communicate frequently.

Netflix’s Bling Empire is a series that moves Crazy Rich Asians from the screen to the real world by highlighting the incredibly glamorous and rich lifestyles of the wealthy Asian and Asian-American socialites. Due to the popularity and money that the show’s cast members enjoy, many people are curious about the series’ stars.

Christine Chiu, one of the most adored characters in the show, has achieved great fame as a result of her alluring demeanor. But a lot of viewers also want to know if she’s a doctor. Fortunately, we are available to offer the same response.

Previously, we touched on Kevin Kreider and Baby G.

Christine Chiu Is Not a Doctor, but Her Husband, Dr. Gabriel Chiu, Is a Plastic Surgeon; Speaking About Her Job, She Is a Philanthropist, an Investor, and a Collector of Couture!

Speaking about her job, she is a philanthropist, an investor, and a collector of couture. According to The Hollywood Reporter, Christine and Dr. Gabriel Chiu co-own Beverly Hills Plastic Surgery, a private clinic that caters to several Hollywood directors, producers, and studio executives. Dr. Chiu is a board-certified surgeon with expertise in plastic and reconstructive surgery.

Christine Chiu eventually made it onto reality TV, even though she may not have made it onto The Real Housewives of Beverly Hills (remember those rumors from 2014?). She is both a producer and a cast member in the Netflix original series Bling Empire, which is about a group of wealthy Asian friends in Los Angeles.

Christine Chiu is a fiery individual. She splits her time between being an active philanthropist and anything related to art and fashion when she’s not working or spending time with her family. Christine has held positions on several boards in Los Angeles, including the Contemporary board at the Museum of Contemporary Art, the Costume Council at the Los Angeles County Museum of Art, and the Los Angeles Fashion Group International.

Christine Chiu is a member of 27 boards in the Beverly Hills area, including UNICEF’s Chinese Children’s Initiative, according to The Hollywood Reporter. She and her husband collaborated with Prince Charles to launch the Chiu Integrated Health Program of the Prince’s Foundation in East Ayrshire, Scotland, in 2019. The initiative offers holistic health and wellness services to the region, which has a high unemployment rate, to address depression, obesity, and women’s health issues, among other challenges.

Christine Chiu gave a speech on September 18 at the Elizabeth Taylor AIDS Foundation’s 30th-anniversary celebration, which raises funds and spreads the knowledge of the disease to offer aid to those who are directly afflicted.

She represented Hate Is A Virus, a charity that fights racism among Asian Americans, when she competed on Celebrity Family Feud with the Selling Sunset ensemble during the summer. In 2019, Christine stated,

I’ve always subscribed to the old saying that to whom much is given, much is required. In addition to being our duty and responsibility, it is in our best interest to maintain the resources necessary for the growth of our community and, even better, to improve them for the benefit of the next generation.

Christine told Women.com that in the future, she aims to further her friendship with Prince Charles through a project that combines her love for the artistry and craftsmanship of dress-making with opportunities for education and work for those who are in need.

She currently has positions on The Blue Ribbon for The Music Center, the Junior League of Los Angeles, the PSLA for Children’s Institute, and UNICEF’s Chinese Children’s Initiative. Christine Chiu also finds time to volunteer for the Step Up Woman’s Network, the Assistance League, and Delta Delta Delta Sorority.