How Is Dance Monsters Filmed/Made? How Does the Netflix Show Work on Stage? 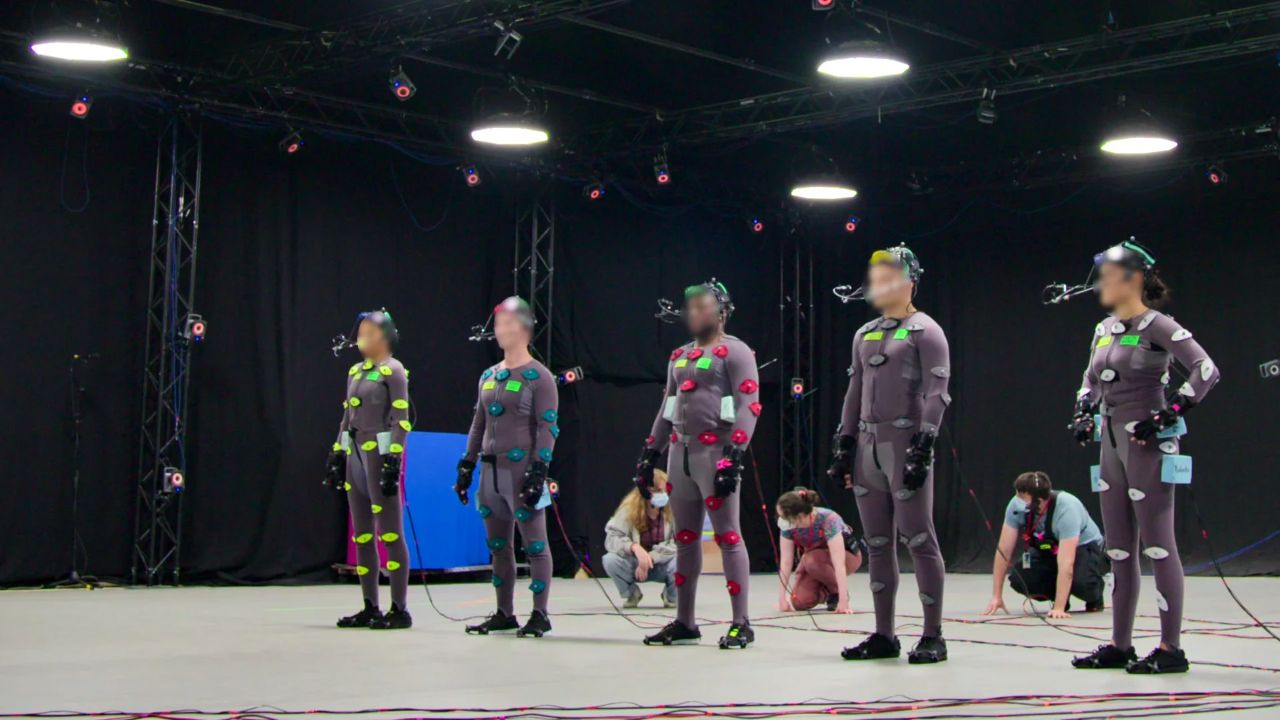 Dance Monsters on Netflix was filmed/made with the help of CGI technology. While the participants show off their moves backstage, the audience and judges see their avatars imitating their moves on the stage.

Dance Monsters on Netflix, hosted by Ashley Roberts, is a reality series with an intriguing idea that will keep you engaged. The participants in these dance competitions are usually eager to impress the world with their skills, but there is a twist. They dance backstage instead of on stage, and thanks to the wonders of technology, their monster-shaped alter egos do the same dances they do as faceless participants.

With its entertaining but original approach, the show is undoubtedly engaging. Since no one is truly looking, the contestants’ anonymity lets them overcome their worries and dance freely. The chance to see fascinating and charming creatures dance is also too tempting to resist.

While we see the participants in their motion capture suits, we don’t get to see their faces. The idea of this show definitely very unique and intriguing. At the same time, many people haven’t really been able to understand how the show was filmed or how it was made. Well, we’ve got you covered.

Dance Monsters: The Netflix Show Was Filmed/Made With the Help of CGI as the Participants Dance Backstage While Their Avatars Imitate Their Moves in Front of the Judges & Audience!

In the show Dance Monsters, the dancers actually “dance like no one is looking.” While their CGI Dance Monster hides their identity and imitates the moves in front of the public and judges, the actual dancers are showing off backstage. This is how actually the show was filmed/made.

The “holographic” monsters onstage mimic the “human” participants’ movements thanks to CGI equipment that is connected to them. Although their faces are blurred to protect their identities, the camera does pan to the candidates so that we can see them connected to the devices.

Regarding the monsters, Netflix claimed that while the show’s characters stood apart, the monsters are more than simply a gimmick. According to the streaming platform: “Each real person behind these monsters has a story explaining why their high-tech disguise has finally given them the confidence to perform for an audience.” We are aware that the show makes use of CGI technology, but what is computer-generated imagery (CGI) exactly?

According to Wikipedia, the use of computer graphics to create or contribute to pictures in works of art, printed materials, video games, simulators, and visual effects in movies, television shows, shorts, advertisements, and videos is known as computer-generated imagery (CGI). CGI is also known as computer animation when the pictures are dynamic (moving images) as opposed to static (still images). Although the word “CGI” is most frequently used to refer to the 3-D computer graphics used to create characters, scenes, and special effects in movies and television, which is referred to as “CGI animation,” CGI may also be two-dimensional (2D).

That said, the avatars make Dance Monsters a delightful game. For one thing, the avatars are excellent. The stories of the dancers, and why they think the avatars will be able to make them freer, are undoubtedly a significant component of the presentation. For a variety of reasons, including the fact that some of them had the proper “look,” several of the participants had to put their ambitions of becoming professional dancers on wait.

Meet the Judges of Dance Monsters!

Ashley Roberts (the host) is there to emcee Dance Monsters, but she is not in charge of deciding which monsters progress and which are sent home. Ne-Yo, Lele Pons, and Ashley Banjo make up the panel of judges that are in charge of making that decision.

Ne-Yo is a singer, songwriter, record producer, and actor who has performed for crowds all over the world while dancing in music videos and on stage. Ne-Yo has experience competing as someone or anything other than himself since, in addition to working as a judge on World of Dance, he also participated in Season 2 of The Masked Singer UK.

Internet star Lele Pons, who is of Venezuelan and American descent, began her career on Vine. Since then, she has amassed over 50 million Instagram followers, a Spotify podcast, and a YouTube Original docuseries. Of course, you can frequently see her dancing on TikTok.

Ashley Banjo is not only the most popular street dancer in the UK; he is also a choreographer and an actor. He has experience in competition shows, just like Ne-Yo. He was a judge on Got to Dance and Dancing on Ice, and his dance group, Diversity, won Britain’s Got Talent in 2009.

What Do the Judges See on Dance Monsters? How Does the Show Work? Read More

Reality Check
What Does the Live Audience See on Dance Monsters? Here’s How the Netflix Show Works!
Profile
Jordan Andino’s Ethnicity: Wikipedia, Parents & Nationality of the Cook at All Costs Host!
Profile
Meet Chef Jordan Andino’s Wife, Erin Nieto: Details About the Wedding of the Cook at All Costs Host!
Reality Check
Is Last Chance U: Basketball Real? Is It Based on a True Story? Or Is It Scripted?
Profile
Jamal Scott From Last Chance U Season 3: Where Is He Now in 2022? Find Him on Instagram!