Herschel Walker’s Wife: Who Is the Candidate for Georgia Senate Married to in 2022? Details About His Ex-wife! 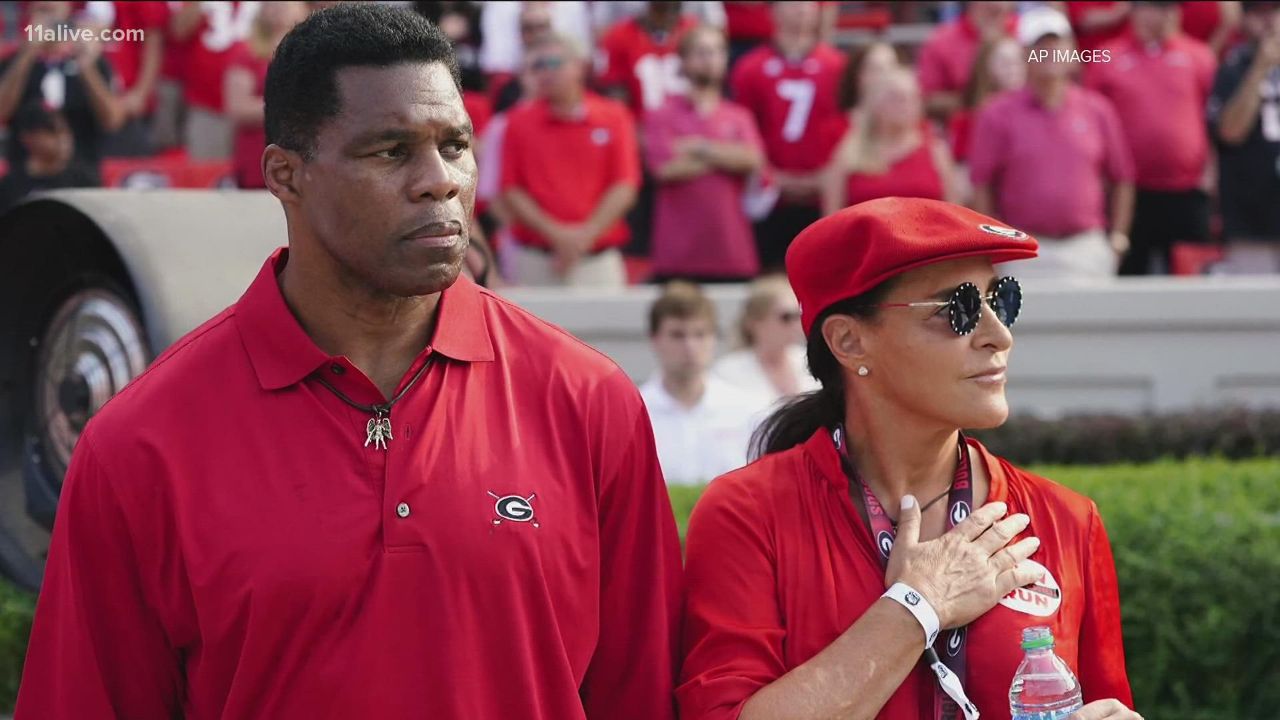 Herschel Walker, the candidate for Georgia Senate, is currently married to his wife, Julie Blanchard. The couple tied the knot in 2021 after being in a relationship for more than a decade. Similarly, the former NFL star has 4 children. While his first son was with his ex-wife, the rest of the children belong to different unidentified women.

Born on March 3, 1962, Herschel Junior Walker is a retired American football running back who spent 12 seasons in the National Football League (NFL).  Walker competed in college football at the University of Georgia, where as a junior he was named Heisman Trophy winner.

Herschel Walker played for the New Jersey Generals of the United States Football League (USFL) for the first three years of his professional career. Walker joined the NFL with the Dallas Cowboys after the USFL folded, and from 1987 to 1988, he earned back-to-back Pro Bowl and second-team All-Pro honors. Walker was sent to the Minnesota Vikings in 1989, a deal that is regarded as one of the most lopsided in NFL history and is thought to have helped establish the Cowboys’ dynasty in the 1990s.

Apart from that, he is also the Georgia Republican’s choice for the U.S. Senate in 2022. With 68% of the vote, Walker won the Republican nomination for the Georgia Senate race in 2022, his first political campaign. In the general election, he ran against senator Raphael Warnock of the Democratic Party. Due to the fact that neither candidate earned more than 50% of the vote, a runoff election was set for December 6, 2022. Since Democrats have already won the required 50 Senate seats, the result will not change who holds a majority in the chamber.

No doubt, Herschel Walker has been receiving a lot of fame in 2022 because of his political career. Similarly, many people are also interested to know about his personal life, including who his wife is. Well, we’ve got you covered.

Previously, we touched on the relationship status of Sheree Whitfield and Karrueche Tran.

Herschel Walker’s Wife: The Candidate for Georgia Senate Has Been Married to Julie Blanchard Since 2021!

Herschel Walker (@HerschelWalker) is currently married to his wife, Julie Blanchard. Blanchard has managed to keep most of her private life out of the limelight even while being married to a prominent star. Blanchard’s age and profession are still unclear, however, it was said that Walker and Blanchard had been dating for more than a decade before getting married in May 2021.

Walker uploaded pictures of himself and his wife at both campaign events and family parties during August and September 2021, despite Blanchard not having her own publicly accessible social media profiles. Additionally, the couple does not have any children together.

However, Herschel Walker does have three sons and one daughter. The second of Walker’s previously unidentified sons was born to a Texas-based woman, and he is now 13 years old, according to The Daily Beast. The other son of Walker is 10 years old, and Christian Walker, who has been important in Herschel’s political activities and public persona, is now 23 years old. He reportedly had the rest of his children with different women after having one son with his ex-wife, Cindy Deangelis Grossman. He previously stated,

I have four children. Three sons and a daughter. They’re not ‘undisclosed’ — they’re my kids. I support them all and love them all. I’ve never denied my children, I confirmed this when I was appointed to the President’s Council on Sports Fitness and Nutrition, I just chose not to use them as props to win a political campaign. What parent would want their child involved in garbage, gutter politics like this?

Talking about his first marriage, Grossman filed for divorce in December 2001, and when Walker continually threatened to kill her and her boyfriend, she went back to court in 2005 to request a protective order.

Walker told Axios in December 2021 that he was responsible for previous acts of violence he had committed against his ex-wife and that people shouldn’t feel “ashamed” about seeking help for mental health issues. He also said that his ex was his “best friend” in the statement.

Georgia Senate Election Between Raphael Warnock and Herschel Walker Has a Bitter Conclusion!

As the runoff election on December 6 draws near, the bitterness of the protracted Senate race in Georgia between Democratic incumbent Raphael Warnock and his Republican opponent, football legend Herschel Walker, has increased. In stark contrast to two years ago, when the state’s twin runoff elections were largely about whose party would control the chamber in Washington, Democrats are already guaranteed a majority in the Senate.

Herschel Walker “majors in lying,” according to Warnock, who recently told supporters in central Georgia that Walker isn’t serious and doesn’t understand the fundamentals of public affairs. “But the election is very serious. Don’t get those two things confused.”

Warnock, the senior pastor of Ebenezer Baptist Church, is portrayed by Walker as a “hypocrite” who is servile to President Joe Biden. Walker names the incumbent “Scooby-Doo,” complete with an approximation of the cartoon hound’s gibberish, to emphasize the insult.