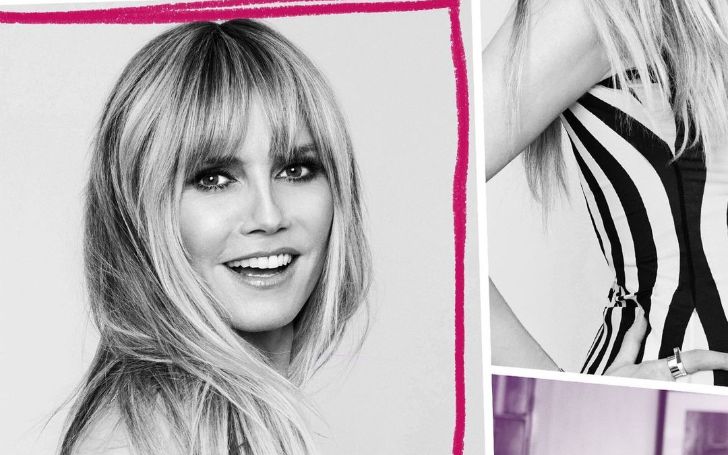 Heidi Klum is a German-American model, television host, producer, and businessman. She is popular for being Victoria’s Secret Angel model. Klum started her career at the age of 18 after winning a contest in her native Germany.

Klum’s career began to take-off after winning a beauty contest in Germany. Subsequently, she moved to New York, where she landed her work in the lingerie company via Victoria’s Secret. Later after seeing her potential, Heidi was selected to cover the 1998 Sports Illustrated swimsuit issue.

Working with the world’s leading fashion brand Victoria’s Secret, made her recognize in the industry. As of now, Heidi is a popular model, actress, as well as a host on Project Runway and judge on America’s Got Talent. Heidi has also worked with some top magazines, such as Vogue, Marie Claire, Elle, and Harpers Bazaar.

After gaining good popularity in the modeling field, Klum branched into acting and first appeared on the political sitcom Spin City with Michael J.Fox. And after gaining commercial success and love from her fans, she shortly got opportunities for the big curtains. As of now, she is popular for some of her blockbuster hit movies like Blow Dry, Ella Enchanted, The Life and Death of Peter Sellers.

In 1997, the supermodel married popular hairstylist Ric Pipino, but unfortunately, the partners decided to call it quiet in 2002. After a year of a split with her former husband, Heidi became pregnant with her first child with boyfriend Flavio Briatore in 2003.

As it was not destined to be, Heidi ended the relationship with her boyfriend, Briatore, shortly before their baby was born. During the period of such melancholy, Klum was supported by British Singer Seal, and on May 4, 2004, she gave birth to her daughter Leni.

In the same year when daughter Leni was born, her life started to take a different direction, more in a positive way as Saul proposed her more in a way every girl ever desire, yes spreading his wings of love at the top of the glacier of Whistler, British Columbia, Canada.

After saying ‘Yes’ to Seal, they got hitched in May 2005 and became parents to their son Henry Gunther Ademola Dashtu Samuel on September 12. Subsequently, they welcomed their second son Johan on November 26, 2006, and daughter Lou on October 9, 2009.

Consider her luck line not being quite favorable with marriages; the couple decided to part their ways ending seven years of their marriage. The actress filed a divorce in April 2012 and later got finalized in 2014.

If we talk about her relationship, she dated her bodyguard Martin Kristen, Vito Schnabel for their years from 2014 to 2017. Finally, she met her soulmate, who is guitarist Tom Kaulitz in 2018 and finally got married in August 2019. As of now, she is in a blissful relationship with Tom, as we sure wish this relationship to stick real hard.

Heidi Klum was born on June 1, 1973, in Bergisch-Gladbach, North Rhine-Westphalia, Germany. However, the 47-year-old model prefers to keep all her professional details far from the media, which is why she is yet to share any details regarding her personal life, siblings, and such.

And stalking all her social media appearances also shows less data related to her personal stuff and information as she seems to be focused on her career and married life. But that doesn’t limit us from getting that information. Make sure to be updated with Blurred-Reality as we’ll provide you with any updates we get hands-on Heidi Klum as well as articles on other interesting Celebrity Profiles.