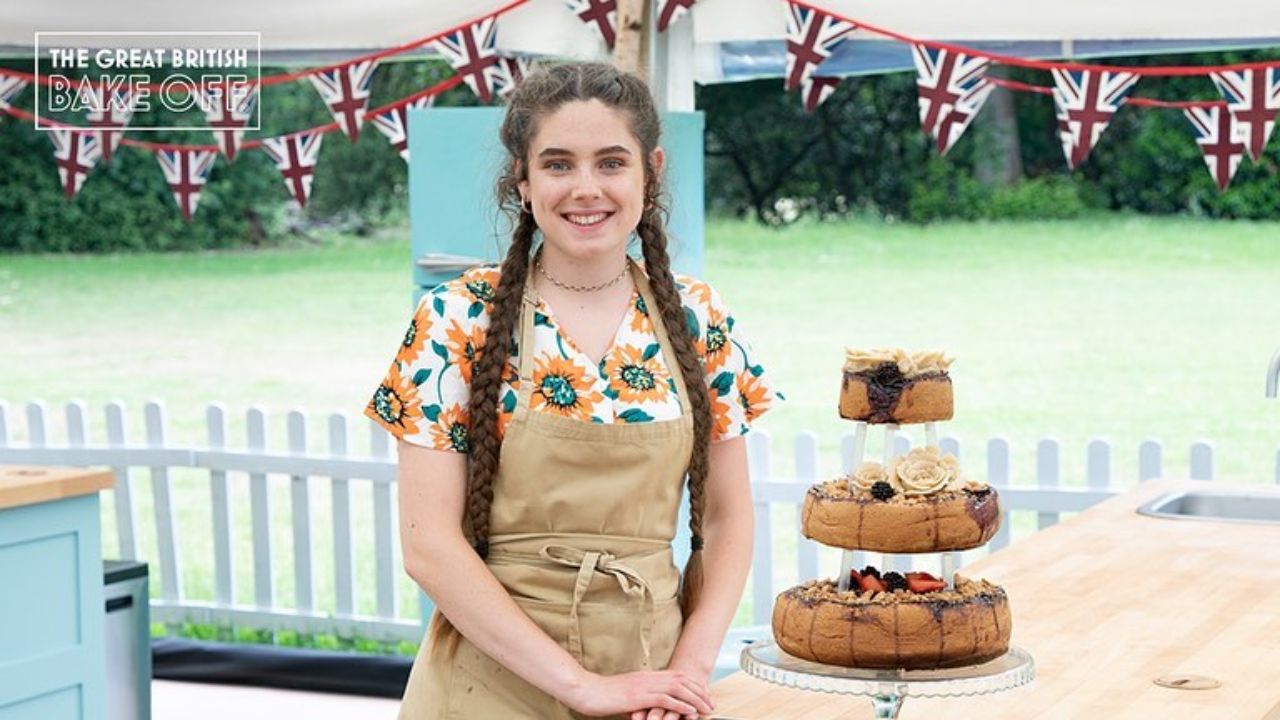 Freya Cox is a 2021 contestant on The Great British Bake Off Season 12 on Netflix. Freya from the baking show GBBO has a Yorkshire accent. Fans wonder about her Instagram and where she is from (Scarborough). Plus, there’s curiosity over her age, eye, and horse riding.

The Great British Bake Off, a baking reality competition show on Netflix, recently made headlines when its first vegan baker, Freya Cox, made use of animal ingredients to make a cake.

The show’s 12th season premiered in September and has received excellent feedback from viewers.

Who is Freya Cox from The Great British Bake Off aka GBBO?

Freya Cox is believed to be the first vegan baker on the latest season of The Great British Bake Off. She is not just a fantastic baker but also works as a model while being a controversial horse enthusiast.

The 19-year-old chooses to live with her parents rather than at university (where she studies psychology) in order to provide care for her horse Winnie.

Cox dreamed of competing in Bake Off when she was nine years old. Her interest in vegan food took off last year when she strived to make classic bakes with plant-based recipes.

Meanwhile, The Great British Bake Off Season 12 in 2021 features 12 amateur bakers competing for the title.

Paul Hollywood and Prue Leith serve as the judges, while Matt Lucas and Noel Fielding are hosting the program.

Bakers attempt three challenges each week trying to impress the judges enough to go through to the next round and eventually are crowned Britain’s best amateur baker.

The Great British Bake Off Season 12 premieres on Netflix on 24th September 2021.

Freya Cox, a 19-year-old vegan, from Scarborough is available on Instagram as freyacox_, where she’s got over 40k followers.

Her Yorkshire accent created quite a social media storm. Addressing this, she said:

Coming from North Yorkshire I do have an accent. I found it very funny how social media exploded at my pronunciation of cappuccino.

I don’t think I can ever order one again! Coming from a smaller town like Scarborough I feel I have been given a great opportunity and I hope I have done them proud. I have had lovely positive comments on social media about being vegan, and ‘It’s A Bit of a Faff’ did become a bit of a catchphrase that people liked. It’s something that I do say every day.

Needless to say, Freya has made quite an impression on fans. Even her eyes have become the topic of curiosity on the internet.