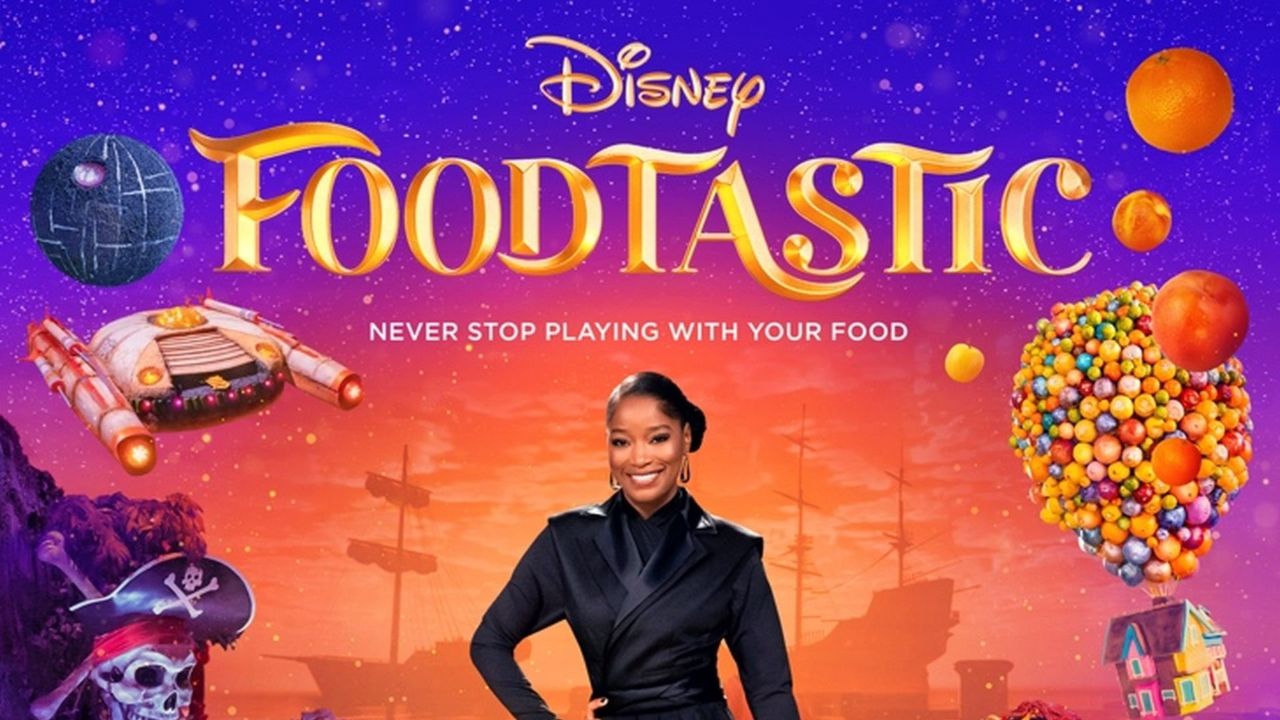 The Foodtastic show premiered on Disney plus on 15th December 2021. The cast & contestants include host Keke Palmer, judges Benny Rivera and Amirah Kassem, and narrator Anthony Mendez, as well as Tai Davis, Jessica Scott, and Liz Marek. Find out the prize for the Foodtastic winner.

Disney Plus's new culinary competition series is the perfect spot to be if you're starving for artwork and would like to make it palatable. Foodtastic is going to be a tasty journey, with all of your classic Disney masterpieces transformed into food!

It is, after all, a contest, which necessitates the presence of a host and a panel of judges to choose who will be the cream of the crop. And, since it's Disney, there'll probably be some magic attached.

So, who will host Foodtastic, who's the narrator, who are the cast, contestants, judges, what's the prize, and what can we anticipate from this delectable adventure?

Talking of the Foodtastic cast, Keke Palmer, an Emmy Award-winning performer and fantastic vocalist, is the host of the show.

The program is described by Disney as highly experienced artists constructing spectacular camera work and larger-than-life monuments solely out of food in this global competition program. Everyday products such as vegetables and butter, as well as fruit and cheese, are converted into pieces of beauty.

You had us at cheese, to be perfectly honest. We've come for a Gruyère Chewbacca — or, to put it another way, a Cheesebacca. Keke is also an exec producer on the series, which gives her a little more leeway in terms of how she does things.

She developed all the voices and the feelings of each and every character on the program, Keke revealed in an interview with Jeandra LeBeauf of Black Girl Nerds.

This is an exciting announcement because it sounds like it will be more than simply another culinary competition program. We're starting to grow hungry. Perhaps it's time for a ridiculously huge fruit-based Cinderella.

Meanwhile, the narrator is Anthony Mendez while the notable contestants include Tai Davis, Jessica Scott, and Liz Marek.

Who are the Foodtastic Judges?

The show features two food industry superstars as judges. Chef Benny Rivera, the founder of NYC's City Cakes, is the first name on the list.

City Cakes is a high end cake shop that takes inspiration from NYC's diverse melting pot and uses it to create gorgeous works of edible art, both stunning and delicious. City Cakes is also known to make some of the world's best cookies, their signature line weighing in at a half pound each.

As stated above, City Cakes focuses on cookies, including a half-pound trademark cookie. To turn it into an even pound, we'll prefer two.

Amirah Kassem, the self-proclaimed florist behind Flour Shop, is the other judge. Amirah's passion for baking stems from her Mexican mother, who instructed her how to cook as well as design.

She also seems to be amusing, as a bogus dish for her on the Flour Shop website incorporates ingredients such as one tablespoon Mickey Mouse and two cups unicorn. Mickey Mouse is certainly one of Disney's favorite ingredients!

While the winner of this competition does not receive a monetary award, they do receive the joy of having their work displayed and exhibiting their talent in front of the entire world.

Foodtastic is streaming on Disney Plus.