Brenna Baker From Blown Away Season 3: Her Elimination, Where Is the Contestant Now? 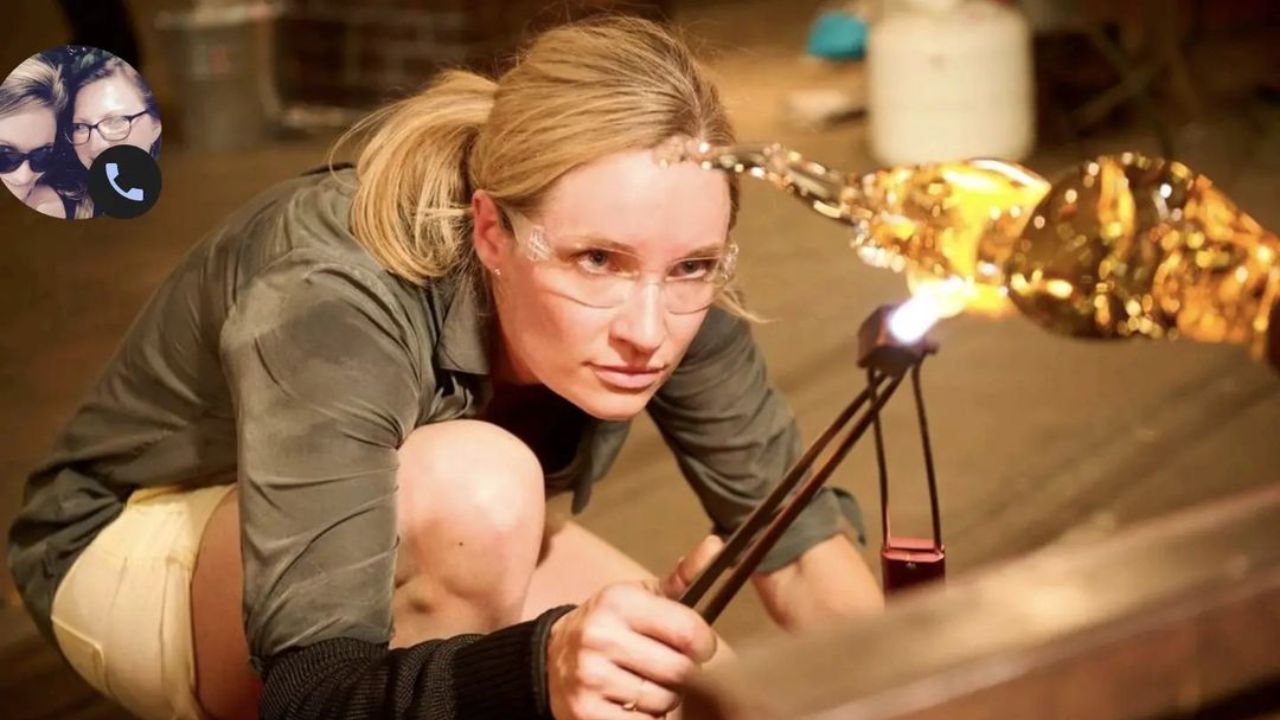 Brenna Baker from Blown Away season 3 is a contestant and a glass artist. Brenna Baker Brown, who has over 20 years of experience and discovered her vocation at a young age, is without a doubt one of the most talented and creative blowers in the business. But tragically, she was unable to complete the task, as she was eliminated and John Moran was declared the show’s winner. Go through the article to learn more about Brenna Baker and find out where she is now.

Before being made available on Netflix as a streaming service, the reality glassblowing competition television series Blown Away had its world premiere on the Makeful channel. Blown Away on Netflix made a comeback on Friday, July 22, 2022, with its third season.

A second round of the first-ever glass-blowing reality TV competition pitted 10 competitors against one another for a chance to win $60,000 in cash and a residency at the Corning Museum of Glass in New York. The contestants will be challenged to respond to a weekly topic created by host Nick Uhas and on-site judge Katherine Gray with original glass designs. One glass artist will be fired each week.

Thus, it centers on ten accomplished artists who compete with one another to win the title of Best in Blow by creating exceptional works of sculpture and art. In season 3, Brenna Baker was one of them. Go through the article to learn more about her!

Previously, we touched on Alexander Rosenberg.

Brenna Baker From Blown Away Season 3: Her Elimination, Where Is She Now, Winner Contestant Explored!

Blown Away on Netflix is a reality competition series that is both imaginative and motivational. Contestants were judged based on concepts, inventiveness, and technical competence, among other factors.

Each week, a topic will be chosen by presenter Nick Uhas (@nickuhas) and resident assessor Katherine Gray (@katherine_gray), and participants will be required to create original glass works. After that, a glass artist will be fired every week.

The creator and director of Hollywood Hot Glass, Brenna Baker (@hollywoodhotglass), is one of the 10 finalists in Blown Away Season 3. Brenna began her career as a glass artist when she was 14 years old. However, she developed a fascination for glass when she was only three years old.

The Blown Away participant had registered for a glassblowing course at the Corning Museum of Glass in Corning, New York. Here, she learned the principles of the mechanical and aesthetic elements required to create beautiful yet functional glass art. She spent a year in Murano, Italy, working as an apprentice for one of the greatest glass sculptors in the world, Pino Signoretto.

Brenna Baker, who has over 20 years of experience and discovered her vocation at a young age, is without a doubt one of the most talented and creative blowers in the business. The fact that she spent a year in Italy working with glass artists, rose her to the position of Master Gaffer at Steuben Glass as the company’s youngest employee. The former New Yorker later moved to Florida, where she established Hollywood Hot Glass in 2013, a hot shop and an art gallery that she is still in charge of today.

Here, she discovered the techniques for producing mechanically and aesthetically pleasing glass art that is both beautiful and useful. The glass artist traveled the world in addition to performing glassblowing demonstrations at the Hot Glass Show.

As of now, private courses, in-depth instruction, live demonstrations, the Your Designs Made by Us program, and the Cremation Creations memorial program are just a few of the services provided by Brenna’s business. She says that the most rewarding part of her line of work is sharing her masterpieces and the full glass-making process with people from all walks of life. Currently, you can either buy her artwork or order various design commissions through the business website.

A work of art based on one of the seven deadly sins: wrath, greed, lust, gluttony, sloth, envy, and pride had to be produced for the fourth episode of Blown Away. They received help from renowned art historian Donna Davies to get through the challenge.

Grace’s original ASMR creation not only dazzled everyone but also earned her a residency at Pilchuck Glass School. However, because Brenna’s design matched that of the glass craftsman Lino Tagliapetra, she was eliminated. She was unable to complete the task due to her elimination, and finally, John Moran was declared the show’s winner.