Who Is Reya in Warrior Nun Season 2? Reddit Users Seek Details of the Character Played by Actress Andrea Tivada! 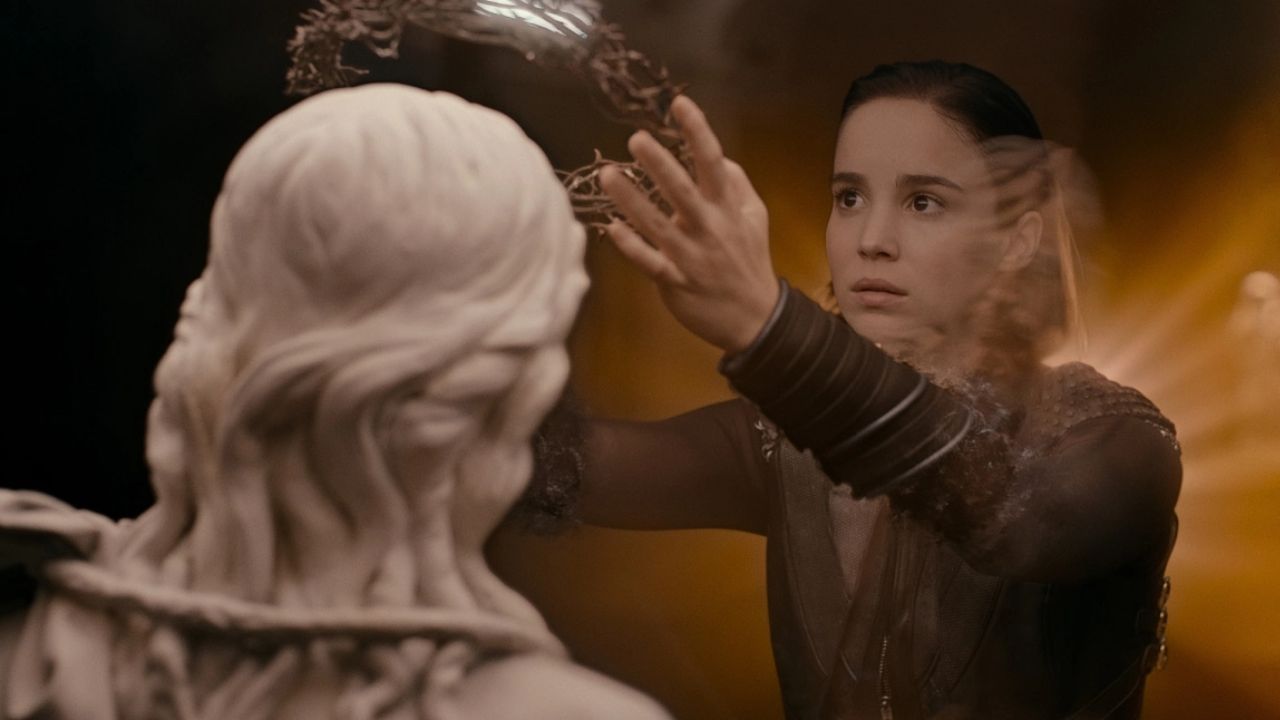 Reya, played by actress Andrea Tivada, is a very strong character in Warrior Nun from the other dimension, which many people in the show call Heaven. Formerly the master of Adriel, she had banished him after he tried to utilize the Halo for absolute power. Similarly, she guides Michael and Ava to defeat Adrial in Season 2. Additionally, Reddit users discuss if she is god.

Netflix has made a name for itself in action-fantasy fiction with shows like The Umbrella Academy, The Witcher, and Wu Assassins. The TV show Warrior Nun is one of the more famous offerings from the streaming service in that genre. The show, created by Simon Barry, is an adaptation of Ben Dunn‘s comic series Warrior Nun Areala.

Both the comics and the television program center on an organization known as the Order of the Cruciform Sword, a division of the Catholic Church made up of nuns. Despite being a comic book adaptation, Warrior Nun has made a few alterations. Some are in place to adapt the story to a different medium, while others are for artistic or storytelling purposes.

Now that Season 2 of the show has arrived on the streaming platform, many viewers got to see their favorite characters again and were impressed with how the season concluded. Apart from the previous characters, some new ones also make their debut in the second edition. Reya is one of the new characters among them who has a major role in the show than other new characters. Many people, especially Reddit users, seek more information about her and wonder if she is a god.

Previously, we touched on Alba Baptista’s net worth and if Mary is really dead.

Reya, Played by Actress Andrea Tivada, Is a Very Strong Character in Warrior Nun Who Was Previously Adriel’s Master and Guides Ava to Defeat Him in Season 2: Reddit Users Wonder if She Is a God!

Up until the fifth episode, a female being is mentioned but without a name. Dr. Salvius tells Michael who she is when they are speaking. He tells that on the other side of the desert, roaming angels discovered him. They led him to a beautiful woman and a metropolis. The woman’s name is revealed to be Reya, played by British actress Andrea Tivada (@andreativa), in Warrior Nun Season 2.

Reya is a very strong character from the other dimension, which many people in the show call Heaven. Before his rebellion, which resulted in his defeat and exile from the realm, she was once Adriel‘s master. Michael was also taken to Reya when he first entered the gateway as a youngster by two angels. She adopted him and kept him in the gleaming city of his castle.

Michael told her mother that Reya was incredibly strong and that she was the person she saw in the footage she obtained from Lilith. Later, Reya would advise Ava on how to take down Adriel. While he maintained his unchallenged dominion over realms, the latter attempted to rid himself of her by keeping her prisoner for all of eternity in the mortal realm.

Reya is the one who instructs Michael on how to kill Adriel and informs him that this is the only possible course of action and the fate he must accept. This meant that Michael and Ava would have to perform a suicide mission in order to detonate the Divinium bomb that Reya had transformed Michael into. Ava declined to do that, but in the final battle, when Adriel was close to Michael’s corpse, she launched an ultimate assault on him by blasting the corpse.

Reya’s larger significance in the overall plot of Warrior Nun Season 2 was indicated. However, it calls into question if Reya is God. The Netflix series bases itself on the common beliefs and teachings of Catholicism. There are disputes about the Devil, angels, and God. Adriel is referred to be a demon, although Lucifer or Satan may actually be Adriel.

Adriel attempted to take control of his realm and utilize the Halo for absolute power but was banished, according to Ava in the series. He was pursued by the Tarasks and ended up on Earth, where he pretended to be an angel and founded the first Warrior Nun. Is it reasonable to suppose that God is the mighty being known as Reya in Warrior Nun Season 2?

Even though she might be, the show won’t accept her as such. When Michael tells Ava the bomb’s secret, he says Reya already knows what will happen. Ava challenges Michael’s faith in an all-knowing God. But Michael won’t refer to her as God. He claims that civilization has distorted reality and asserts that “God is just a name.” Additionally, Areala received Jesus’ crown of thorns from Reya. It was used to negate Jesus’s influence. But that raises another unsettling mystery. It will be interesting to know what the show has to offer us about Reya in the upcoming season (if any).

Before leaving, find out how tall is Alba Baptista and if Warrior Nun is an LGBTQ show.

Does Tully Hart Die on Firefly Lane? What Happens to Her After the Accident? Read More