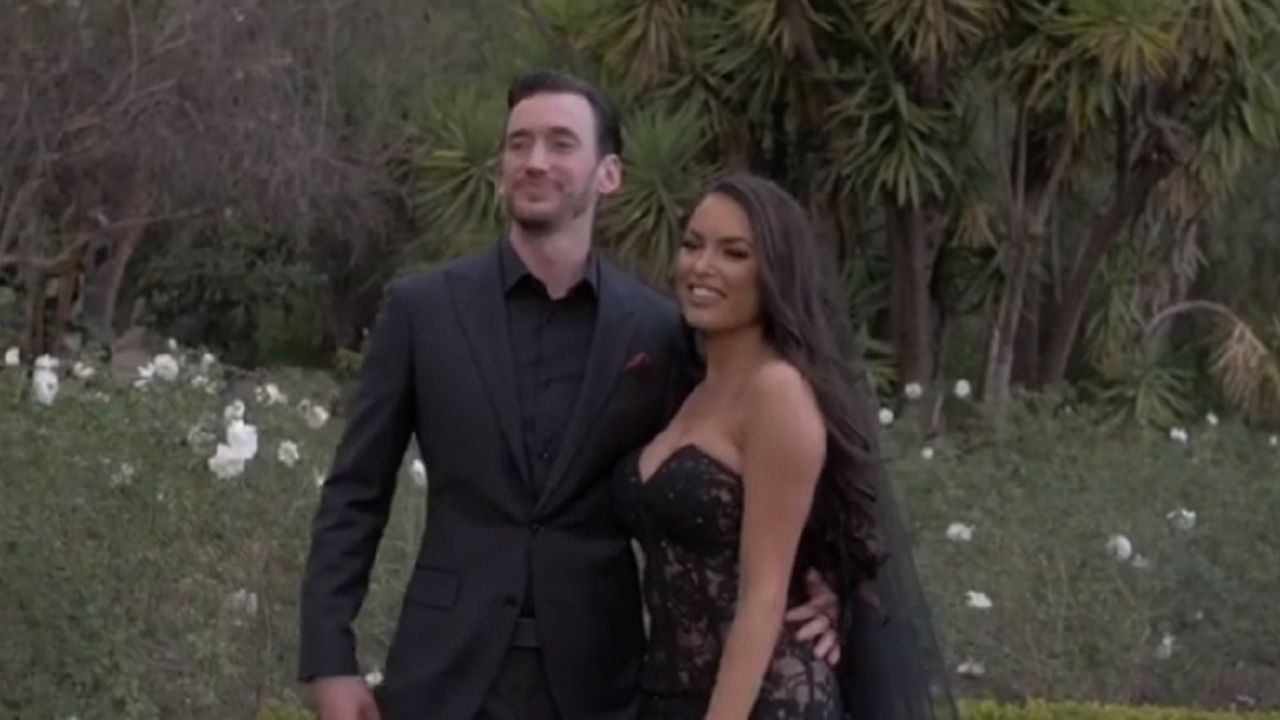 Who is Constance Nunes’s husband? The fourth season of Car Masters: Rust to Riches will debut today on Netflix, and viewers are eagerly waiting to learn about the Gotham Garage cast, Constance Nunes’s husband, and marriage. Constance is currently married to Jared Toller, who is another car enthusiast. Nunes and Jared are very private about their personal lives. Go through the article to learn more about her husband!

The fourth season of Car Masters: Rust to Riches will debut today on Netflix, July 27. The Gotham Garage team designed a unique concept automobile and motorcycle. The fourth season starts with the team focusing on two tasks: building a rat rod from the ground up and modifying a customer’s Elite Laser 917 to be race-ready. The season’s upcoming episodes are focused on a trade-up deal involving a 1957 Chevrolet and converting a historic Army ambulance into a party bus.

Constance Nunes, a competitor, is a model and a TV personality best known for her work on the reality competition show Car Masters: Rust to Riches. The audience is now eager to hear more about her personal life, including her husband and marriage. Well, here is what we know so far!

Who Is Constance Nunes’s Husband: Who Is Gotham Garage Cast Married To?

Model Constance Nunes (@constance_nunes) – rumored to be pregnant – was born in America and has Portuguese ancestry. Clients find her to be a refreshingly honest change in the world of fashion modeling because of her outspoken personality, rough-around-the-edges character, and get-things-done mentality. Her workdays are spent constructing muscle automobiles, such as her 1964.5 Ford Mustang, and shooting pictures for companies.

What distinguishes one automotive program from the others when there are so many to pick from? Car Masters: Rust to Riches, a Netflix program, might provide the solution. Gotham Garage owner Mark Towle put up a crew to repair a strange assortment of automobiles to trade their way up until they had a machine that would bring in big money, and one of the cast is Constance Nunes.

She approaches whatever she undertakes with a special blend of girlish charm and a tomboy mentality. She has a wealth of expertise in the print industry and just made the transition to television, starring in the new Netflix series Car Masters: Rust to Riches.

The model has even worked in the entertainment sector as a stunt performer and background actor, lending her skills to several productions, including Dodgeball and the Bring It On series.

However, even though most reality stars don’t hesitate to openly discuss their relationships, she decided to keep their marriage to Jared Toller largely hidden from the public eye. It doesn’t seem like she’s ever posted a picture of her husband on Instagram.

Although Nunes kept her relationship with Toller private for the most part, she spoke openly about it on the No Focks Given podcast in February 2021.

Constance Nunes’s husband, Jared is another car enthusiast. Constance reportedly stated that she would never date a man who did not share her passion for automobiles. According to rumors, Constance and Jared met at a party through mutual friends. They hit it off right away and realized they both had a love for cars. It did not take long for the two to begin dating because they had a lot in common.

Jared Toller stood by Constance Nunes through good and bad over their lengthy relationship. The pair then decided to move on in their relationship and declared their engagement before getting married in a lovely ceremony at the Newhall Mansion in Piru, California.

Nunes and Jared are very private about their personal lives and like to keep them out of the public eye, even though they have been together for ten years. Jared doesn’t have a significant social media presence compared to Constance, who uses her page for professional purposes. Toller appears to have filed for divorce, at least based on the records.

Additionally, Constance Nunes discussed a purported divorce on the well-known YouTube discussion show No Focks Given. However, as there have been no reports on the matter, we might infer that the court has not yet reached a verdict on this matter. We hope for the best for Constance Nunes and Jared Toller in the upcoming year, no matter what the conclusion of the rumored divorce is.

Relationships, in her opinion, are challenging. She continued, saying,

People often say that, but they seriously underrate the true profundity of that. People believe that if something appears positive on paper, it will also appear positive in practice. And that is just not true.

Before you leave, check out Constance Nunes’ net worth and weight gain.