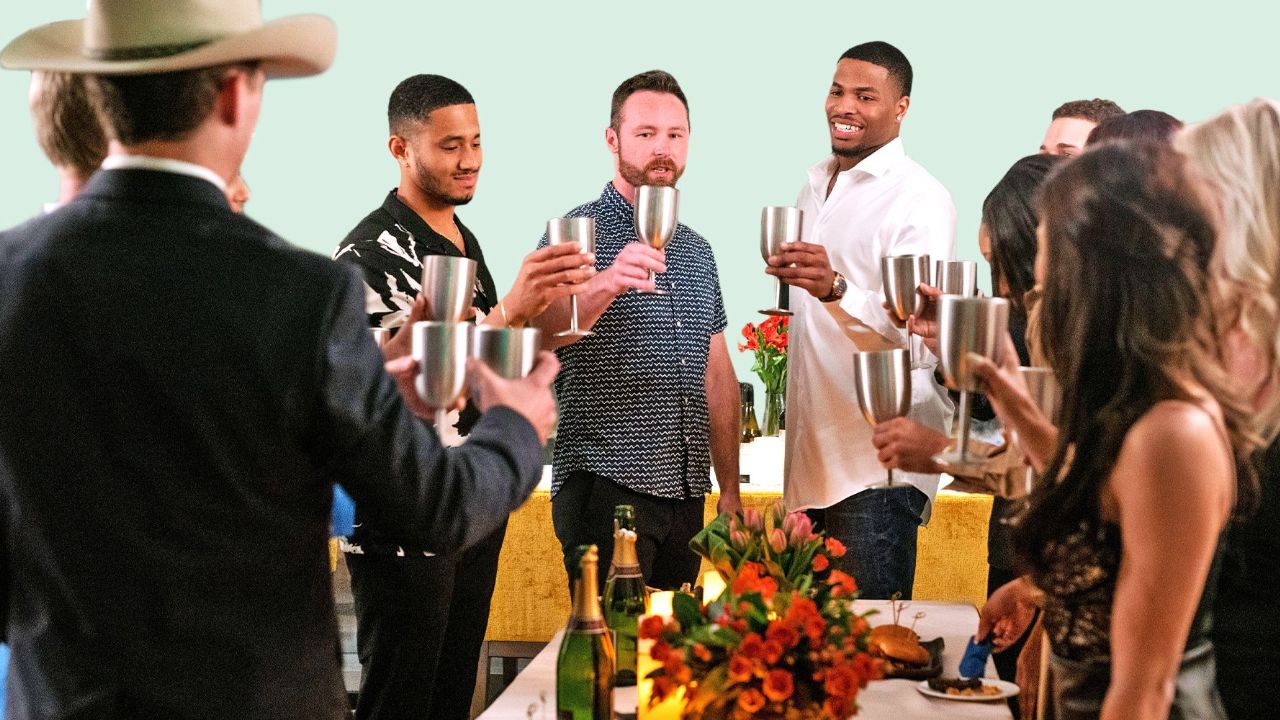 Is love just confined to being together and getting attached every time you meet your partner? No, love is about patience, acceptance, compromise, and living in the moment.

It’s not love when you can be far from your partner and still not think about them. Thus, a new Netflix reality show, The Ultimatum Marry or Move On focuses on teaching its twelve cast members about love, and seeing how patient they are with their partners.

Typically, the show lets the couples swap up their partners, and see if they could form a new connection while they have already been dating their initial connection.

Seeing these people on the show, the curiosity about their professional life and salary has brought the audience into perplexity. Let’s find out the net worth and salary of all the cast members from The Ultimatum Marry or Move On.

Previously, we touched on Colby and Madelyn’s baby and zodiac signs.

The Ultimatum Marry or Move On: Cast Members’ Salary and Net Worth!

The new Netflix production, The Ultimatum Marry or Move On allows its cast members to thrive for love, and fight every emotion that is keeping them away and creating problems in their relationships.

For now, let’s find out the salary and net worth of these cast members.

Born in 1996 in Austin, Texas, the American television reality star, Jake Cunningham (@itsjakecunningham) made his cast on The Ultimatum Marry or Move On.

He participated in The Ultimatum Marry and Move On to sort out his relationship problems with his ex-girlfriend, April Marie. However, seems like their relationship was meant to come to an end at the beginning itself, and with the show’s end, their love connection ended too.

Talking about Jake’s professional field, Cunningham served in the military for 5 years, and later, joined the United States Marine Corps as an Infantry Team Leader in 2015.

After his retirement, Jake works as a sales specialist at Leaf Filter Gutter Protection. Although Jake is yet to reveal his salary, we assume, he makes around $58k annually.

The cast member of The Ultimatum Marry or Move On, Hunter Parr (@papa_parr) had graduated from the University of Austin at Texas and has a degree in Chemistry.

With this degree, he commenced working in research and development at a few different companies, and later, with time, Hunter found his stable job at Oracle.

From his work, we can estimate that Hunter Parr’s salary is more than enough for him to live a lavish life, and his net worth is estimated to be around $50 thousand.

April Marie (@itsaprilmarie) had a heart-breaking time during the shoot of The Ultimatum Marry or Move On. Despite participating in the show with her boyfriend, Jake, by the end of the show, Jake ditched her and she was all alone.

But this didn’t matter to her much as she is bold, independent, and strong. She is financially independent and works as a model. She makes money from collaborating with popular brands and makes a hefty salary each month.

According to some sources, it has been estimated that April’s net worth is around $350k.

One of the cast members of The Ultimatum marry or Move On, Colby Kissinger (@colby_kiss) had the best time in the show. With the show’s end, he got his love, Madlyn Ballatori, and now, he is soon to be the father of his child.

Apart from being a reality television star, Colby has a separate professional field. He works as an event/sales director at Deer Lake Lodge and has been earning his livelihood from it. From his work as a sales director, his net worth is around $87k.

We got to see Alexis Maloney (@alexiselainemaloney) making her cast on the popular reality show, The Ultimatum Marry or Move On.

Maloney joined the show with her long-term boyfriend, Hunter Parr. Not only did she enter the show with him but eventually left the show holding each other’s hands.

Alexis is financially stable and runs a boutique from where she has been living her life. As per sources, Alexis is believed to make around $70k yearly.

The social media influencer, and the reality television star, Randall Griffin (@rl_griffin) rose to the limelight with his cast on The Ultimatum Marry or Move On.

The 26-year-old, Griffin participated to sort out his relationship problem with his girlfriend, Shanique Imari. However, with his presence in the show, the audience’s curiosity about his professional life has increased.

Unfortunately, Randall tends to keep his carer private, and thus that keeps us away from knowing his monthly salary and net worth.

One of the eminent cast members, Shanique Imari entered the cast of The Ultimatum Marry or Move On with her boyfriend, Randall Griffin.

With her appearance on the show, questions regarding her personal and professional life have been surrounding her.

Talking about her professional field, Imari works as a social media influencer and is an entrepreneur. Basically, she owns a lingerie and swimwear company called Syn’s Closet. From this, her annual salary is expected to be $50k.

Rising to fame after being the contestant in The Ultimatum Marry or Move On, Madlyn Mallatori (@madlynballatori) is on the limelight.

As of today, her pregnancy and her married life with her long-term boyfriend, Colby Kissinger have added more recognition than ever.

Although we are yet to know her career field, it is discernible that Madlyn Ballatori is a famous Instagram influencer, and she makes from social media platforms as well, but for now, it is almost impossible to predict her net worth.

Casting on The Ultimatum Marry or Move On, Zay Wilson (@theofficialzaywilson) is a popular American reality star. He came to the show with his girlfriend, Rae Willimas, however, the show acted as a malediction to Zay, and thus, his bond with Rae came to an end.

Wilson is passionate about basketball and has been indulging in it since his schooling years. Even today, he has been playing for his university. Conversely, we are yet to know his career, and that keeps us away from knowing his annual income.

Nate Ruggles (@nathanruggles), a cast member of The Ultimatum Marry or Move On, is the co-founder and COO of Derive Development, a real estate company based in Texas.

Earlier, he had worked as a business developer in a real estate company, Urbanist, and a director at INDEED.COM.

From his professional field, it has been assumed that Nate makes a hefty net worth, and his salary is estimated to be around $58,000.

Filled with excitement, the cast member, Lauren Pounds appeared on the reality show, The Ultimatum Marry or Move On, but it seems like the show wasn’t meant for her, and thus, she couldn’t stay more than a week.

Her unconditional love for her boyfriend confined her in the show, and it was difficult for Lauren to live with someone else. This shows how much love she has for Nate.

Although the show was solely dedicated to love and couples, the audience is invested to know her professional career.

Talking about her educational qualifications, she graduated from college in May 2020, and during this time, she worked as a bartender and her hourly salary was $15.28. As of today, we do not have any information on her stable profession.