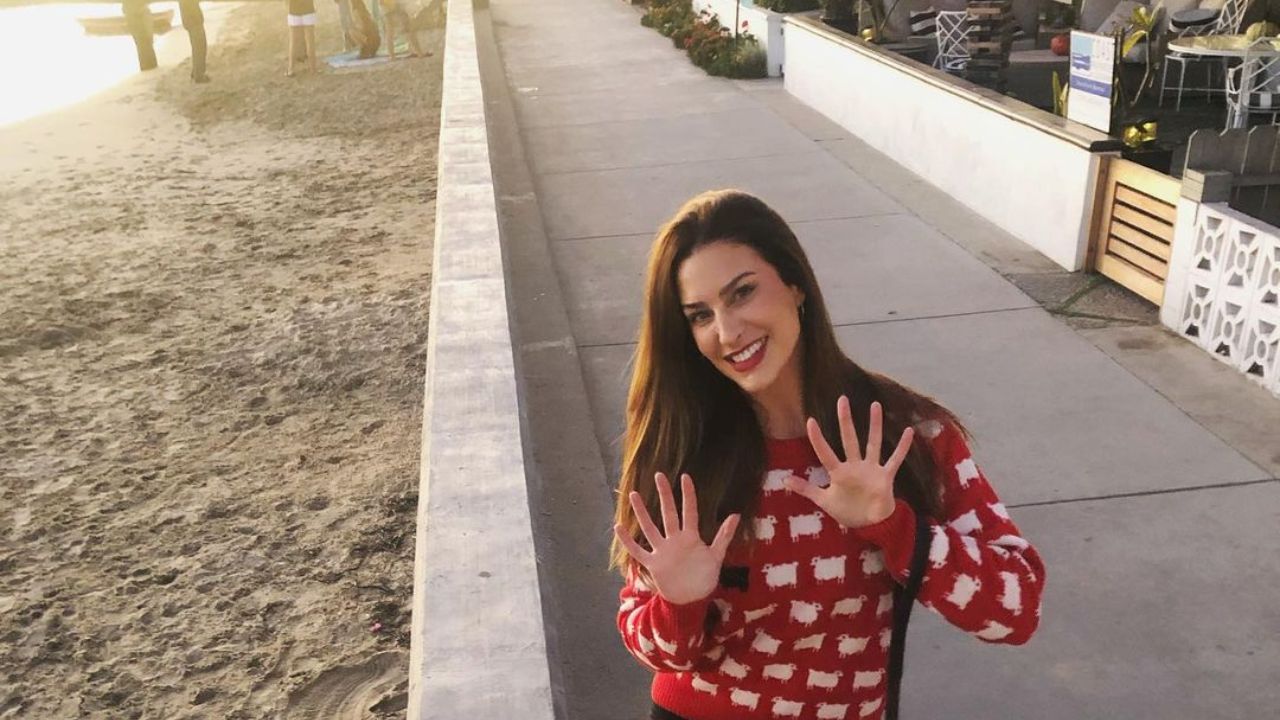 Polly Brindle, the cast of Netflix’s Selling the OC, is a real estate developer and a model, who became part of the modeling industry at the age of 15. She was born on April 1st, 1986, and is 36 years old as of 2022. Polly from Selling the OC is active on Instagram (@pollybrindle) with more than 5k followers. Polly Brindle was married in her twenties but divorced her ex-husband after discovering his infidelity.

With a focus on the staff of The Oppenheim Group’s Orange County, California office, Netflix‘s Selling the OC builds on the success of Selling Sunset. With its stunning locations and exciting drama, the reality show has won over its audience. The series helps the viewers understand more about Orange County real estate and gives them a glimpse into the personal and professional worlds of the realtors who are aiming to succeed in the high-luxury real estate industry.

The Selling Sunset spin-off, Selling the OC, is now available on Netflix, and consumers are eager to meet the agents. Polly Brindle, a realtor featured in the series, attracted a sizable fan base and a great deal of attention. Polly made an impression on the audience right away.

Fans of the real estate program are familiar with the reality star’s career and are interested in learning more about her personal life. Let’s get to know her better.

Polly Brindle, 36, Cast of Selling the OC, Is a Realtor and a Former Model Who Worked for Prestigious Labels!

Polly Brindle (@pollybrindle), one of the cast members of Selling the OC, is a realtor and a former model who worked for prestigious labels like Dior and Aston Martin. Since she relocated to Los Angeles in 2011, Polly has been engrossed in the luxury industry.

Polly Brindle was born on April 1st, 1986, in Lancashire, England, and is 36 years old as of 2022. The reality TV star has a brother named Harvey and a sister named Ellen Burke.

After being discovered at the age of 15, Polly entered the modeling world actively and, during her two-decade career, working with companies like Lancome. She visited cities like London, Paris, and Milan as a result of her profession, which gave her an appreciation for design and architecture.

In 2011, Polly relocated to Los Angeles, California, where she began working in the business and design fields. The realtor had management positions in a boutique architecture firm and a senior business management position before joining The Oppenheim Group.

Polly, who currently calls Newport Beach, California home, is a huge animal lover and party girl. After nearly ten years of residing in the United States, Polly received her naturalization papers in March 2022.

While Polly revealed details of her previous marriage while she was a cast member on Selling the OC, she never revealed the identity of her prior husband, though, and she has kept mum on the subject. Brindle said she had been married for a substantial portion of her twenties but had divorced her ex-husband after discovering his infidelity. According to the realtor, she discovered a picture of her ex-husband with two other women in an inappropriate setting on his phone.

However, it is commonly known that Polly Brindle has strong feelings regarding how her ex-husband violated his vows. She made a special point of mentioning how Kayla Cardona had kissed Tyler Stanaland in front of her. She conveyed, in her customary forthright style, how she felt the behaviors were insulting not just to the latter and his spouse but also to her, considering her past trauma.

Polly Brindle appears to be less interested in dating as of this writing and more concerned with her career and social life. Though rumors of a connection between her and Sean Palmieri (@sean.palmieri) have surfaced, our information suggests that the two are only close friends.

Since it was revealed that Polly would be appearing on Selling the OC, she has been enthusiastically promoting both her business and the appearance. Polly Brindle has more than 5,000 followers on Instagram.