Michael Sam’s Boyfriend: Who is He Dating in 2021? 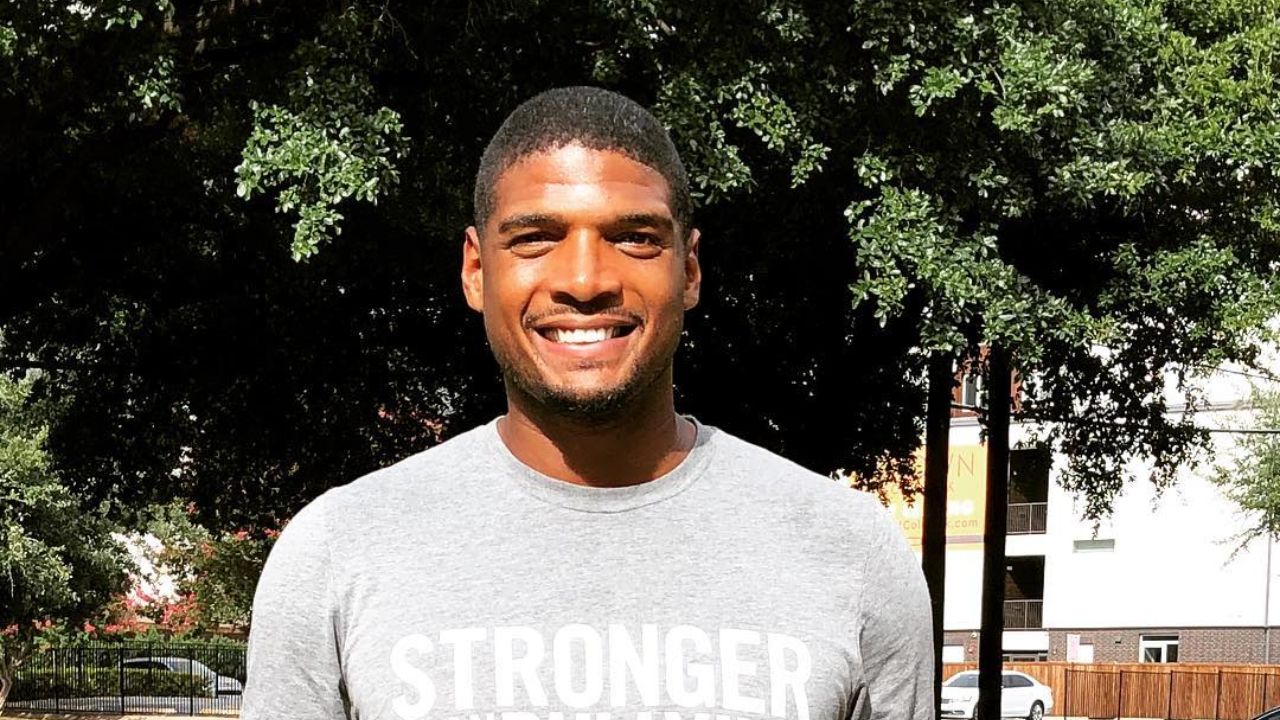 Michael Sam was engaged to his boyfriend turned fiance Vito Cammisano in 2015. They ended their relationship six months later. Fans wonder about the former NFL hopeful’s current husband/spouse. There’s no hint of his boyfriend or dating life in 2021 on Instagram.

Michael Sam, the first openly homosexual football player taken into the NFL in 2014, rejoiced with a kiss echoed across the world on draft night, which was globally aired. In the six years since, it has been a dismal outset for Sam’s slide, both personally and professionally.

Michael Sam recently made brief appearances on Colton Underwood‘s reality show Coming Out Colton on Netflix, which got fans wondering about his current boyfriend and dating life as a whole.

Michael Sam’s Boyfriend: He was Engaged to Vito Cammisano for Six Months!

Michael Sam was engaged for six months with his long-term boyfriend Vito Cammisano before the relationship’s tragic demise. They had been difficult for months, a source told at the time.

Their split became public in mere days after the Supreme Court issued a landmark decision on homosexual marriage. The two met at the University of Missouri, where Michael was a standout football player.

Vito and Michael had been dating since 2011, but they kept their relationship quiet until Michael’s traumatic coming-out narrative made news in February 2014. However, the pair made their love official when Michael became the NFL’s first openly gay man the same year in May.

Michael was ultimately released by the St. Louis Rams, but he largely stayed in the public eye, making use of his versatile talents on Dancing With the Stars in 2015. Vito was by Michael’s side throughout the competition, displaying his support for his partner.

What Happened to Michael Sam?

Michael Sam saw his sports career die without ever completing an NFL action and featured a period of severe drugs and booze, all of which weighed heavily on his personal affairs.

It was f&&king exhausting and mentally draining.

Michael Sam started bawling before kissing his then-boyfriend, Vito Cammisano, on the evening he was finally picked by the Rams in the 7th round – 249th overall, after several mock drafts had him pegged as high as a second-round option.

What was supposed to be a happy event for the SEC Defensive Player of the Year, who had come out publicly months prior to the draft, became a contentious viral video that prompted condemnation from bigots, bullies, peers, and even people within the LBGT community.

The limelight accompanied Michael Sam to Rams training camp when a teammate allegedly labeled him a “f—-t.” The training was promptly halted until Sam received an apology.

That moment was when I earned respect from my teammates.

Having recorded three sacks in the preseason, Sam was still released by the Rams prior to the start of the regular season. The Cowboys recruited him to their practice roster a few days later, but he was cut as well.

Michael Sam celebrated his engagement with Vito Cammisano during the next offseason and then appeared on Dancing with the Stars.

He later joined the CFL’s Montreal Alouettes, while Cammisano remained in Dallas after the couple called it quits on their prospective marriage.

Sam quit the squad for a couple of weeks after informing management that he wished to go home but resurfaced to participate in a match before departing for good.

The last 12 months have been very difficult for me, to the point where I became concerned with my mental health. Because of this, I am going to step away from the game at this time.

Michael, whose Instagram suggests he’s currently single, relocated to Missouri to get a master’s degree in sports psychology but quickly returned to Dallas, where he settled into the same home as Cammisano, attempting to mend their relationship. It did not go as planned.

Sam relocated to Los Angeles for a short time in the hopes of becoming a TV personality but got tangled up in the nightlife, using Ecstasy and drugs and alcohol before returning to Dallas. He strained to get work there, calling out to sports and LGBT organizations to no luck.

No one would give me a job. Where was the support that I got for coming out? I felt like I was used by everyone.

Sam learned in 2018, following an ayahuasca trip in Peru and a solo backpacking tour around Europe, that he can’t do everything alone. Sam has recently returned to Dallas, quit hard drugs, and prioritized his ties with his estranged family.

He wishes he was still playing football, but he knows he wouldn’t have a relationship with his family if he was a part of the NBA.

Coming Out Colton is currently streaming on Netflix.

Miguel Venegas From I Am a Killer: Where Is He Now? Reddit Users Discuss the Texas Residents’ Release Date! Read More

Profile
Nasim Irsan From I Am a Killer: How Was He Involved in the Death of Gelareh Bagherzadeh & Coty Beavers? Where Is He Today?
Profile
Anthony Standifer From I Am a Killer: Why Did the Kansas City Crip Gang Member From Missouri Kill Beverly Crowl?
Profile
Toby Gregory From I Am a Killer: Why Did the Missouri Native Murder His Wife, Inez Tulk? Learn About Their Son!
Reality Check
Is Camille Pregnant in Emily in Paris Season 2? When Did She Find Out About Her Pregnancy?
Reality Check
Was Emily in Paris Actually Filmed in Paris? Filming Locations of Season 3 of the Show!