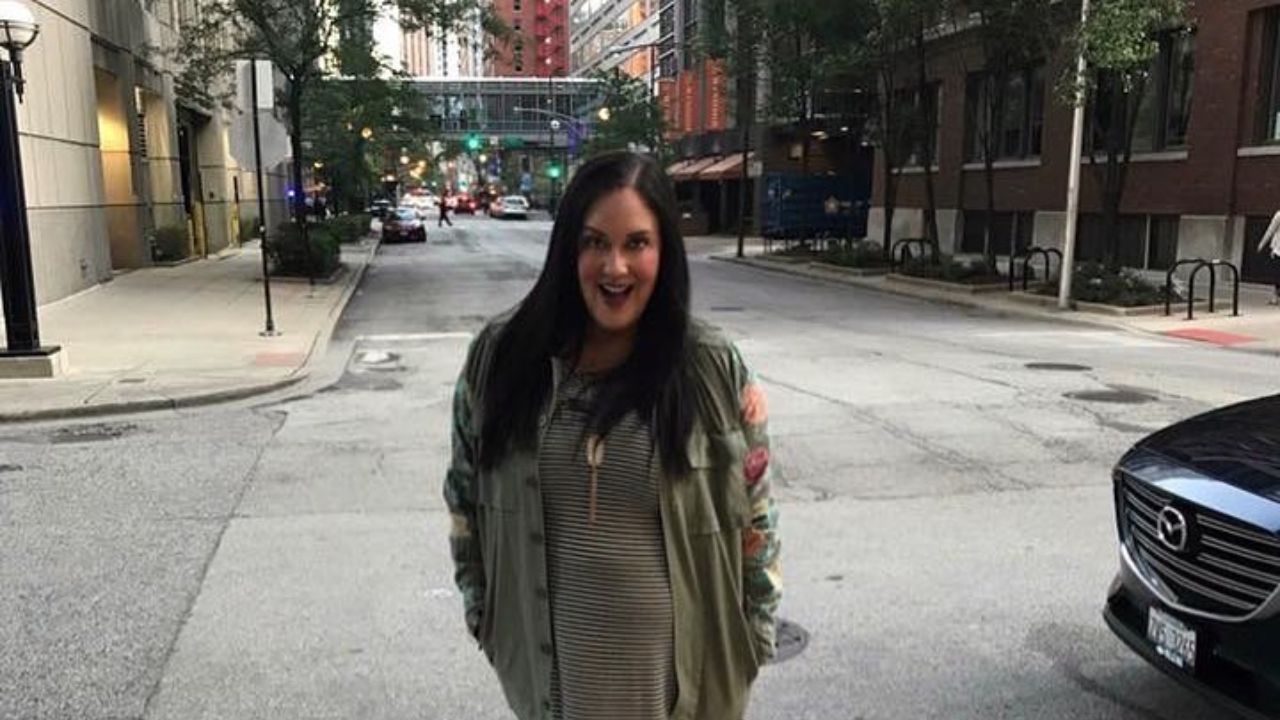 Courtney Harwood is a cast on Amazon Prime’s LuLaRich. She shares her experience working as a retailer in the controversial clothing firm LuLaRoe.

LuLaRoe, a clothing company, experienced a boom in prominence in the early 2010s as a result of its vivid, striped leggings. However, the firm’s business practices were scrutinized owing to its popularity.

The Amazon Prime Video original series LuLaRich tells the story of a firm founded from humble origins. However, LuLaRoe has been the focus of numerous disputes in recent years.

Courtney Harwood from ‘LuLaRich’ Worked as A Retailer for LuLaRoe

Courtney Harwood began working with LuLaRoe in March of 2015. She had three kids at the time, including twins. She noticed LuLaRoe through a Facebook page and purchased a few items from one of the firm’s dealers.

When people in her network expressed an interest in them, she investigated the possibilities of becoming one of their retailers. Harwood was employed in marketing at the time, and because her position required her to work long hours, she hated not getting enough time to spend with her family.

The appeal of staying at home with family while generating money was too enticing to pass up, as it was for so many others who became LuLaRoe merchants.

Courtney Harwood resigned from her full-time work just a few months after starting with LuLaRoe. It was the craziest thing she had ever done, she admitted, but she was making crazy money, too, so it felt fine for her.

DeAnne – the founder – carried a fondness for her, and she felt like she’d discovered her tribe. Courtney also revealed on LuLaRich that her family was in debt prior to her association with LuLaRoe. She had to get a loan when she found out she needed to pay $5000 to join.

Courtney, regardless, was ecstatic about the intriguing prospect. Moreover, she saw that there was a continual drive to hire more staff because that was how retailers earned their bonuses.

Just as retailer Ashleigh Lautaha (whose net worth saw an exponential rise), she quickly advanced to the company’s highest tier (mentor), which generated a heftier bonus check.

Harwood stated on the documentary LuLaRich that the most she ever made on a bonus check in a month was more than $50,000. However, as the hiring process persisted, the newer members struggled to make a profit.

Courtney was asked to visit DeAnne and Mark Stidham in California after taking up the position of a mentor.

They asked me to bring my husband. We were basically separated, sleeping in separate beds. But he came. They said that if he quit his job to help me sell LuLaRoe, it would bring us together. That I should focus on being subservient to my husband.

DeAnne reportedly pushed Courtney Harwood to get a gastric sleeve installed in Tijuana, Mexico, in November 2016. Another ex-retailer had a similar incident, claiming that DeAnne informed her she wants her leaders to be a size small or medium.

Meanwhile, check out the full list of the cast and find out if Sam Schultz will go to prison!

What is Courtney Harwood Doing Today?

Courtney Harwood ultimately resigned from LuLaRoe in January 2018. She admitted in the Amazon Prime Video program that she used to struggle to make ends meet and had to sell her house and declare bankruptcy.

The amendments in the refund policy also impacted her, as she stated that she still had about $40,000 in LuLaRoe stuff with her. Courtney revealed on the Amazon Prime show LuLaRich that LuLaRoe owes her about $100,000 in total.

She appears to be in a much better position now and resides in Greenville, North Carolina, with her entire family. Courtney Harwood has also recently begun serving for a healthcare organization.